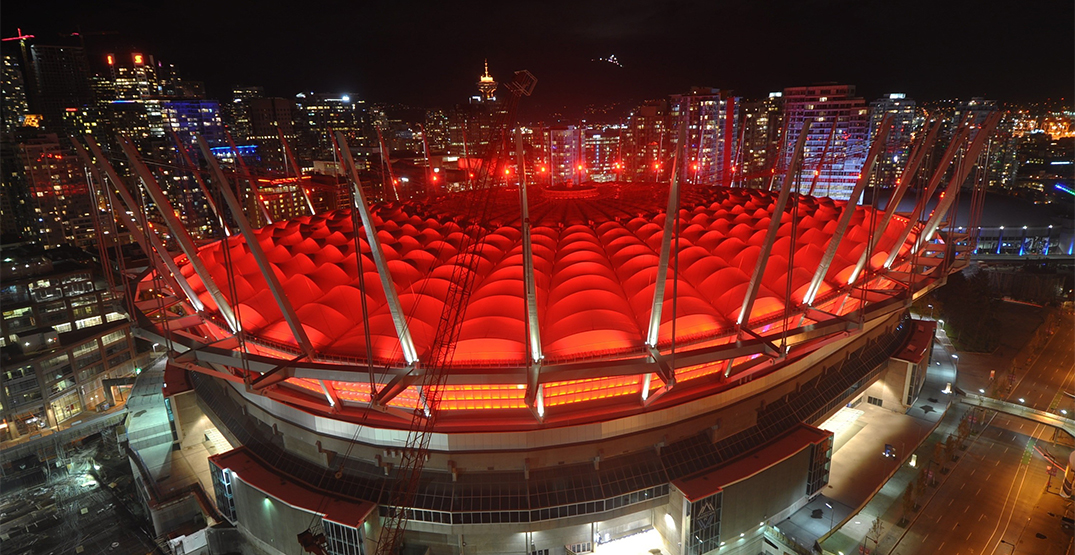 BC Place stadium in downtown Vancouver lit up red Friday night in celebration of the Lunar New Year.

“BC Place will light up red today to celebrate the Year of the Ox,” BC Place said on Twitter. “Wishing you a year of health, happiness and prosperity!”

Happy #LunarNewYear BC Place will light up red today to celebrate the #YearOfTheOx Wishing you a year of health, happiness and prosperity! pic.twitter.com/V76Ktic4dB

The Lunar New Year is celebrated in many Asian cultures and also by many Indigenous people here in BC.

Several Vancouver neighbourhoods and landmarks have been decorated for the occasion, including Rogers Arena which set up special banners for the Canucks hockey game.

Beautiful red and gold lanterns have also appeared in New Westminster’s Sapperton neighbourhood as residents there welcome the new year.

Vancouver boasts several great eateries for Lunar New Year, and there are also many locally made gifts to celebrate the event.