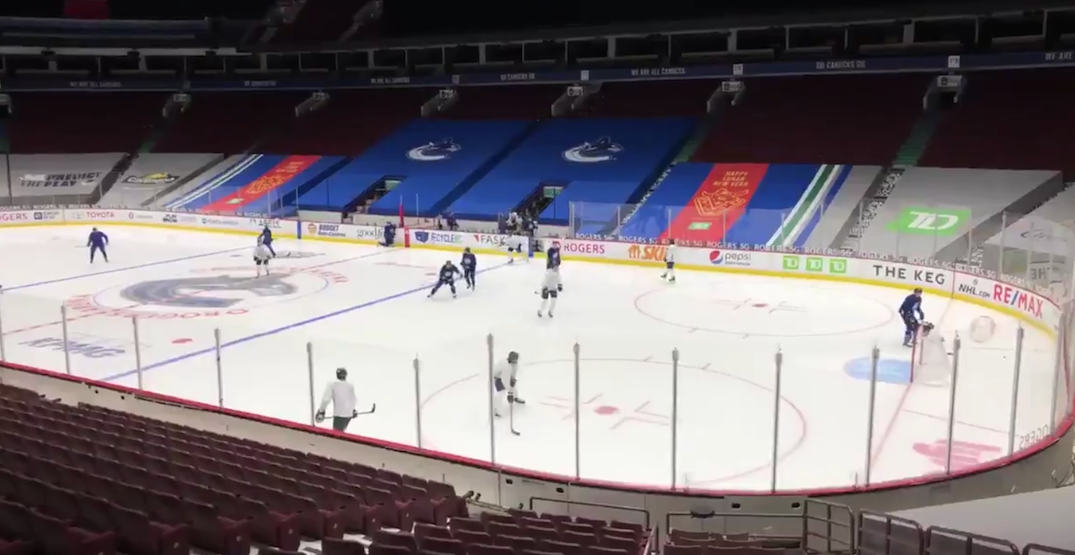 The Vancouver Canucks are celebrating the Year of the Ox in style tonight.

The first of many theme nights at Rogers Arena this season, the Canucks will be rocking red jerseys during warmup for Lunar New Year — which has become an annual tradition for the team.

Special features of the jersey include:

While the team will change into their usual jerseys for the game, it appears there will be a Lunar New Year presence on the television broadcast.

Set up prominently inside both blue lines are red banners that say “Happy Lunar New Year,” which will be visible on tonight’s television broadcast on Sportsnet.

The Canucks will hope the new year brings them luck, as they could use some to get out of a five-game losing streak. Their next four games are critical to their place in the North Division standings, as they play four straight games against the Calgary Flames.