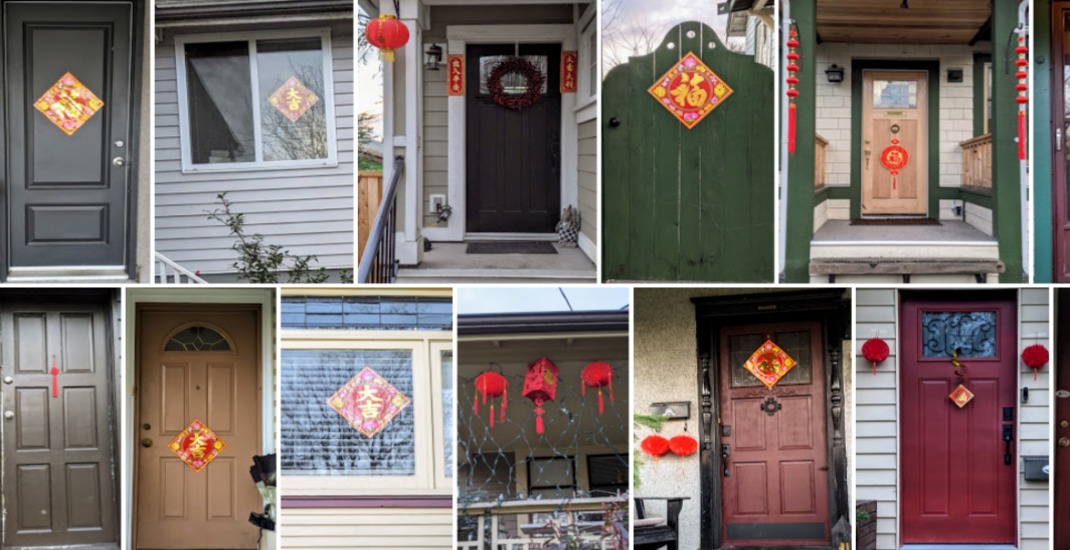 If you have visited New Westminster’s Sapperton neighbourhood lately, you may have noticed rows of decorated homes.

The decorations aren’t old Christmas lights or garland waiting to be taken down from the holidays; instead, they are beautiful red and gold paper lanterns and ornaments to celebrate Lunar New Year. 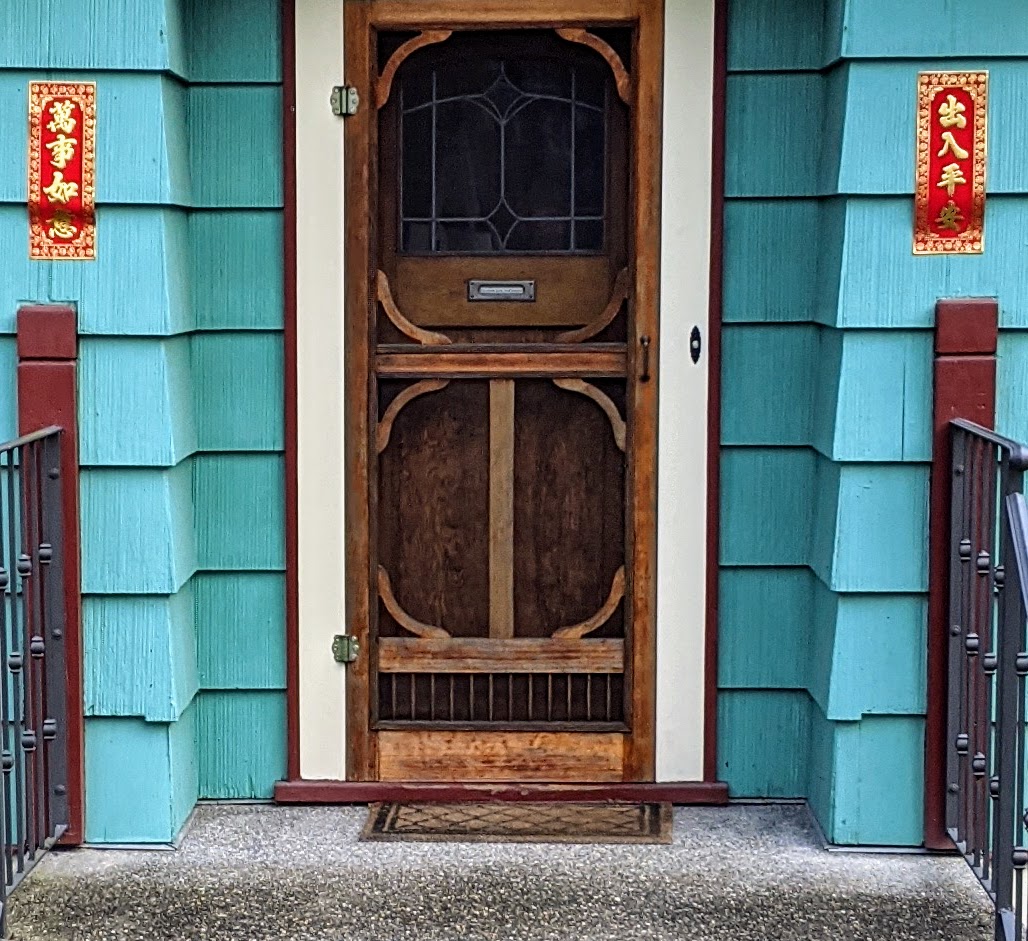 Sapperton resident Elaine Su wanted to make Lunar New Year spirited and magical for her son in an effort to get him excited about their cultural identity and celebrations.

“I was inspired to reach out to my neighbours after seeing how much my son enjoyed looking for pumpkins at Halloween and lights and wreaths at Christmas,” Su told Daily Hive.

“I realized that he wouldn’t get the same feeling at Lunar New Year without seeing his neighbourhood celebrating with him. It wouldn’t feel like a proper community celebration,” she said.

“It made me feel really sad, and I wanted to find a way to lift up our cultural celebrations so that they would seem equal and important to my son. So I wrote a letter, delivered it to our neighbours in the closest few blocks, and hoped a few people might respond.”

Our neighbourhood is absolutely full of fu diamonds and red lanterns. You literally can't walk past two houses without seeing a LNY decoration. pic.twitter.com/Csi5qt3WSp

Su expected only a few neighbours to help her out, but she was pleasantly surprised by the response.

“In my letter, I expressed an open-ended invitation for my neighbours to share their culture or unique experiences with me too, and I’ve received some wonderful messages and even gifts from neighbours about everything from Vietnamese Tết to Scottish Hogmanay.”

Su says about two-thirds of the homes in the neighbourhood are currently decked out in red and gold. That’s 70 people not only showing support for her idea but also coming together to share personal stories of ancestry, immigration, and struggle.

Neighbours are now stopping her on the street to express how happy they are about the way they’ve been able to come together, an act that Su deems to be anti-racist “because it’s a story of neighbours visibly and proudly embracing a culture that is not their own in order to make one neighbour’s children feel more supported, welcomed, and loved.”

Su says she recognizes this community movement as anti-racist because it was accompanied every step of the way by education and care. Neighbours began asking her and each other if they were doing things in respectful ways and whether their decorations were put up in a manner that would honour Lunar New Year traditions. 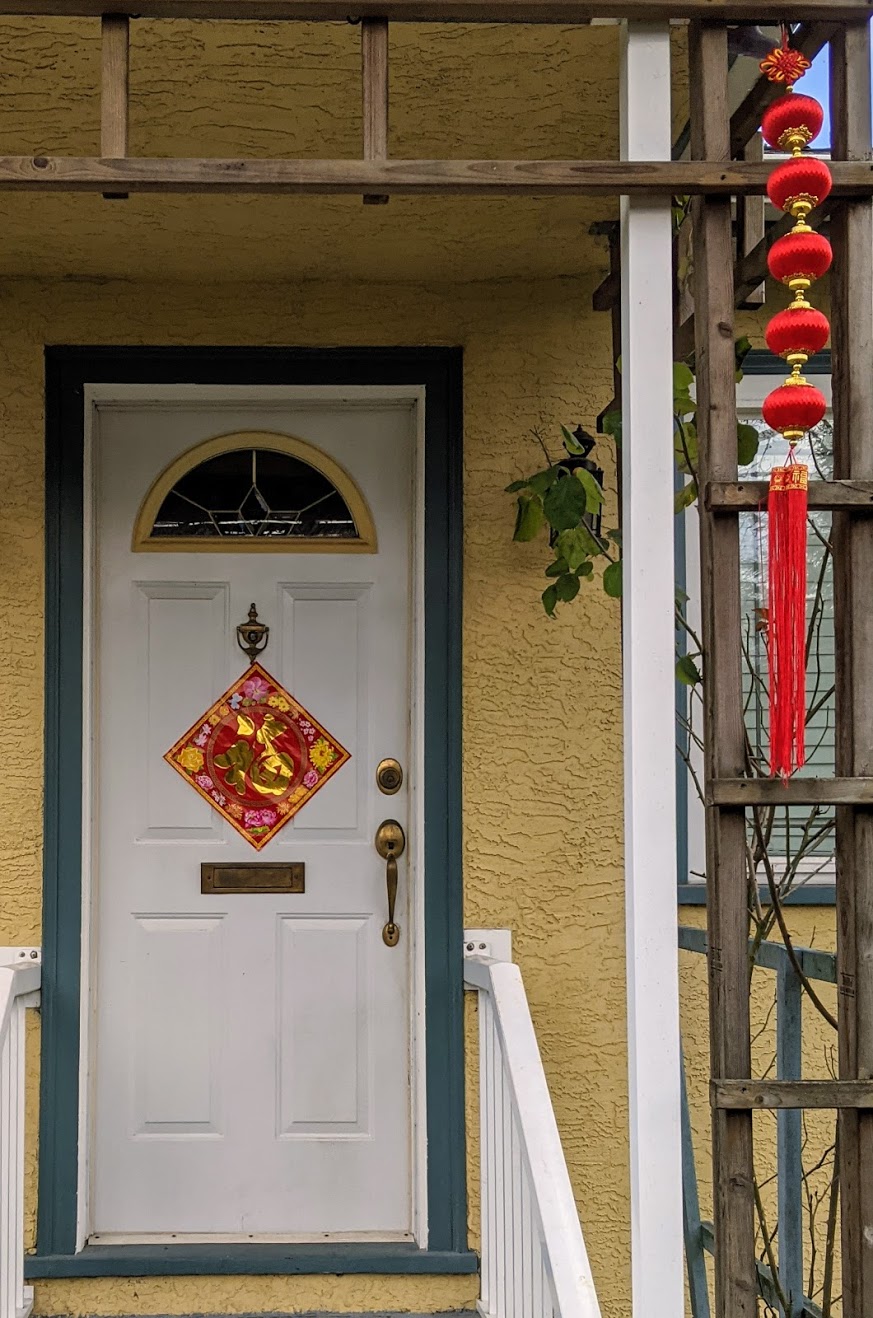 “Everyone has been so careful to ask important questions, to make sure that they are celebrating and honouring without appropriating or tokenizing, and that has shown me so much about my neighbours,” she says.

Creating an environment where everyone feels comfortable and confident in bringing their cultural identity to the table is Su’s way of encouraging these acts to happen more often.

“To see all these decorations on people’s houses is a feeling of acceptance and reciprocity that I’ve truly never felt before in this country,” she said.

“So many people have gone out of their way to let me know that my culture is valued and celebrated.”