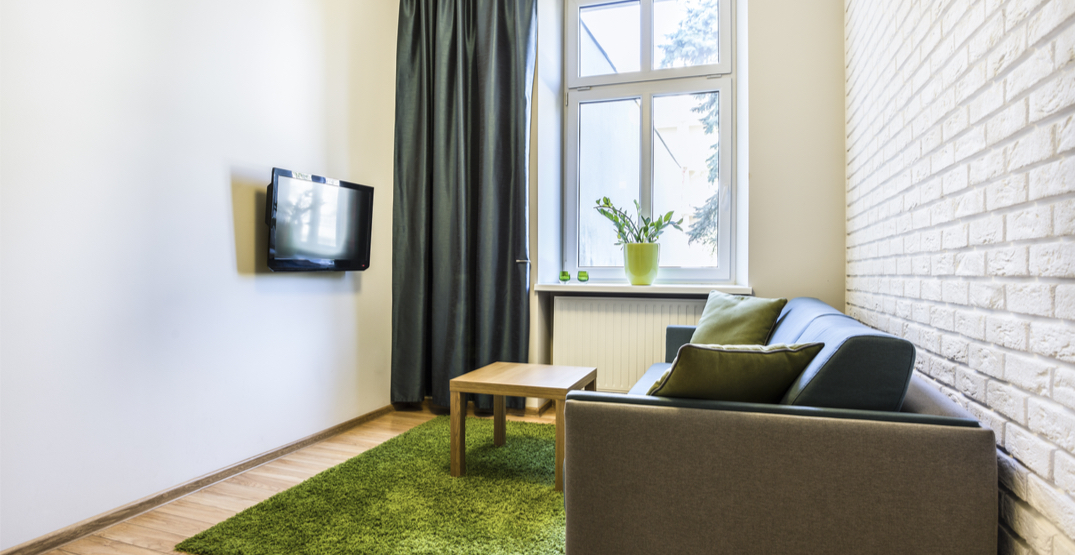 Rent is expensive in Canadian cities like Toronto and Vancouver, and the tinier you go, the more you pay.

According to the April National Rent Report from Rentals.ca, average rents across Canada have been pretty flat since November 2021 and winter is usually the slowest period for rental activity.

“After a period of steady declines, Toronto has bounced back strongly as rental rates continue to steadily rise heading into March,” reads the report.

“The average rental rate in Vancouver has risen sharply over the recent months, with rents in downtown Vancouver up by more than 30% annually.”

So overall, they say that the Canadian rental market is going back to pre-pandemic levels with Vancouver and Toronto leading the charge.

Most expensive rentals in Canada

The most expensive rentals in the country (in terms of cost per square foot) are studios in BC and Ontario.

This chart highlights the most expensive unit types in Canada. The price per square foot for studios in BC is $3.74, and in Ontario, it’s $3.72. 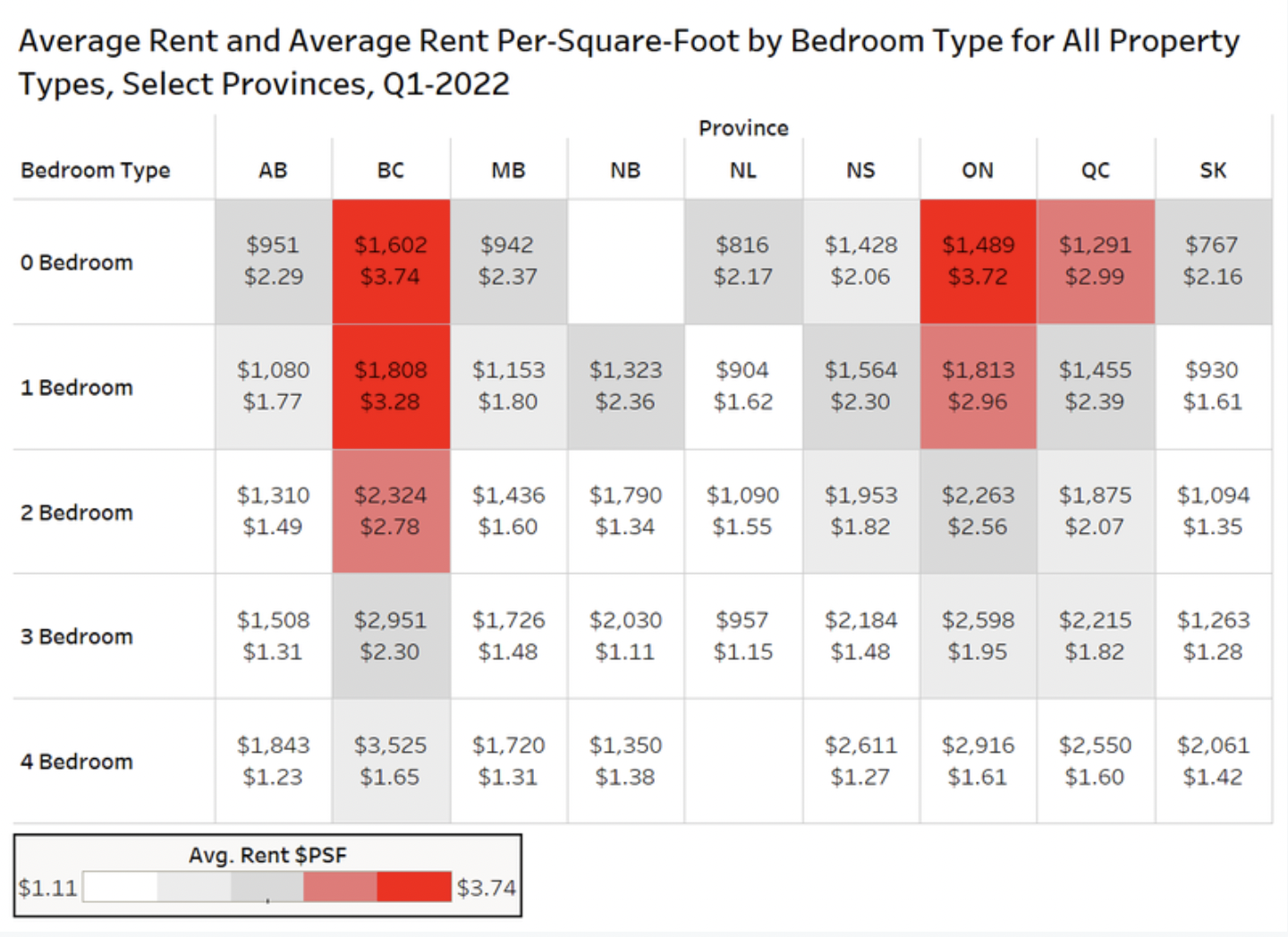 In BC, one-bedroom units are the third most expensive kind of apartment, following the studios closely at $3.28 per square foot.

Both BC and Ontario continue to be the most expensive provinces for asking monthly rental rates. In BC, the average is $2,200 per month and in Ontario, it’s $1,995.

Between January 2019 and March 2022, the change in the average rent-per-square foot hasn’t changed a lot overall. 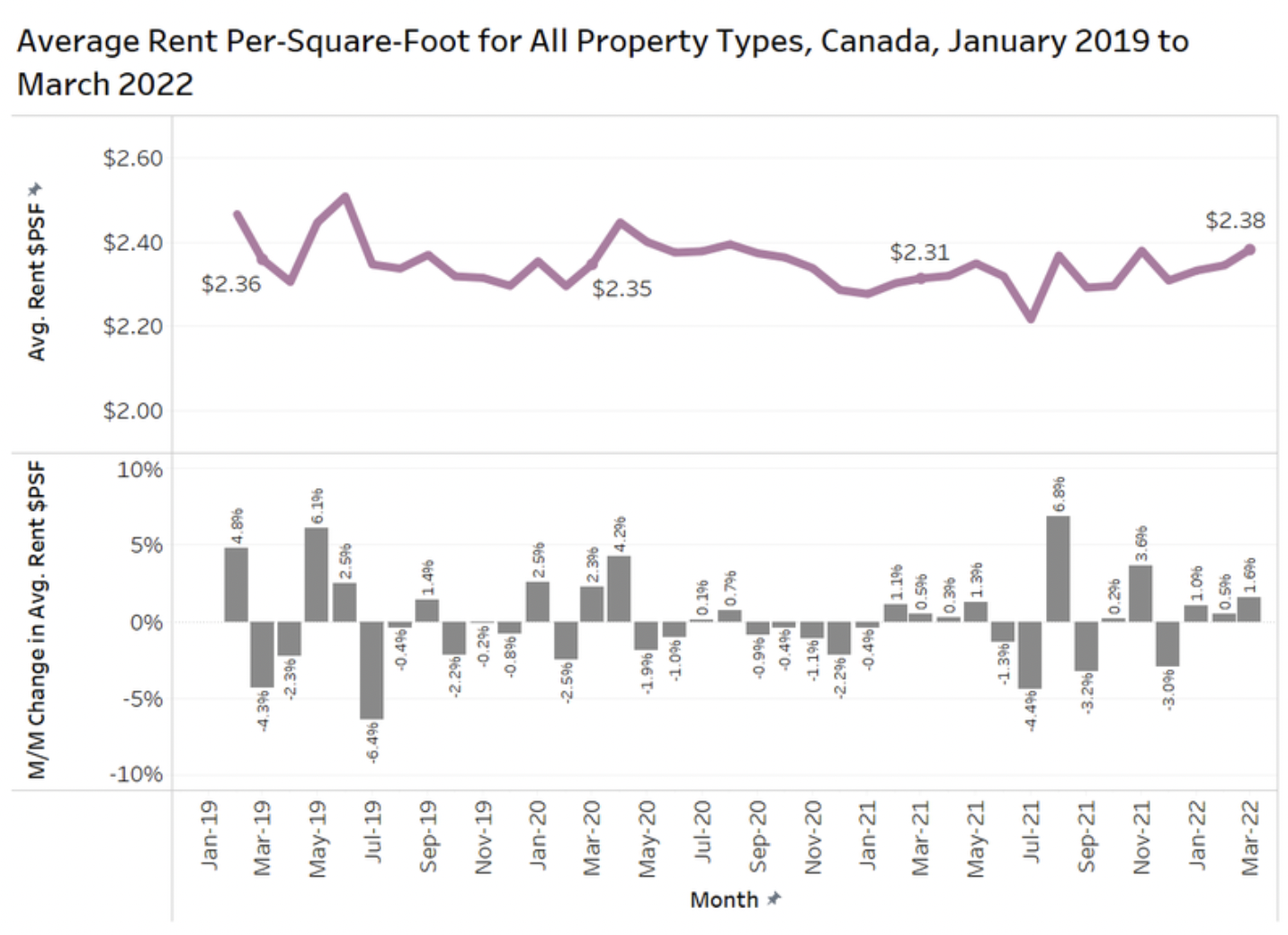 Still, Vancouver continues to be the most expensive city for renters. The average rent for a one-bedroom unit is $2,280 – up 13.94% year-over-year.