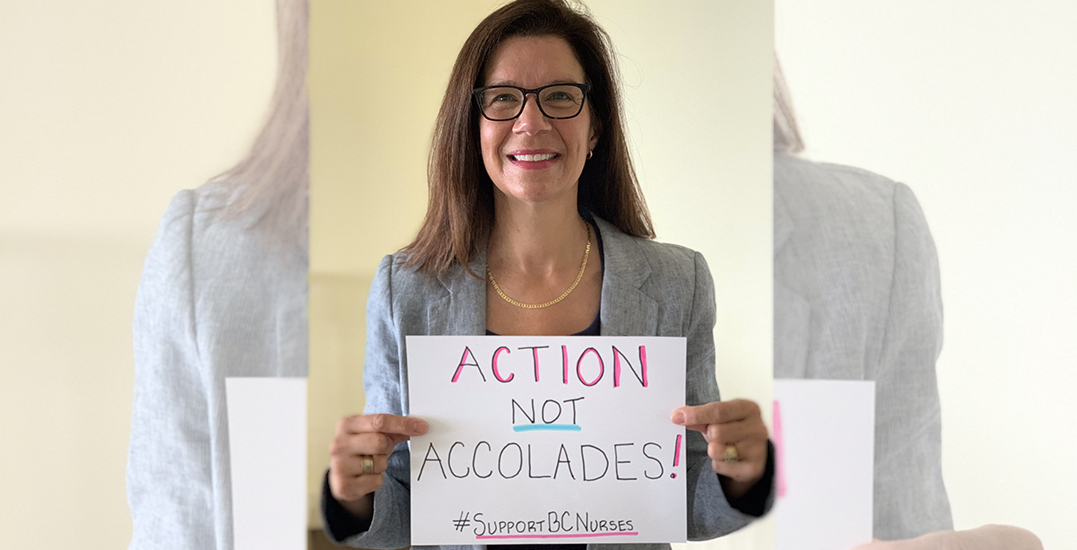 The president of the BC Nurses’ Union (BCNU) has stepped down.

The announcement was made on Monday by the BCNU, who says that former President Christine Sorenson resigned “for personal reasons and to pursue other opportunities.”

Sorenson was first elected as the regional council member for BCNU Thompson North Okanagan in 2020. She was elected vice president of the union in 2012, 2014, and 2017. She also served as acting president before she was officially appointed president in 2018.

Most recently, the BCNU raised concerns over protests about BC’s Vaccine Card program. Many of the protests, which occurred in early September, took place around hospitals and other healthcare facilities, which the BCNU said was “demoralizing and overwhelming” for many of its members and the patients they care for.

“In some locations, there was not only severe psychological injury but also physical harm inflicted on staff who are beyond exhausted at this stage in the ongoing pandemic and the opioid and climate crises,” reads a BCNU bulletin.

The Nurses’ Union also strongly encouraged that all nurses and healthcare workers be vaccinated against COVID-19.

“At a time when the union is imploring with health employers to improve staffing levels across this province, we are concerned that the mandatory nature of the vaccination strategy will force members to leave, further exacerbating a staffing shortage that is increasingly unmanageable.”