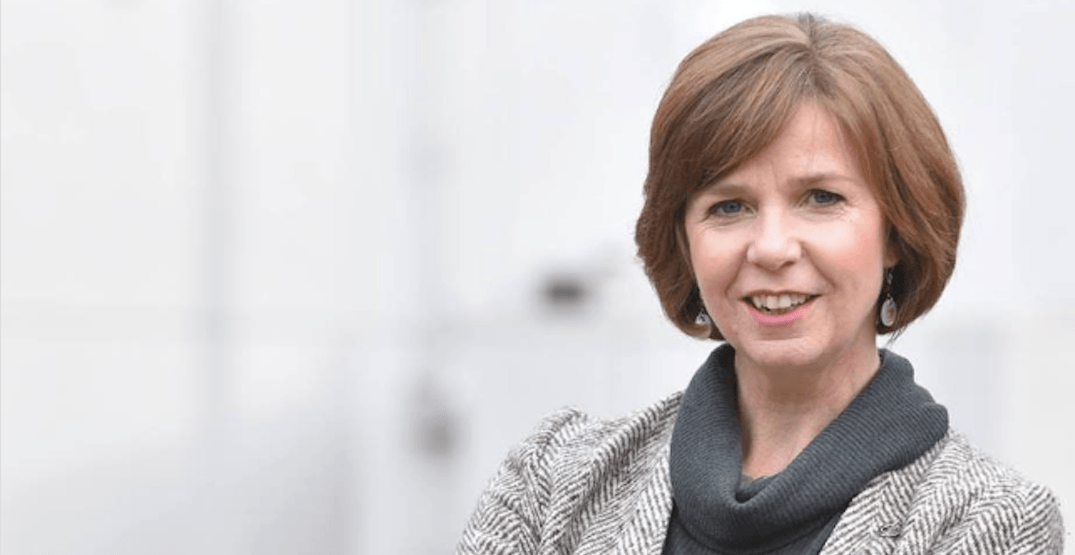 The BC NDP has won the high-stakes by-election in Nanaimo after Sheila Malcolmson was elected MLA for the riding Wednesday night.

Malcolmson will fill the seat vacated by NDP MLA Leonard Krog, who resigned his seat to run for mayor of Nanaimo and was ultimately elected.

This by-election was particularly notable because a Liberal win in this riding would have given the Liberals and the combined NDP-Green coalition an equal number of seats at 43, and pushed Darryl Plecas — the Speaker and a former Liberal, sitting as an independent — into a tie-breaking position.

However, it didn’t tun out that way and Malcolmson won with 49% of the vote over BC Liberals’ candidate Tony Harris’ 41%.

After the results were announced, BC Premier John Horgan thanked Nanaimo voters “for a vote of confidence in our work to make life more affordable for British Columbians, to improve the services people count on, and to generate the jobs of the future in a healthy, sustainable environment.”

He congratulated Malcolmson on her win and said he knows she will “work hard for the people of Nanaimo and she will bring passion and integrity to the Legislature.”

In her victory speech, Malcomson said she’s “honoured to carry on the work” of Leonard Krog.

“We’ve got a lot of work to do, starting tomorrow,” she said. “We are going to work together to tackle the issues that we face… and with the mayor and the new council in Nanaimo, we are going to generate positive results for people right here at home.”