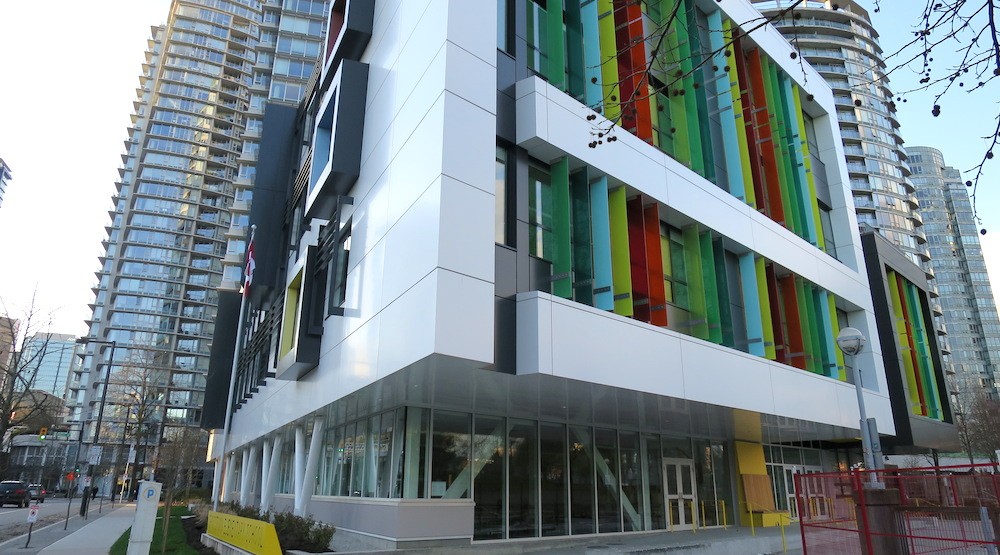 Anxious parents of young children living in downtown Vancouver will see some enrolment capacity relief for the upcoming school year as a new elementary school has opened at International Village in the northeast False Creek neighbourhood.

Even though construction reached completion at the start of the second term, Crosstown Elementary School is already hosting several classes of students finishing the school year. The new facility is located on Expo Boulevard near Abbott Street, across the street from Rogers Arena and adjacent to Andy Livingstone Park. 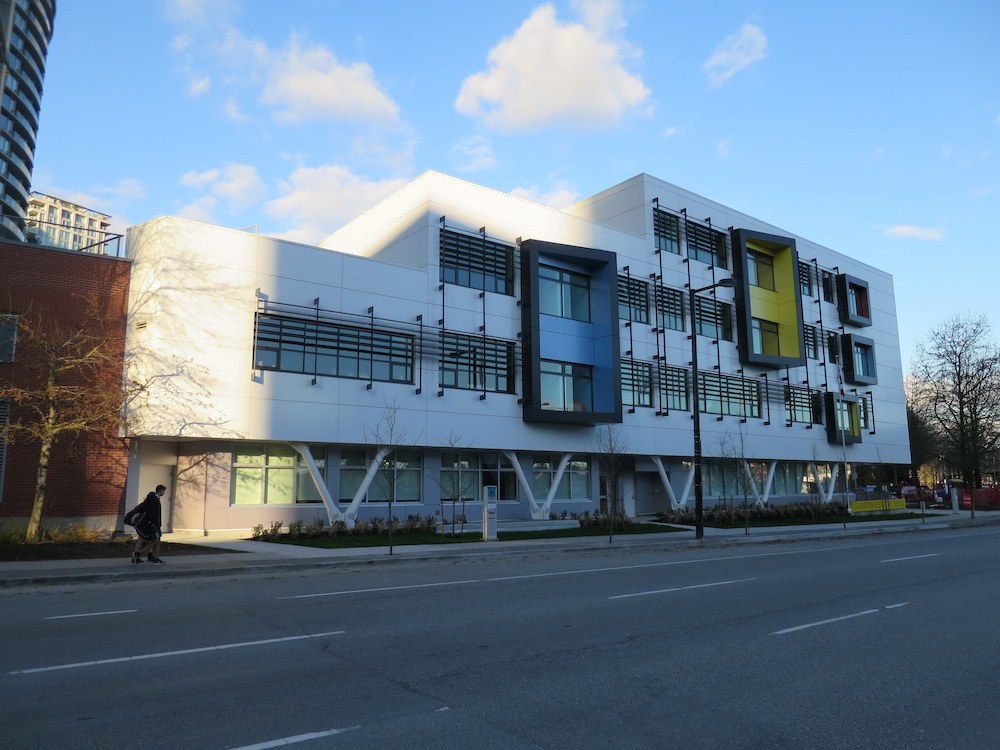 Beginning in September, at the start of the new school year, the four-storey school will accommodate up to 500 students between Kindergarden and Grade 7. The 48,000-square-foot facility features modern, collaborative and open learning spaces, including a Neighbourhood Learning Centre, two multipurpose rooms, and outdoor learning spaces on the third and fourth floors.

Students studying at the school will utilize Andystone Livingstone Park for recess and physical education activities. A new playground for students was also built at the park, next to the school’s main entrance.

The school was constructed at a cost of $19.7 million, with $15.4 million provided by the provincial government and the remainder from the Vancouver School Board (VSB) and the City of Vancouver.

Crosstown Elementary School is located at the southeastern base of the Firenze condo tower, completed in 2007, next to an existing daycare facility. As the school sits on top of an underground parkade, construction necessitated strengthening the pillars that support the parking facility, but work on the project was delayed due to a dispute between VSB and the building’s strata.

Planning for the new school on the City-owned site began over a decade and a half ago.

“It’s exciting to see Crosstown Elementary now open with the first group of students starting in this brand new school this week,” said Dianne Turner, official trustee for the Vancouver School Board, in a statement.

“The downtown core has a growing population of families and this state-of-the-art school will provide much needed spaces for this community. Built above a parking structure and next to a residential and commercial development, this new school design is a wonderful example of Vancouver’s innovation in incorporating schools into an urban setting.” 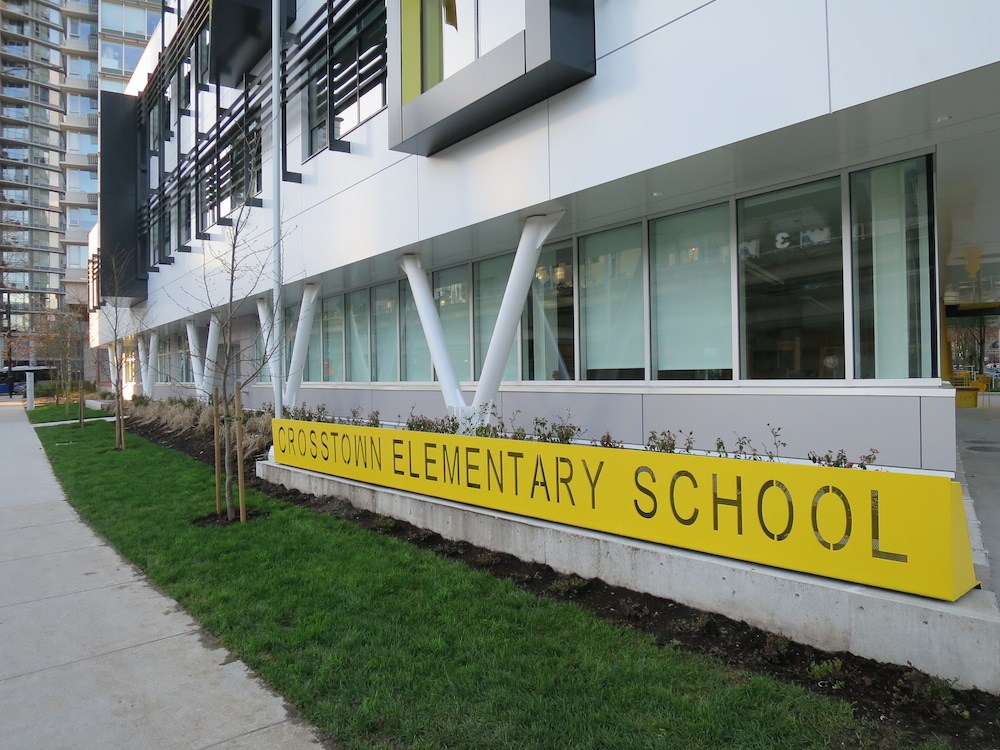 Downtown Vancouver and the False Creek area have seen a surge in new families with young children moving in, and as a result the demand for new school space in the city centre has been overwhelming.

With Crosstown’s location in particular, tens of thousands of residents have moved into the condominiums within the school’s catchment area over the last 20 years. And over the coming years, tens of thousands more are expected to call the area their home with the redevelopment of the remaining Concord Pacific lands and Plaza of Nations site as well as the space allocated for housing from the demolition of the Georgia and Dunsmuir viaducts.

Additionally, families are also moving into Chinatown and the Downtown Eastside, which have seen an uptick in new infill housing projects due to new community plans that permit such developments.

At least two additional elementary schools are planned for the downtown Vancouver and False Creek area – at Hinge Park adjacent to the Olympic Village and next to the Coal Harbour Community Centre.

But construction for both schools, which are dependent on funding, could still be many years away. BC Hydro offered to fund the construction of the new Coal Harbour in exchange for the land rights to build new underground substations under downtown Vancouver, but the plan fell apart when it was rejected by Vancouver City Council.

Prior to the completion of Crosstown Elementary, the last elementary school to open in the city centre was Elsie Roy Elementary School next to David Lam Park in Yaletown. Overcrowding has been an issue at Elsie Roy ever since it opened in 2004.

Elsewhere within the city of Vancouver, in most neighbourhoods, there is no shortage of school space. However, major investments are being made by the provincial government as part of its seismic refit program, which involves either retrofitting existing aging structures or building new facilities.

Approximately $270 million has been spent by the provincial government since 2001 to complete 23 seismic upgrades and replacements in Vancouver. 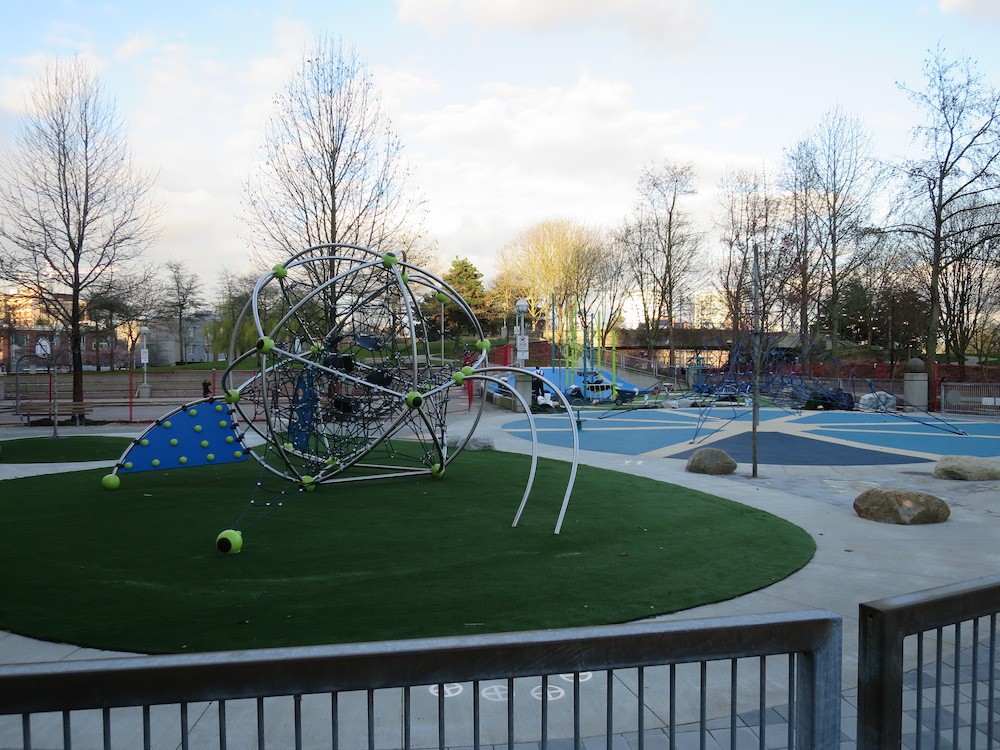