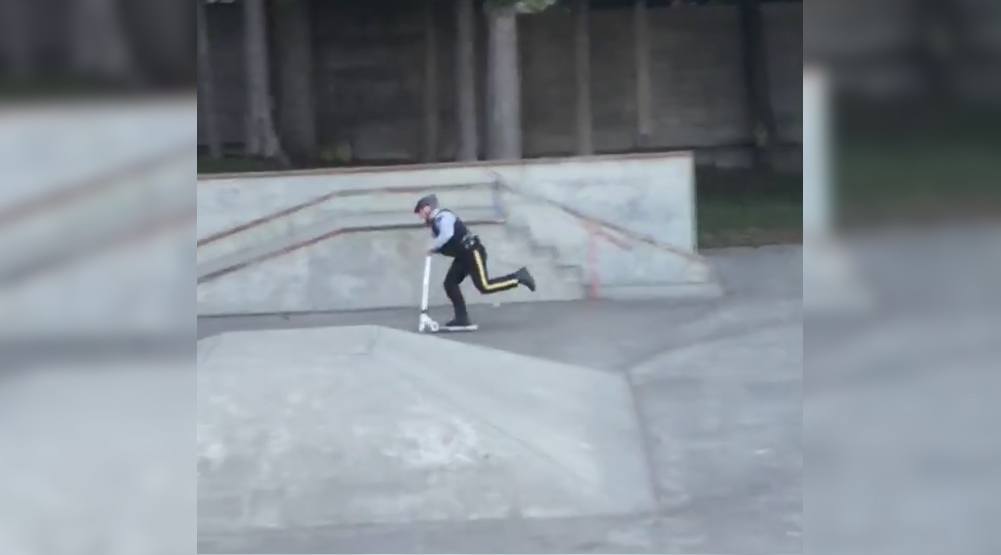 An RCMP officer on Vancouver Island traded in his police vehicle for two wheels on April 3.

But it wasn’t any ordinary two wheeler – it was a scooter.

And the RCMP officer proceeded to take the scooter on a ride at a skatepark in Ladysmith, a small town about an hour and a half north of Victoria, BC.

Local Conor Boyle caught the playful officer on video, and the post has gone viral with almost 80,000 views and over 1000 shares.

Who wouldn’t want to see an officer scooting around? Check out the post, titled “Meanwhile in Ladysmith” below.