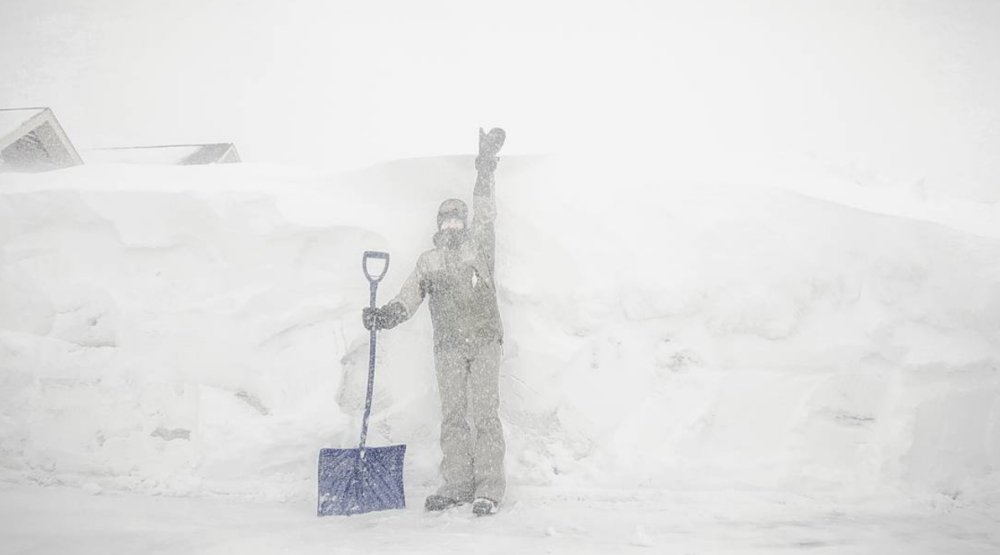 While the rest of Canada is finally starting to thaw out, Newfoundlanders are still trying to dig out following a massive, record-breaking spring snowstorm.

According to Environment Canada, since Thursday (March 30), Gander International Airport has recorded 134 cm of snow.

More insane still, is that as of today, the snowfall has culminated in an all-time record-breaking 230 cm of snow on the ground. It has doubled the previous record for April 5 in the area that was previously set at 114 cm in 2001.

And in case you’re wondering, there’s a 40% chance of flurries in the forecast again today.

Want to see what 7’6″ worth of snow looks like? Check out these photos:

This drift has been building all winter over our driveway.. it’s officially ridiculous. Another blizzard survived. 🌨