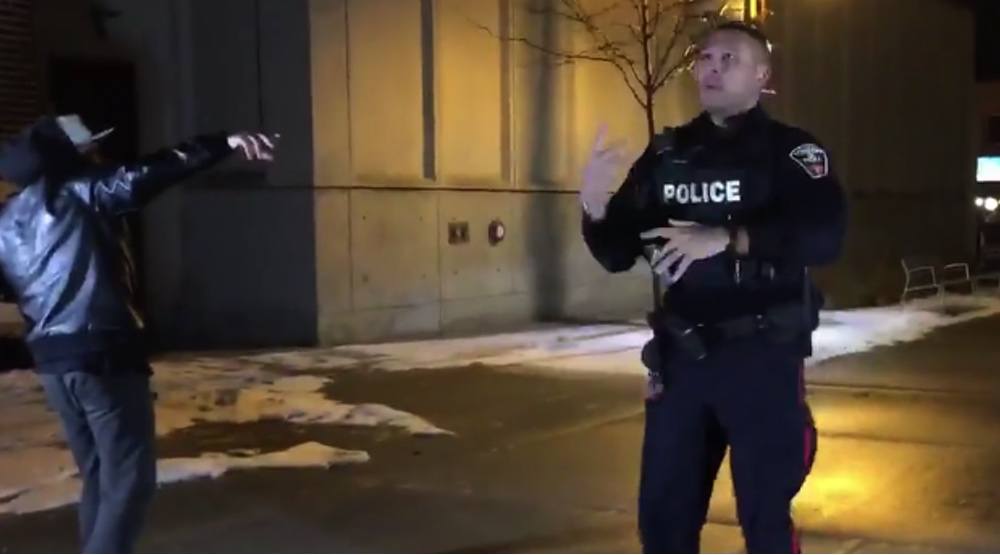 What would you do if you came across a professional dancer filming a video?

While a Toronto-based design company was filming recently, it appears as though a Durham Regional Police Officer came across their shoot.

And what did he do? He joined in the fun.

Vivid Media Co. shared the post, originally posted by Mani Chahal, which has since gone viral. In their post, Vivid wrote “Even the Durham Regional Police Service joined in while we were filming.”

And the officer’s dance moves are actually not that bad. No wonder he wanted to join in the fun.