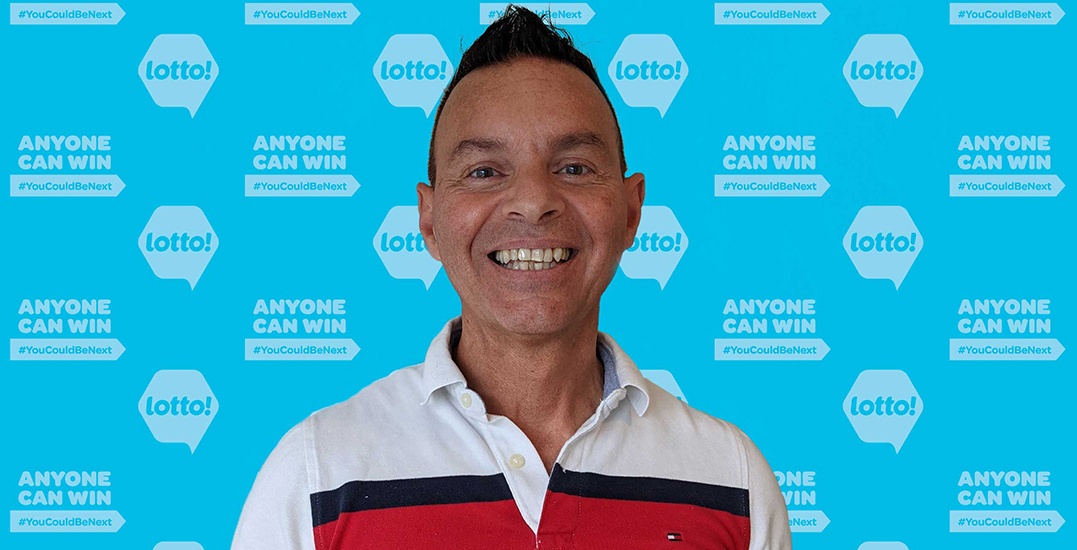 George Bountalas is one of British Columbia's newest lotto winners.

George Bountalas won a massive $1 million Maxmillions prize from the Lotto Max draw on June 4, 2021. He says that it was his “big-dream” mentality that made him want to purchase a ticket.

“I saw the $70 million jackpot and decided, why not? Let’s give this a go,” he says in a release. “Dreams are free and dreams can come true!”

Bountalas, a Maple Ridge resident, purchased the winning ticket from Petro Canada on Lougheed Highway. He was at work when he realized that he had a winning ticket, and his wife was the first person he shared the good news with.

“I immediately called my wife and said, ‘Everything is okay but I think we won a million dollars,’” he says. “She told me to come now, but I told her that I had an hour to go at work… my heart was beating and I tried my best to focus!”

He plans on putting the $1 million towards a family road trip to visit relatives in Alberta, as well as a trip to Greece when it’s safe to do so. And when he travels, he’ll definitely be looking to splurge a little more.

“This will give me more choices and a little nicer hotel room [when I travel] every now and again,” he added.

He’ll also be putting some of the money aside to gift to his family.