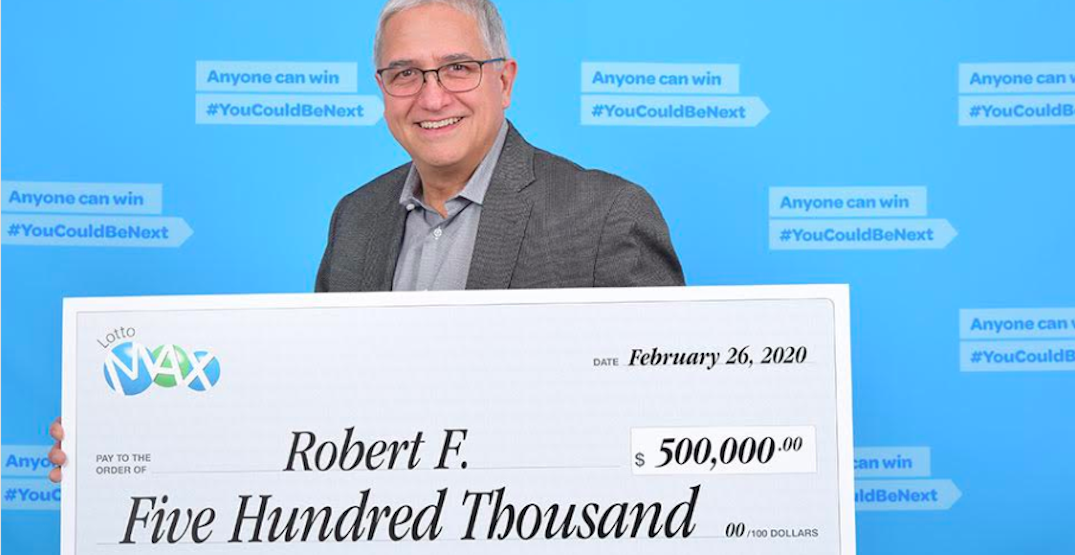 Surrey’s Robert Froh currently makes his living working as an orthopaedic surgeon but said he actually grew up dreaming of becoming a pilot. Now, after winning a Maxmillions prize in the February 21, 2020 draw, he gets to live out that dream.

“I’ve been putting it off and putting it off,” says Froh, who won $500,000 after sharing the Maxmillions prize with a winner in Quebec. “Really I wish I could’ve done it 20 or 30 years ago. With this, now I’ve got the time to pursue it.”

Froh said he’s always had an affinity for the air, growing up as an aviation enthusiast and even going skydiving with his son.

He bought the ticket at the Shell gas station at 148th Street and King George Boulevard in Surrey and was out grocery shopping with his wife when he discovered he won the half million.

“She was inside the store and I was waiting with the dogs in the parking lot,” said Froh. “I had bought two tickets for the draw – she came back to the car and I showed her the first one which won a free play. I then told her ‘you might like this second ticket more’, and it was the one that won $500,000.”

Froh, who already had plans to travel to Hawaii with his wife for their 30th wedding anniversary, says the win means the trip will be even more special with more family and luxury.