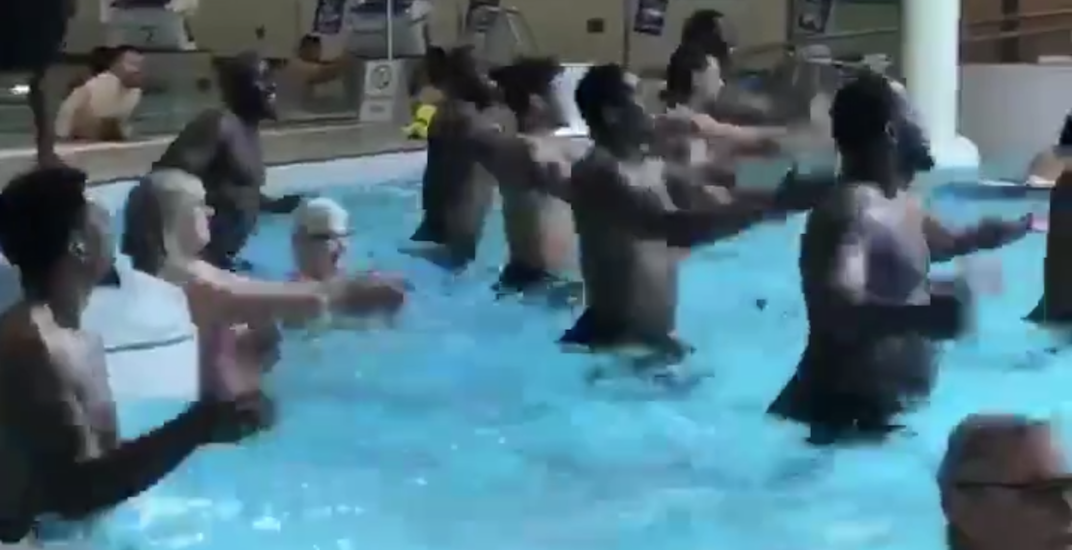 Gearing up for their first preseason game of the season on Friday, BC Lions players are currently calling Kamloops home as they are put through their paces at training camp.

Following Tuesday’s practice at Hillside Stadium, a few Lions players decided to pop into the Canada Games Aquatic Centre on the Thompson Rivers University campus to cool down. When they got there, the players noticed an aquafit class taking place and well… one thing led to another, so they joined in.

And boy, were they enthusiastic.

Singing along to the 2013 hit song Blurred Lines, players were clapping their hands and aquafitting up a storm alongside the senior citizens that likely make up a majority of the class on a regular basis.

Running back Jeremiah Johnson even hopped out of the water to bust out some moves at one point. Here’s how it looked:

After Friday’s contest, BC will return to Vancouver for their lone preseason game at home on Friday, June 8. In what will be Wally Buono’s final season as head coach, the Lions open the regular season against the Montreal Alouettes on Saturday, June 16 at BC Place.