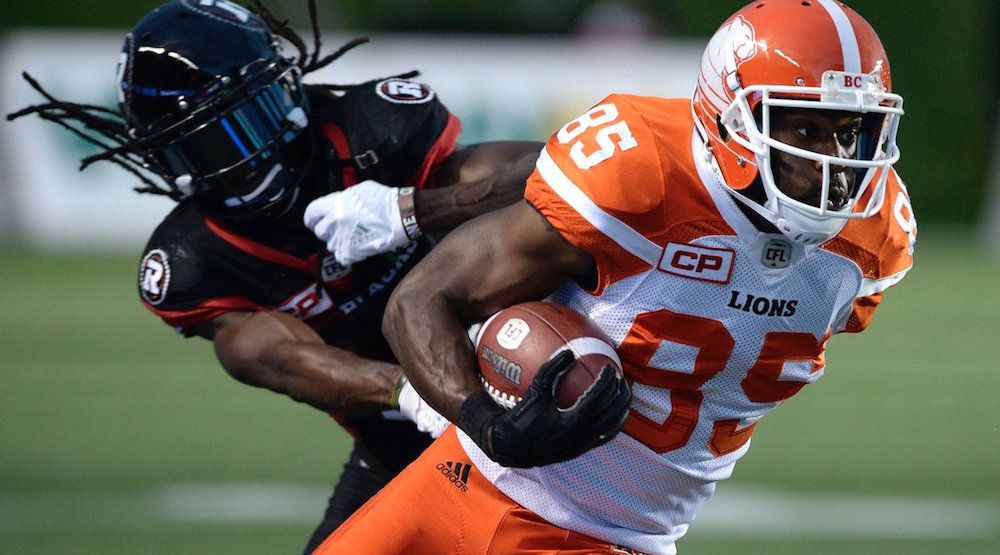 BC Lions receiver Shawn Gore is retiring from pro football, but he has no plans to relax.

The 30-year-old officially announced his retirement on Thursday, the same day that he will be sworn in as an officer with Vancouver Police Department.

a good guy who will make a good good VPD officer. Best of luck on the beat. Wouldn't want to be a bad guy trying to outrun Shawn Gore! https://t.co/ZE1sk1DrwH

“Shawn has informed the club that he has decided to retire and pursue a new path,” said Lions GM and head coach Wally Buono through a press release. “He is an outstanding husband and father and we are very grateful for his many contributions to our organization both on and off the field. We wish Shawn and his entire family the very best.”

Gore appeared in 113 CFL regular season games – all with the Lions – recording 307 receptions for 3,911 yards with 20 touchdowns. The Canadian slotback also won a Grey Cup with BC in 2011.

“I am proud to have played my professional football career with the BC Lions,” Gore said. “Wally Buono and the entire Lions organization gave me the opportunity to excel on the field as an athlete and off the field as a mentor, husband and father. My family and I thank the entire BC Lions family for a great seven years. My fellow teammates, coaches and fans have made this a truly memorable experience. I give all the glory to god who has blessed me with the opportunity to play football and I am excited about making the transition to the next chapter of my life.”

Shawn Gore trades the ball for a badge. #BCLions receiver retires and joins @VancouverPD with a huge grin on his face. pic.twitter.com/f1kDMAafaZ

Other news from the Lions this week includes the addition of Stanley Franks as an assistant defensive backs coach, and DB Eric Fraser being granted his release from the team. BC will play their first preseason game in just over a month from now, on June 6.