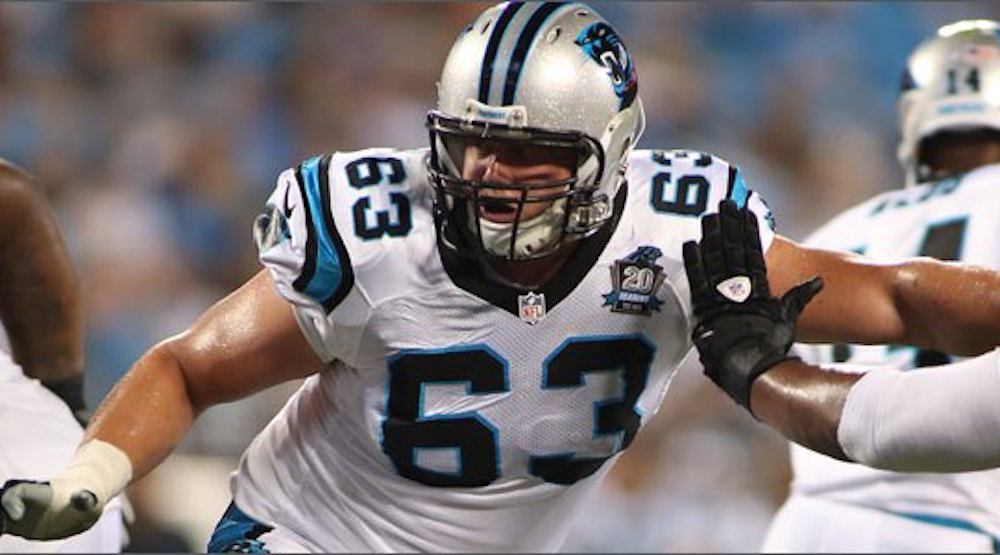 The BC Lions have confirmed a trade that has been long-rumoured.

After seven years in BC, offensive lineman Jovan Olafioye is on his way to Montreal to become a member of the Alouettes.

“Jovan was a big part of our team,” Lions head coach and GM Wally Buono said. “He has been a true professional throughout his time with us and during this entire process. We wish him the very best as a member of the Alouettes.”

In return, the Lions (who also gave up future considerations) get a pair of offensive linemen in the form of David Foucault and Vincent Brown. While Brown is expected to compete for a spot in training camp, Foucault is the key to the deal.

Foucault, who was a first round pick by Montreal in the 2014 CFL Draft, signed with the Carolina Panthers of the NFL later that year. He made Carolina’s 53-man roster, appearing in five games at right and left tackle. After spending most of 2015 on the Panthers’ practice roster, he was waived during training camp last year.

At 6-foot-8, 315 pounds, Foucault is huge even by offensive lineman standards. He’s also Canadian, which is hugely important.

“Acquiring David allows us to possibly develop a plan to play four Canadians along the offensive line and perhaps more importantly, it ensures there is a depth of talent backing up each position,” Buono said. “He’s a former first-round draft choice with two years of NFL development, so we expect him to come in and compete at a very high level.”

“To get a guy like Foucault, you have to give up a quality player.”@GM_Brillo breaks down the reasons for trade with @MTLAlouettes 🏈 🦁 👊🏼 pic.twitter.com/A6imR2YVCN