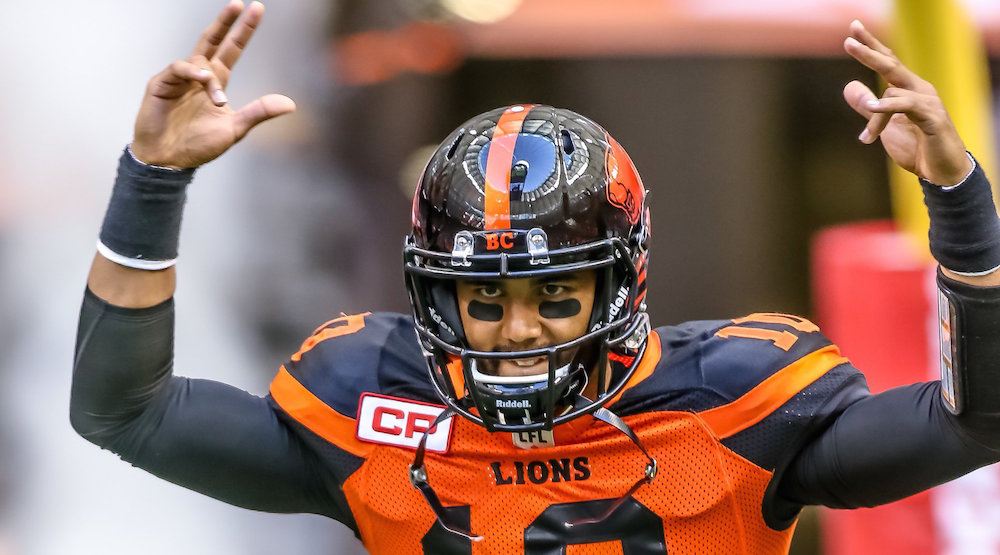 Is Jonathon Jennings destined for the NFL?

That may seem hard to believe after an underwhelming season, but the BC Lions quarterback is generating interest south of the border according to News 1130’s Rick Dhaliwal.

#BCLions quarterback Jonathan Jennings is getting interest from the NFL, talks already with the Packers and Vikings.

The 25-year-old is entering his option year, the last year of a three-year contract signed in 2015.

Jennings, who suffered an injury during Week 4 in Hamilton, never seemed to get in a rhythm this season. He was outplayed by Travis Lulay, eventually losing his job to the veteran.

When Lulay suffered a season-ending injury in Week 10, Jennings wasn’t able to be a difference-maker for the Lions, who failed to make the playoffs for the first time in 21 years.

Jennings’ career trajectory was pointing upwards prior to 2017, as he had shown a lot of promise since taking over as the team’s starter in the second half of 2015.

It was last season that he really began to shine, finishing third in the league in passing yards en route to helping BC finish with the second-best record in the CFL. His nine-yard rushing touchdown with 1:33 left against Winnipeg in the West semi-final – which turned out to be the game-winning score – was the highlight of the season.

So after seemingly taking a step back this year, a move to the NFL at this point would seem ill-timed, despite his contract status.

Should Jennings head south, it would be the second year in a row that BC lost an integral part of their team to the NFL, as All-Star linebacker Adam Bighill signed with the New Orleans Saints in January.

Jennings would be a long shot for a starting job in the NFL, and even a backup spot is unlikely. Perhaps one of the reported interested teams – the Green Bay Packers or Minnesota Vikings – could find a spot for him at third string quarterback, or on the practice roster.

There’s a long way to go before that though.