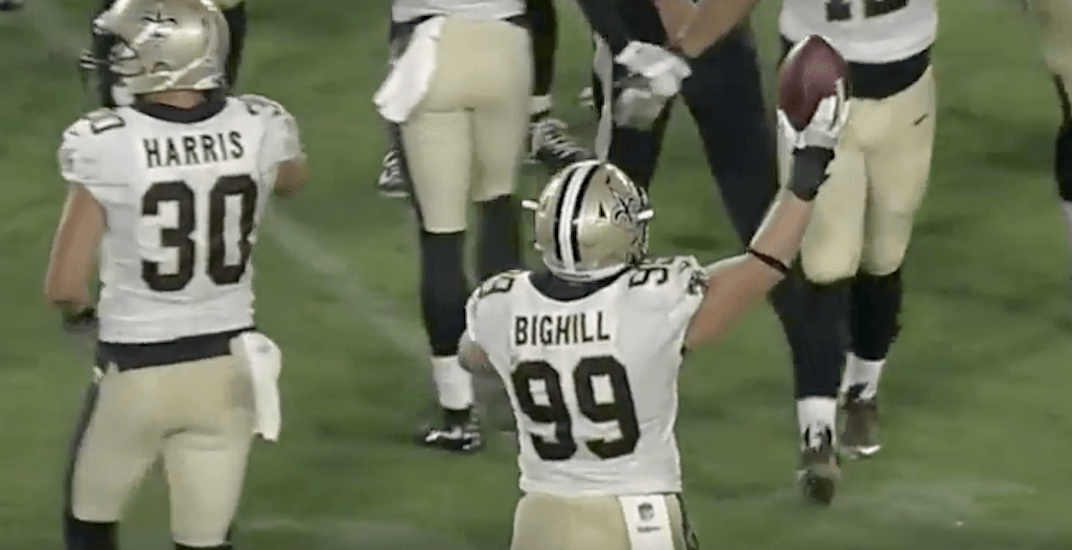 At long last, Adam Bighill can say that he is an NFL player.

Not a tryout player, not a practice squad player.

Despite an outstanding preseason where he became a fan favourite among New Orleans Saints fans, the former BC Lions All-Star was placed on waivers before Week 1. The 28-year-old cleared waivers, but was retained on the Saints practice squad.

The 5-foot-10, 230-pound linebacker thought he would have to be patient to get his first shot in a regular season game. Turns out, he didn’t have to wait very long at all.

The Saints’ leader in preseason tackles was activated onto the Saints’ 53-man roster on Sunday after two New Orleans linebackers were out with injuries. That move allowed Bighill to make his debut on the grand stage of Monday Night Football for the Saints in Minnesota against the Vikings.

“I was definitely excited to come out here, get to line up and play Week 1 on Monday Night Football,” Bighill said. “It doesn’t get much better than that.”

Bighill played six seasons in the CFL, all with BC. He’s not gifted with NFL size, but he’s proving he has NFL heart.

Bighill didn’t record a snap on defence, but appeared 14 times on special teams. He was happy with his performance.

“I was on the special teams blocking my guy, running down the field and trying to create havoc on the cover teams. I feel like I did great.”