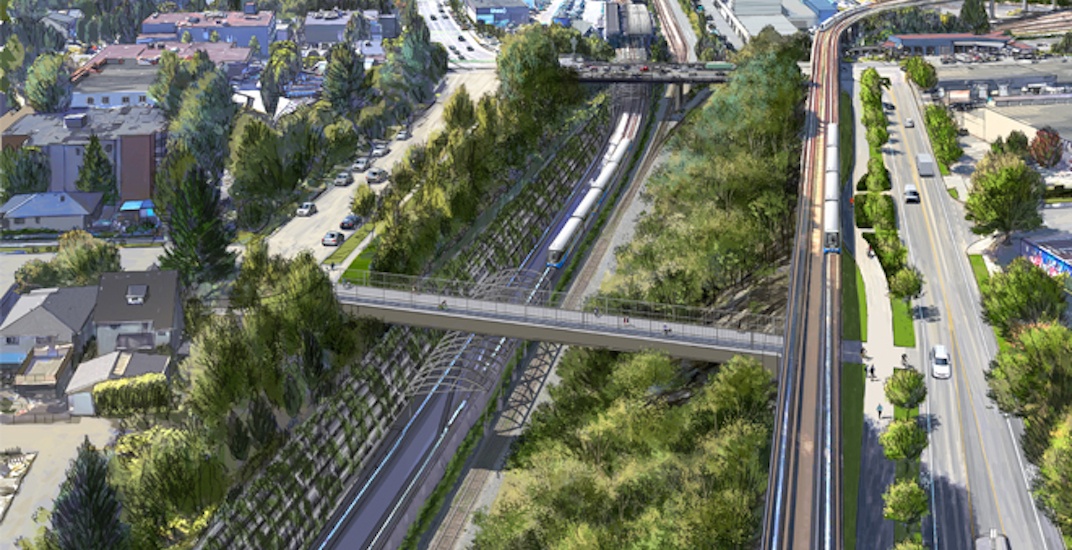 Artistic rendering of the proposed bridge for cyclists and pedestrians over the Grandview Cut in East Vancouver. (BC Hydro)

A new bridge could be built over the Grandview Cut in East Vancouver, but this new crossing will not be designed for vehicles – it will be a bridge for just cyclists and pedestrians.

BC Hydro is proposing to construct the new structure as part of an electrical infrastructure project to reduce the risk of power outages and overloaded circuits. The new 230 kilovolt transmission line runs underneath city streets from the Horne Payne Substation in Burnaby to the recently completed Mount Pleasant Substation in Vancouver.

To cross the Grandview Cut, which is a man-made canyon for the railway, the new transmission line will be suspended on the underside of the new bridge.

As the cable is a critical part of the region’s electric grid, the bridge will have a seismic design for a 1-in-2,475 year earthquake.

If the project proceeds, construction could begin in 2019 for a completion in 2021.

An open house for the bridge will be held on Tuesday, August 29 from 4 to 6:30 pm at the northeast corner of Woodland Drive and North Grandview Highway.

But this is not the only proposed new ‘crossing’ over the Grandview Cut as the developers behind the Safeway redevelopment next to Commercial-Broadway Station are examining the possibility of building a plaza space over the cut on the north side of Commercial Drive.