Proposed rendering of an underground substation and new school at Nelson Park in downtown Vancouver's West End. (BC Hydro)

A creative proposal by BC’s electric utility to build much-needed replacement power substations under parks in the downtown Vancouver peninsula has been scrapped over a demand by the City of Vancouver for BC Hydro to pay the full market price of the value of the land used.

Earlier this year, BC Hydro revealed its plans for its “seed” project, which involved building substations under Nelson Park in the West End and Emery Barnes Park in Yaletown. In exchange, there would be improved park space at the two park sites, a rebuilt Lord Roberts Elementary School Annex at Nelson Park, and a new elementary school in Coal Harbour.

But Vancouver City Council voted earlier this week on postponing its decision on the plan to early-August, saying it was unable to meet BC Hydro’s March 31 deadline due to “limited public consultation and a lack of information to address its concerns and concerns raised by the public.” This includes concerns over noise, impacts on parks, transportation and utilities, and health impacts from electromagnectic fields. 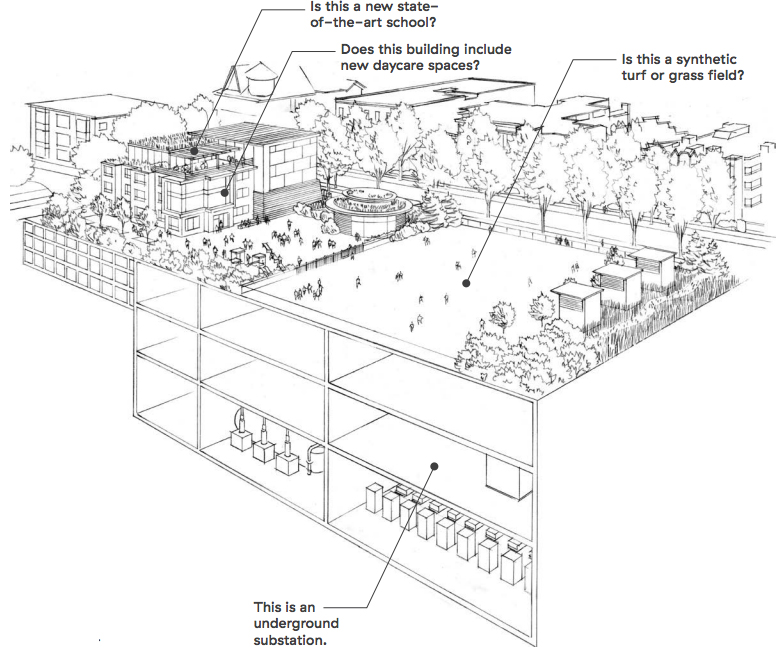 Conceptual diagram of what an underground substation built under a new Lord Roberts Annex school building and playing field at Nelson Park in downtown Vancouver’s West End. (BC Hydro)

“In order for the project to move forward, approval would have been required from Vancouver City Council, the Park Board and the Vancouver School Board,” reads a statement by the municipal government.

“The City is the registered owner of the land comprising each of the parks and owns adjacent streets and would have been required to enter into any leases, statutory rights of way or other registrable charges that may have been required for the proposed substations. The Park Board has exclusive jurisdiction over permanent and temporary parks.”

BC Hydro maintains that it needs to replace its aging substation facilities and expand its capacity to meet rising demand for power in downtown Vancouver. Growth in demand for electricity within the downtown area is expected to increase by 75% over the next 30 years.

The underground proposal at two city parks was chosen to eliminate the need to purchase land in downtown Vancouver to build exposed substation structures. BC Hydro argued that the high cost of land and the lack of space forced it to explore “invisible” underground options, as such land would be better used for housing and parks rather than substations.

But the City’s stipulation over paying the value of the land, something BC Hydro wanted to avoid with its proposal, has made the project cost prohibitive.

“We recently learned that, in exchange for the rights to build a substation underneath Emery Barnes Park, similar to our existing substation lease at Cathedral Square, the City of Vancouver has asked BC Hydro to pay a price based on what it would cost to purchase the land outright,” said Jessica McDonald, President and CEO of BC Hydro.

“This shift makes the extra costs of building underground prohibitive. We also learned that the City will not be making a decision about whether or not seed could move forward for many more months. While we respect their processes and views in reaching this decision, this means that our proposal is no longer possible.”

The proposal would have replaced the 1947-built Murrin substation on Main Street in Chinatown and the 1953-built Dal Grauer substation on Burrard Street next to Scotiabank Theatre.

A new school in Coal Harbour would be built as early as 2020, and the Nelson Park substation and new school at the park could be ready by 2025.

Construction on the Emery Barnes Park substation was slated to begin in 2036 for a completion in 2041, and upgrades would also be completed on the existing Cathedral Square substation about a decade later.

“This concept has shown the creative thinking and innovative ideas that take place within BC Hydro each and every day. While we’re disappointed, we will keep listening and looking for ideas as we make new decisions on above ground substation options in the downtown core to support the growing demand for energy in Vancouver.” 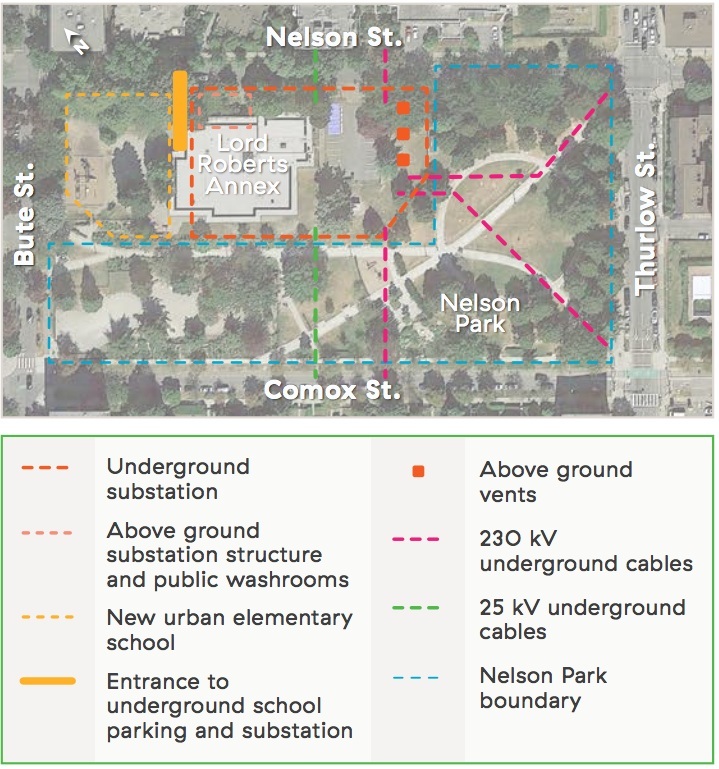 Proposed footprint of the Nelson Park substation in the West End. (BC Hydro) 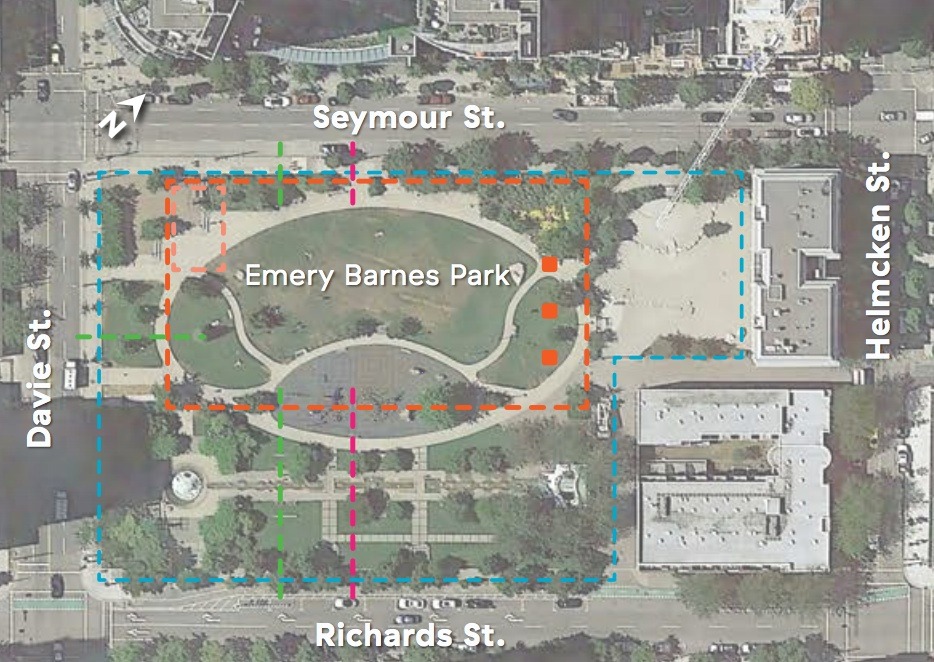 Proposed footprint of the Emery Barnes Park substation in Yaletown. (BC Hydro)