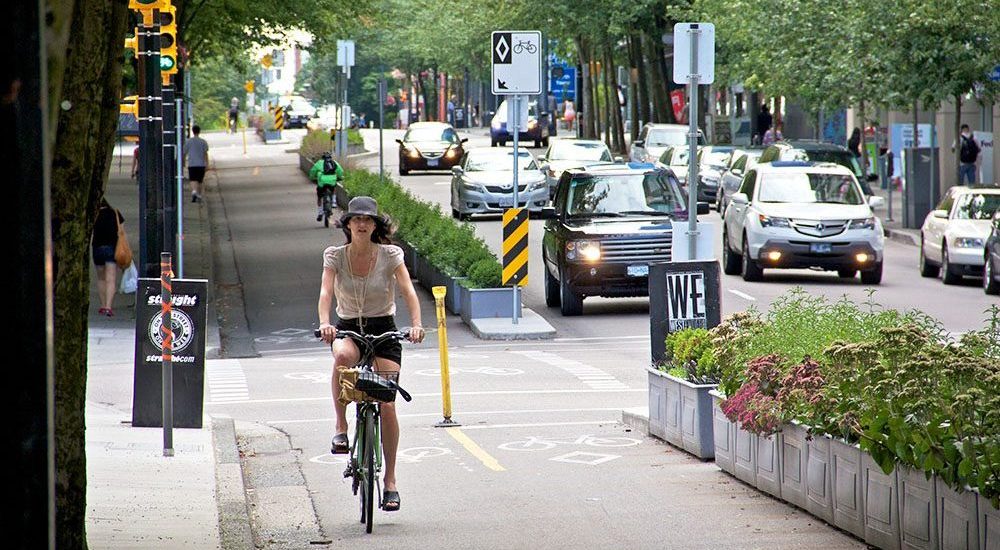 The provincial government has announced new funding to help support the creation of new bike lane infrastructure across jurisdictions in the South Coast, with the highest funding levels allocated towards projects by the City of Vancouver.

A total of $2.2 million has been allocated to select municipalities in Metro Vancouver, including $1 million for upgrades to the City of Vancouver’s bike network in the downtown peninsula.

“We know that traffic is a major issue and our government is dedicated to supporting infrastructure that diversifies travel options for British Columbians,” said Spencer Chandra Herbert, NDP MLA for Vancouver-West End, in a statement.

“These investments in active transportation will help reduce traffic, lead us to a cleaner environment and provide affordable travel choices for people commuting to the places they work, learn, play, and socialize.”

Another $150,925 will be granted to Vancouver for cycling and pedestrian safety improvements towards covering the cost of the $5.4-million new permanent 800 Robson Street plaza, which includes not only a new design for the pedestrian space but also pedestrian scrambles for the intersections at either end of the plaza at Howe Street and Hornby Street.

While the plaza project was designed by the municipal government, the provincial government will execute its construction this year, given that the project is on provincial property. Construction is expected to begin later this year.

Final 2019 design for 800 Robson Plaza, with scramble pedestrian crossings at both ends of the plaza. (City of Vancouver)

Altogether, the provincial government’s 2019-20 BikeBC grant allocated $3.7 million in funding towards cycling-related projects in South Coast municipalities. The grant covers up to 50% of the eligible project costs and up to 75% for communities with populations under 15,000 people.