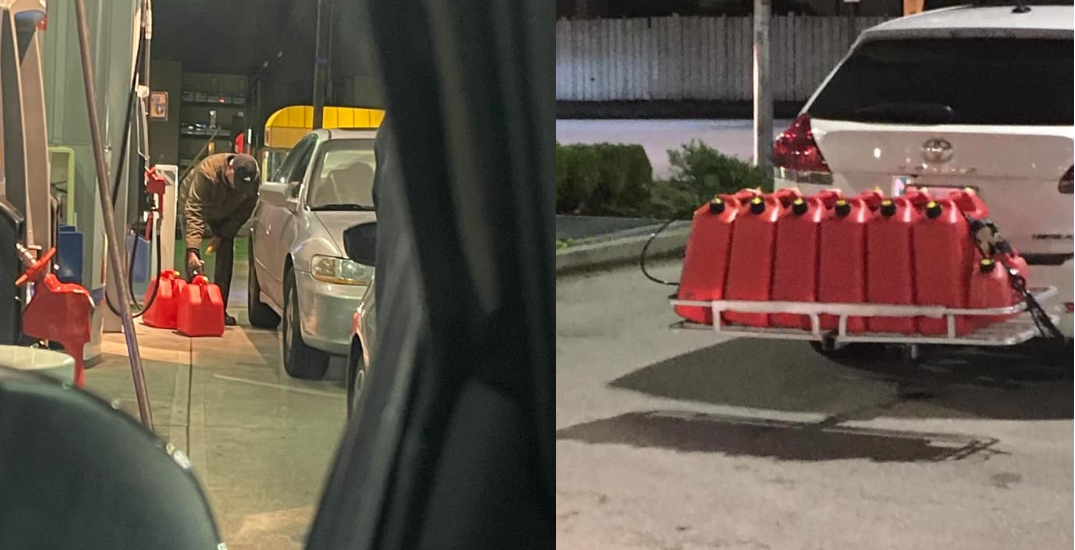 If you’ve been stuck in a hellish line at a BC gas station the past few days, hoping the pumps won’t run dry from panic buying before you get your turn, you’ve probably wondered whether the government’s decision to announce a rationing of gasoline was the right one.

After all, social media is full of photos of hoarders filling up jerry cans with gasoline, and anecdotes of jerks abusing the system to top up their vehicles while those running on empty aren’t able to get any gasoline at all.

But it turns out, it could have been a lot worse. 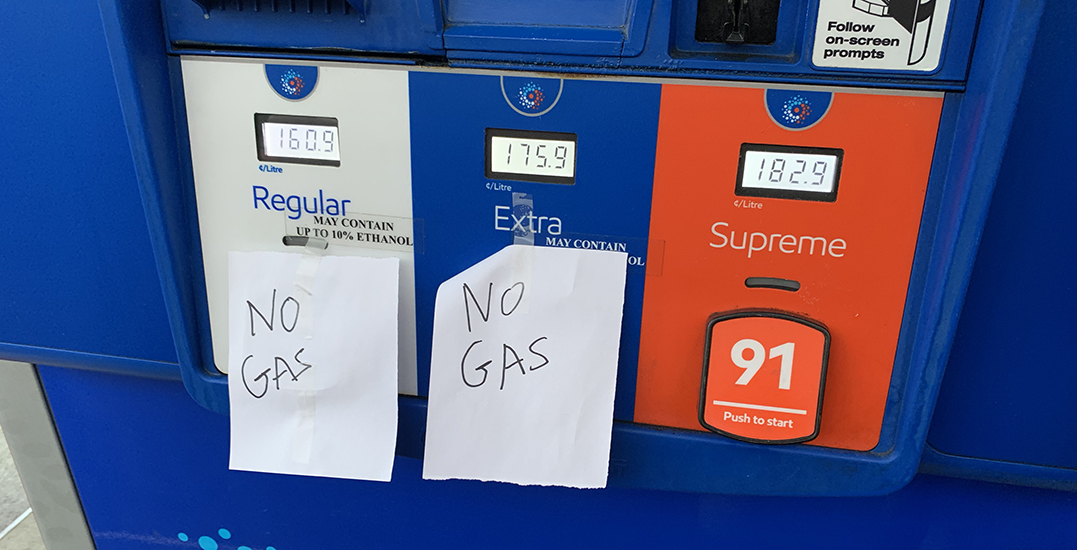 The province’s rationing decision, while not perfect, was the best it could do in the wake of the natural disaster that cut off the gasoline supply from Alberta. And experts agree it headed off a much larger crisis of extreme shortages, skyrocketing prices, price gouging and widespread panic.

“Begrudgingly, I must admit there was a role for government intervention here,” said Andrey Pavlov, a finance professor at Simon Fraser University’s Beedie School of Business.

“You cannot let the market operate freely when you have so little competition.”

At the core of the issue is the fact BC gets around 90 per cent of what becomes its gasoline supply from Alberta through the TransMountain pipeline. The pipeline was damaged and shut down in the Nov. 15 flooding, and the province’s backup plan, to barge in fuel from the United States and via rail once the railways are cleared, won’t come remotely close to making up for the shutdown.

BC set a 30 litre purchase limit on gasoline Nov. 19, with Public Safety Minister Mike Farnworth urging motorists to only travel for essential reasons and only use what they need until at least December 1.

“Is that the right approach? As an economist my instinct is to say no, you should let prices increase and that way people who need it most are going to pay more and that’s how naturally you are going to reduce demand,” said Pavlov.

“Having said that, I recognize if we let the market be completely free in a natural disaster like that, we do have the possibility of price gouging.”

BC only has two gasoline refineries, one pipeline and a small number of companies that control both the supply and the retail stores that sell the gasoline.

That meant the government had to intervene, said Pavolv.

“This is a situation where a few suppliers essentially control the market and there’s not enough competition, and in any shortage they might increase prices a lot more than necessary,” he said.

“That’s where there is room for some rationing, even if as an economist I don’t particularly like it.”

Farnworth’s emergency order prevents price gouging by capping the price of gasoline at the highest rate it was sold in B.C. during the 90 days prior to the flooding. Without it, gasoline prices would have skyrocketed and people would have demanded the government intervene anyway.

Still, the province publicly admitting there was a gasoline shortage and instituting a rationing program caused some people to panic, flood the stores and spark a run on the remaining supply.

“It’s a pretty well-understood phenomenon because we have so many historical examples of it,” said Azim Shariff, a social psychologist at the University of BC.

He cited similar panic-buying of toilet paper and food supplies during the early days of the COVID-19 pandemic.’

“It is the problem that a real or just imagined scarcity can become a self-fulfilling prophecy because the perception of scarcity creates this positive feedback loop where people feel like they need to get what’s left, which can create real scarcity,” he said.

Drivers battle “regret aversion” where they imagine how a lack of gas would impact a worst-case scenario like taking a loved one to the hospital, as well as the urge to follow the crowd they see at gas stations when they aren’t provided enough information on when the shortage might end, said Shariff.

“When there is an uncertain situation people engage in, as a coping mechanism, this process of compensatory control,” he said.

“So if you can’t control everything that’s going on, the pandemic or weather, you figure out what you can control even as a sort of symbol to yourself. So gas is something they feel they can control.”

The government had to rely on the honour system to enforce its 30-litre limit, because it didn’t have enough time amidst the disaster to develop a system that would track people’s gasoline consumption in real time. It also wasn’t realistic to post police officers at every gas station to ensure drivers weren’t finding cheats.

Farnworth and Premier John Horgan urged people to be good citizens and think of other people’s needs above their own.

“If we pull together, we succeed,” Farnworth said on the gasoline rationing. “If we’re greedy, we fail.”

Appealing to people’s morals can have a downside when they see in the media people breaking those same rules, filling up gas cans and jumping from station to station to avoid the limit, said Shariff.

“When you see a bunch of people flouting that morally important thing to do it gets you to lose trust in the collective, which makes it harder to maintain trust that it’s the right thing to do,” he said.

“What’s visible is the people in the lines. The people sitting at home choosing not to get gas aren’t on Twitter. So it creates a bit of a distortion.”

Still, it doesn’t mean the government’s gas solution is perfect.

Both Shariff and Pavlov see merit in government allowing some gas price increases to deter hoarding. Pavlov suggested the capped rate for the first 30 litres, and then surcharges on those who want more.

A clearer timeline, with updated end dates and supply information, would also help fill an information gap that people are otherwise filling in their own minds in a negative way, said Shariff.

“Where there’s uncertainty about what’s going on, people will most reasonably navigate to the worst interpretation because that’s what they are trying to avoid,” he said.

Once the crisis is over, B.C. needs to address its over-reliance on one pipeline that provides almost all its gasoline – even as it transitions to a future of electric vehicles.

And it will need to better incorporate the psychological aspects of public reaction and panic into its disaster management planning and communication.

But in the meantime, there’s a certain amount of grace given to a government battling both the COVID-19 emergency and the unexpected flood.

“Our premier is in such a difficult spot right now with everything going on,” said Shariff. “So I’m not going to say it was a recipe for panic buying, but you can see how the pieces were coming together for the perfect storm of panic buying.”