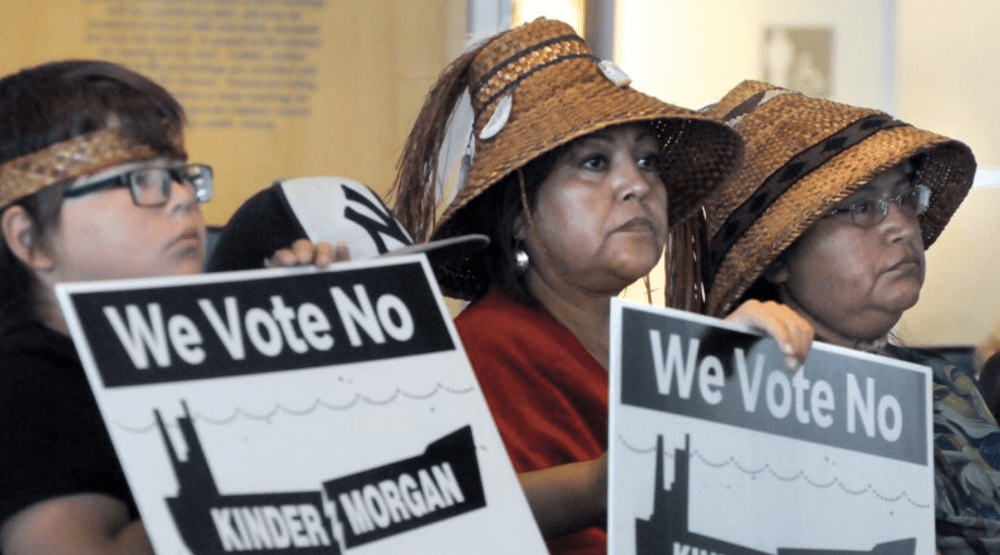 Trudeau said he listened carefully to all the diverse perspectives that exist in BC on the project, including those who opposed it.

“We respect that and we respect their right to hold and voice their beliefs,” Trudeau told the media on Tuesday, November 29. “If I thought this project was unsafe for the BC coast I would reject it.”

“This is a decision based on rigorous debate, science and evidence. We have not been and will not be swayed by political arguments.”

The pipeline decision has been extremely controversial in BC due to the fact it would plough through a big chunk of the Burnaby Mountain Conservation Area.

BC’s First Nations responded to Trudeau’s decision with opposition to the pipeline.

“Let’s be clear, this is about our survival. This is about protecting our home, on Burrard Inlet and on the planet,” said Reuben George, Manager of the Sacred Trust Initiative of the Tsleil-Waututh Nation in a release.

“We’re going to stop Kinder Morgan by working together. This is everyone’s problem. Trudeau’s permits are worthless without our consent.”

Treaty Alliance, made up of over 100 First Nations and Tribes, vowed that the Kinder Morgan expansion “will never see the light of day.”

Other Indigenous leaders, community members, and allies took to social media to express their opposition.

@JustinTrudeau repeated it is in the best interests of Canada but never said how-how it is in best interest of #firstnations? #kindermorgan

Bob Chamberlain of @UBCIC calls out @JustinTrudeau for betraying reconciliation with #FirstNations with his approval of #kindermorgan pic.twitter.com/nTSOMYxRNd

I stand in solidarity with #FirstNations in Canada to protect their land and territory. Say NO to Kinder Morgan

@JustinTrudeau No Means No. #Aboriginal people have the right to say no -1/3 of the time. #KinderMorgan #lpc #indigenous #cdnpoli

Only 39 of the 120 Aboriginal groups Kinder Morgan consulted have signed an agreement in support of the pipeline expansion.

Following Trudeau’s decision, hundreds took the streets in Vancouver to protest the expansion.