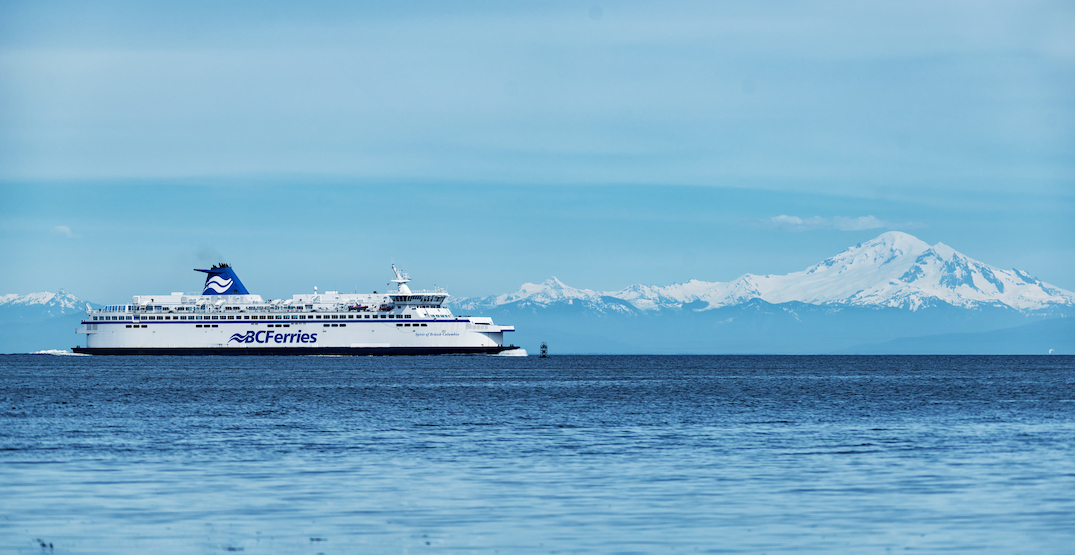 BC Ferries' Spirit of British Columbia vessel and Mt. Baker in the background. (Shutterstock)

BC Ferries recorded a net loss of $62 million during its first quarter of the 2020/21 fiscal year. This is down from the net earnings of $12.2 million for the same quarter in the previous year.

The ferry corporation announced on Thursday its revenues for the quarter (which ended June 30) reached $137.4 million — down by $109 million year-over-year. The impact was lowered from the decision to make sweeping cuts to operating costs, saving $36.7 million compared to the same period in 2019.

Within days of the onset of the pandemic, traffic volumes plummeted by 75% to 80%, but with BC’s restart of the economy and the reintroduction of major routes and sailings, traffic at the end of June was down by about 35% compared to this period last year.

“We made prudent decisions to remove costs for the health of the ferry system. This is decisive action to safeguard the coastal ferry service for the long term, while continuing to provide essential services to customers and communities,” said Mark Collins, BC Ferries’ president and CEO, in a statement.

“We have been bringing back service capacity to coastal communities ahead of gradually increasing demand.”

Some capital expenditures and discretionary spending have also been deferred to reduce costs.

BC Ferries is on the receiving end of a portion of the $1.08 billion in combined emergency operating funding set aside by the federal and provincial governments for public transit systems across BC. Other recipients include TransLink and BC Transit.

This emergency operating funding will allow these services to continue operating at normal or near-normal levels to help support the economy’s recovery and provide a degree of physical distancing.

Early this year, BC Ferries received the order of its first two new Island Class electric-battery capable vessels. In June, the Island Discovery began operating on the Powell River-Texada Island route, while the Island Aurora began sailing between Port McNeill, Alert Bay, and Sointula Island. These vessels allowed for the retirement of two older vessels.