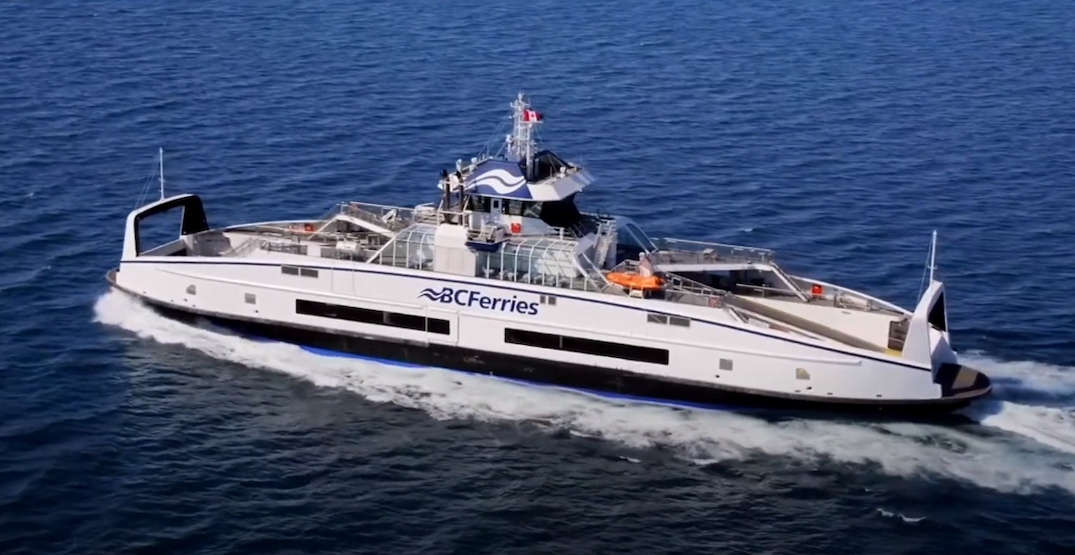 One of BC Ferries' first Island Class hybrid-electric vessels. (BC Ferries)

BC Ferries is set to launch the first vessels of its new fleet of hybrid-electric battery ships into regular service.

The ferry corporation announced Tuesday the Island Discovery will enter service on Wednesday, June 10, on the route between Texada Island and Powell River. This will be followed by next week’s launch of the Island Aurora, operating between Fort McNeill, Alert Bay, and Sointula Island.

They arrived in BC early this year, after being transported by a large semi-submersible transport vessel for the journey from Damen Shipyards Group’s facility in Romania.

These ships will allow for the retirement of the 1958-built North Island Princess and the downgrade of the 1969-built Quadra Queen II as a backup vessel. 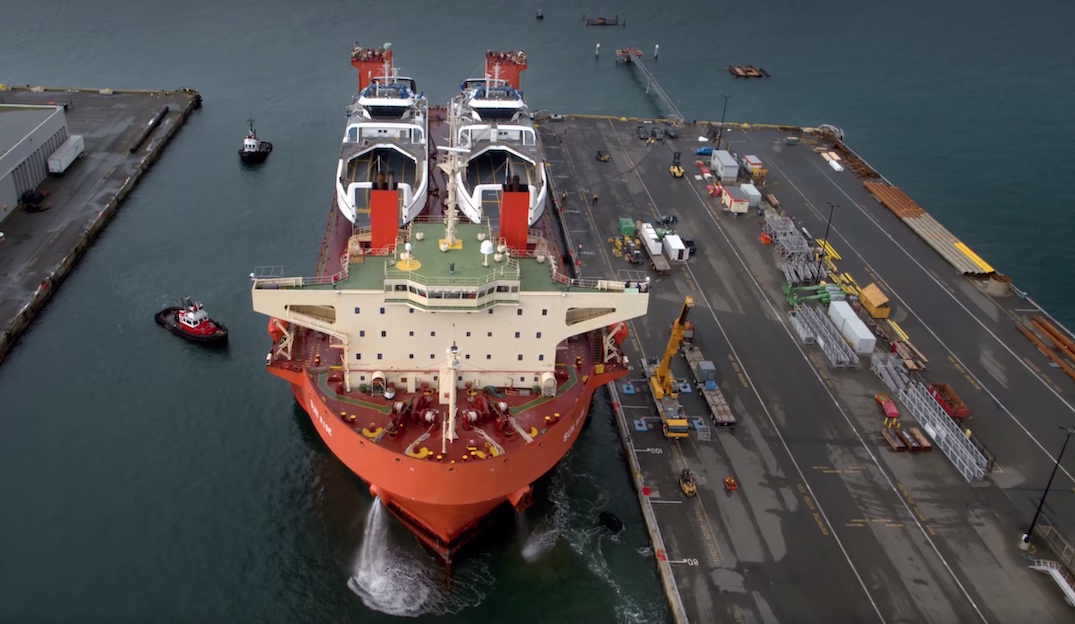 Both new vessels will initially operate on low-sulphur diesel with their hybrid systems, but they have the battery capability for full electric operation in the future, when shore charging technology matures and the capital funding for the installation of such terminal charging infrastructure becomes available. 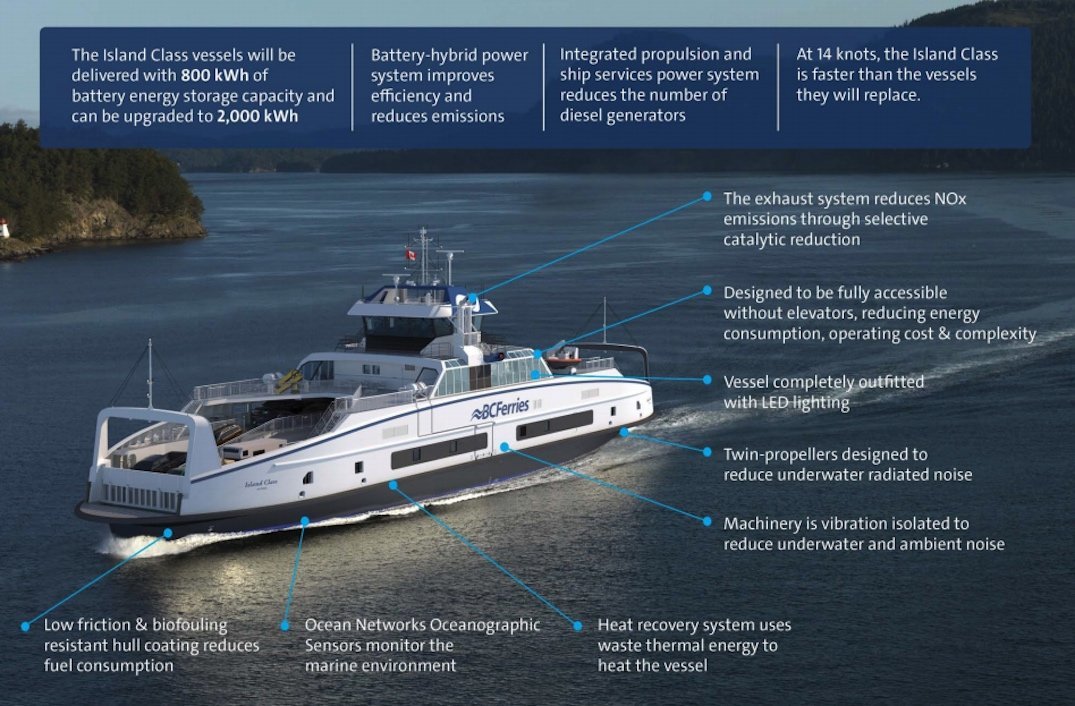 Island Class ferries have a capacity for 47 vehicles and up to 392 passengers, depending on the configuration.

This fleet of Island Class vessels will eventually grow to six ships, after BC Ferries’ November 2019 decision to order four additional vessels in a deal worth $200 million.

Arriving in 2022, the vessels in this second batch will serve the routes from Campbell River to Quadra Island and from Nanaimo Harbour to Gabriola Island.

This deployment effectively replaces one larger ship with two smaller vessels on each of these routes, providing more frequent service and increased passenger capacity per hour. It will result in shorter vehicle queues, improved safety, and reduced road congestion.