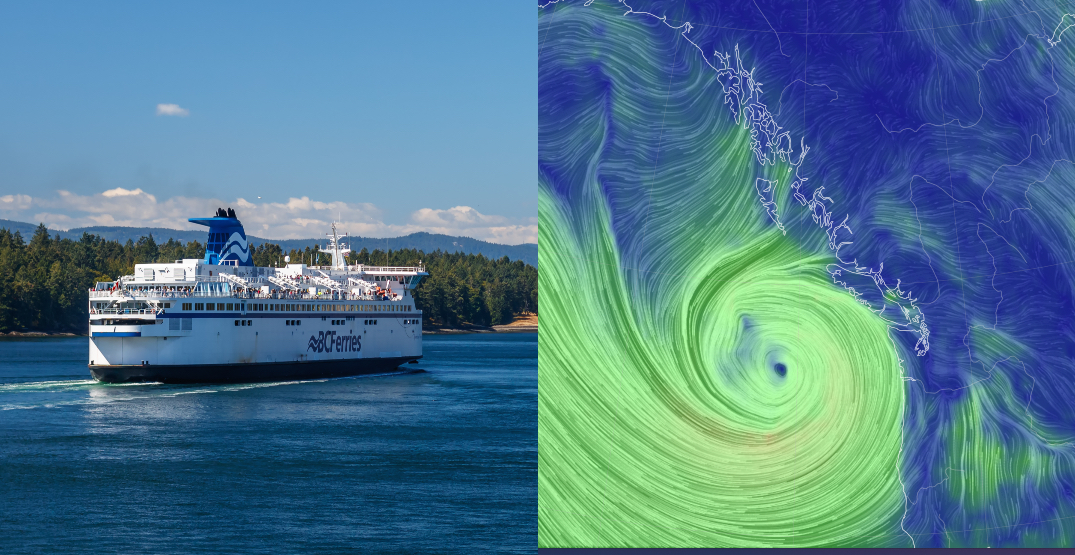 BC has been preparing for coming storms all week, and now travel between Vancouver Island and the Metro Vancouver has been affected.

At least a dozen BC Ferries cancellations were posted in the afternoon on Sunday, October 24.

BC Ferries notes that they’re cancelling the sailings ahead of anticipated adverse weather conditions including high winds.

The routes affected include early morning sailings leaving from Swartz Bay, Duke Point, and Tsawwassen. Also, sailings from Departure Bay and Horseshoe Bay are cancelled until the early afternoon.

BC Ferries customers that had bookings on these sailings will be fully refunded and they will be switching to travel on a standby basis.

#ServiceNotice #SwartzBay #Tsawwassen #DukePoint #HorseshoeBay #DepartureBay various sailings have been cancelled tomorrow in anticipation of adverse weather conditions. Please check out our Service Notices to see if any of these sailings apply to you: https://t.co/9Ti6taaC2a ^tc

Environment Canada has issued wind warnings for parts of Vancouver Island that could see winds of up to 100 km/h.

Environment Canada expects the low pressure system to approach the south coast on Monday, when Vancouver will experience the strongest winds in the morning. Gusts could exceed 80 km/h before the wind lets up in the evening.

Sunday's mid-latitude bomb cyclone is shaping up to be a potential beast. The central pressure is expected to be the lowest ever for any low pressure system in the Pacific Northwest.