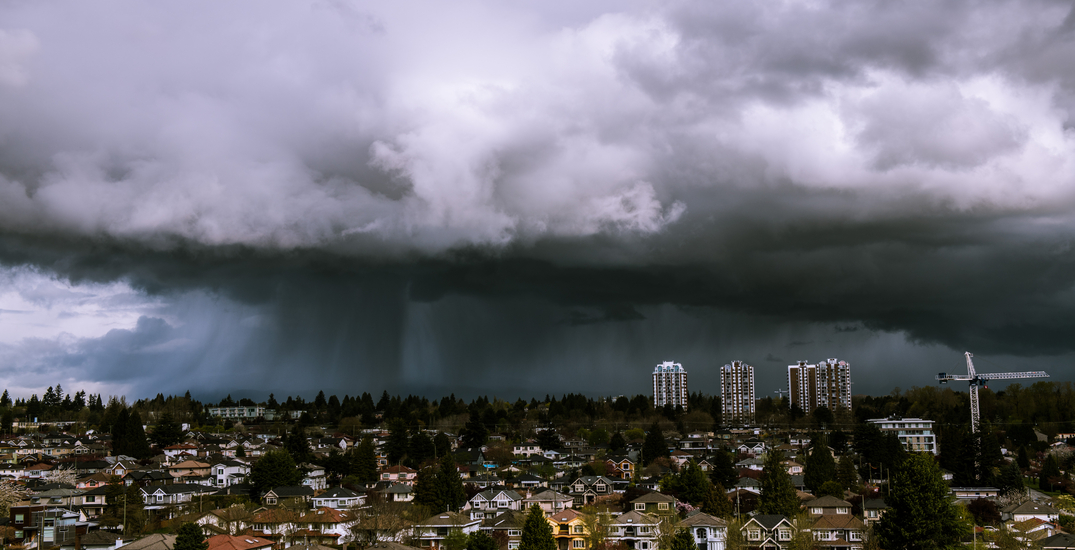 A potentially historic weather bomb will hit British Columbia on Sunday, bringing heavy rain and powerful winds to coastal areas across the province.

According to The Weather Network, rain will hit the South Coast on Sunday morning, with winds picking up in the afternoon before the low pressure system arrives in the evening.

The Lower Mainland will see up to 75 mm of rain, while higher elevations can expect over 100 mm. The winds are expected to strengthen over the inner South Coast Sunday night.

Environment Canada has issued a special weather statement for parts of Metro Vancouver ahead of the storm’s arrival. It is in effect for several areas:

According to the statement, the strongest winds will hit Metro Vancouver on Monday morning. Gusts may exceed 80 km/h before easing in the evening.

Environment Canada said there is “increasing confidence” that the strongest winds—over 100 km/h—will be over West Vancouver Island.

The impending storm has been brewing over the Pacific Ocean for days.

The Weather Network said it met the criteria of a weather bomb—when the pressure drops 24 millibars (mb) in 24 hours—in nearly 12 hours.

The potentially historic storm could develop into a double bomb, according to meteorologist Kevin MacKay, as the pressure continues to drop.

“Buoys near the storm are reporting waves in excess of 12 metres.”

Residents should be prepared for power outages, potential ferry cancellations, flooding, and high swells as the storm batters the province.