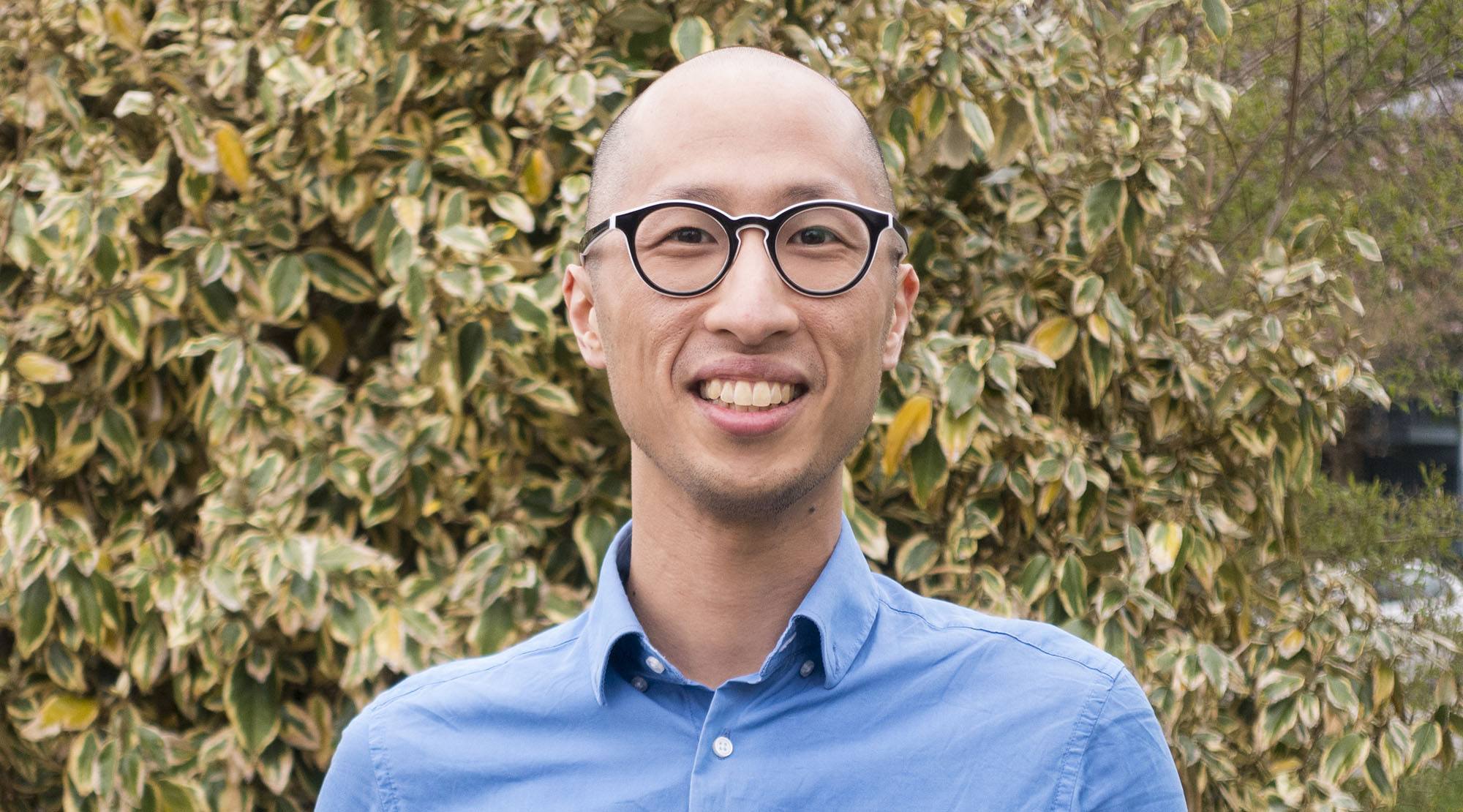 33 – It’s the age when every sitcom made is about me or my friends right?

I’m a high school teacher (I teach in Coquitlam). I also work with a BCTF [BC Federation of Teachers] advisory committee doing anti-racism work and was involved in some anti-poverty stuff with them before that.

Absolutely. I am also actively encouraging everyone I know (including my students) to learn as much about the issues, parties and candidates as they can and to be a part of the democratic process, whether that be voting, or working with a campaign. The election will affect everyone in BC, whether they cast a ballot or not!

My family and I tend to have different lenses on politics and civic engagement. They tend to be a little more centrist, and I definitely identify as more progressive.

I also am much more active in politics and community engagement both during elections and between them. I’ve come to believe that voting alone is not enough if we want our province (and country) to be the place we want it to be.

Because of my higher level of engagement, I probably influence my family’s level of civic engagement and voting preferences more than they influence mine.

Very closely. The release date for the provincial budget is on my calendar. I pay attention to the throne speech.

I’ve also been involved in different grassroots movements and campaigns to try to shape political decisions and public policy, including advocating for a provincial poverty reduction plan (BC is one of the last provinces still yet to commit to one while having one of the highest child poverty rates in the country) and voice my concerns about fossil fuel projects in the province.

As a teacher, I also see first hand how the political state of the union impacts my students and families I work with.

Public education funding has not been a priority for the incumbent provincial government (and that is putting it lightly) while government support for private schools has expanded.

I see the negative consequences of this on my students and their families every day.

I feel very strongly that we need a change in political direction in order for them to get the support they need and deserve, especially for lower income families and children who are working with learning disabilities other life challenges.

Seeing the effect that BC politics and the incumbent government has on my students in their families, and knowing the affect a new government could have on them has motivated me to get involved and follow BC politics more closely.

Yes. I am in Kathy Corrigan’s former riding. She has just retired from provincial politics and Anna Kang has stepped in to fill her shoes as the BC NDP Candidate for the riding.

It’s actually a pretty an interesting and exciting race here in Burnaby-Deer Lake.

With Kathy (the incumbent) retiring, the race is between people who would be new to an MLA role. Between the two front runners, the margins are so close that Burnaby-Deer Lake would be considered a swing riding. It won’t be over until it’s over!

Depending how things unfold in my life and in the province, I might consider running for public office in the future (maybe).

I am lucky; my housing and employment is more secure and much less precarious than many other people my age.

Partly through timing, dumb luck, and the initial financial support of my parents, I was able to purchase a condo in Burnaby eight or so years ago.

Right now raising a family or something like that is not on my immediate horizon, so my current housing situation work for me for now.

My story is the exception, not the rule though; many of my friends my age are actively making plans to leave the city for smaller towns in BC or other cities in other provinces because of affordability issues, often times associated with balancing a future family.

I enjoy my life here in YVR, but I sometimes wonder if a time will come when I am the only one of the close friends left here.

I also wonder that if I ever get to the point where I may want a family, whether or not I would be able or want to stay in the city.

Housing and affordability is important in BC for all sorts of reasons, but I specifically worry that if affordability continues or get worse in metro Vancouver, the area is going to get hollowed out and lose its soul.

I know community groups that are losing their programs because their spaces are being sold and torn down to for condos.

The artists and people who contribute to the cultural and creative life of the city are often the first squeezed out in raising rents and precarious employment, as well as the young families who are the lifeblood of any city and give it its energy.

If that happens it will not only make our communities less connected and vibrant, but also degrade our ability to have a robust local economy due to talent and leaders leaving the city.

The common narrative that people have about Vancouver’s unaffordable housing market is that foreign investment is the main reason for the issues we have here.

While this certainly has some influence on it, I would argue that the issue is more complicated than that and class and capital is a more important factor in the crisis we have today.

These include (often older) upper middle class Canadians nearer to the end of their careers who benefit from the market at the expense of (often younger) lower income Canadians who are trying to build a future here in the city.

Despite the national/ethnic frame we often fall into when discussing this issue, the very wealthy of the world have more in common with themselves than they have with people from their culture or country of origin.

To control the runaway housing prices here YVR, I would like to see reforms in zoning laws, so that developers would have to build a certain number of low income housing units for every condo/apartment units they created, a housing speculation tax, an empty homes tax, better laws to address real estate flipping by realtors and a bylaw to address the affect that Airbnb has on Metro Vancouver rental stock.

I see the issue of transit and transportation infrastructure as linked to both jobs and the economy and the environment.

With BC (and Metro Vancouver specifically) growing so quickly, we need transit and transportation infrastructure to meet it.

Most people across partisan lines agree that we need a plan to address this, but where we disagree is in how we should fund it.

I view the BC Liberal Transit Referendum to be a failure in leadership on the issue, and I think that tax fairness needs to be at the centre of the conversation of how to fund transit and transportation in the city.

Tax rates on high income earners and corporations are at a lower rate than they have been historically (especially when we talk about regressive taxes like the MSP where everyone pays the same amount of money even if they make a higher income).

Raising income taxes rate on the most economically advantaged in our province would go a long way making lives better for everyone in BC, and the proposal to do so in the BC NDP platform is something that I appreciate and think is important.

As of now, many experts are saying that the economic prosperity promised from LNG has been oversold.

Even if it does result in some short term job growth, the devastating consequences of climate change and its long term threat to our survival and economy definitely trumps it.

At the same time, jobs building and maintaining and running roads and public transportation are green jobs that would help us live more sustainably and improve our province’s economic prospects long term.

A better public transportation system makes out cities more connected and makes transportation and mobility more affordable and accessible to lower income people in our province.