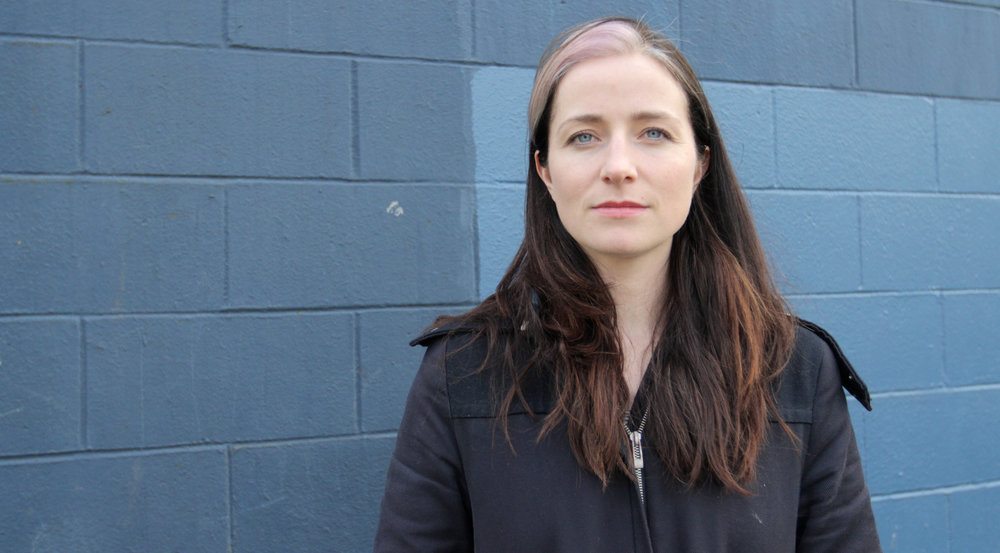 I’m the Executive Director of a non-profit called Megaphone. Megaphone creates meaningful work for people experiencing poverty and homelessness. We publish the monthly Megaphone magazine and annual Hope in Shadows calendar that our incredible homeless and low-income vendors sell on the streets of Vancouver and Victoria. Vendors are micro-entrepreneurs. They buy each magazine for 75 cents and sell it to customers for $2, keeping the money from every sale.

Every chance I get.

In a roundabout way. We discuss politics, why things are the way they are, and how they got to be this way. By now I think my family is tired of my, “I’m mad as hell and I’m not going to take it anymore,” political monologues at Thanksgiving dinner.

I pay attention, but I didn’t always. A lot of Canadian residents I know get more fired up about American politics than Canadian, especially Canadian provincial politics.

For a long time I did, too. It took seeing the impact of provincial policies on the low-income and homeless vendors I work alongside at Megaphone to make me sit up and pay attention. So many aspects of our day-to-day lives are impacted by provincial politics. And it’s also been wild lately. The New York Times called BC “the Wild West of political cash“. If there’s a good time to pay attention, it’s now.

Yes. My MLA Melanie Mark (NDP) made history last year when she was the first First Nations woman elected to the BC Legislature. I’ve been impressed by her work and her values.

Yes. John Horgan of the NDP, Andrew Weaver of the Greens, and Christy Clark of the BC Liberals.

I appreciate the work that elected officials do, though running for office is not something I’d relish. There are many ways to be involved in the political process and I’d like to play a different role.

We need people pushing for positive changes both in government and outside it. I recognize elected officials have a hard job. Not just because of the demands on their time or emotional energy, but because systems of government are big, slow beasts, resistant to change.

If someone enters government wanting to shake things up and make change, they may find themselves stymied by the system. It makes it challenging to create progressive change.

This is part of why there’s a need for people pushing for progressive change and justice both inside and outside of government. When people with good ideas do hold positions of power, people on the outside can show there is public support for those ideas – and hold them accountable, too.

We all feel the housing crunch, but it has the most profound and frightening impact on people experiencing poverty. I speak to people every week in Megaphone’s office who are being renovicted, who have no choice but to sleep in shelters or on the streets, who are desperate and frustrated and out of options. It is heartbreaking and unjust.

Our social safety net – the one we pat ourselves on the back about sometimes in Canada – has been systematically dismantled. Lack of affordable housing doesn’t just affect people experiencing poverty, but this is where the impacts are the most severe.

Homelessness is not normal. For young voters especially, it’s important to remind ourselves of that, because we might not remember a time when it was abnormal. My parents probably didn’t see tents pitched on the side of the road as they drove me home from the hospital 30 years ago. Now, there are an estimated 4,000 people experiencing homelessness in Metro Vancouver, and 10,000 to 15,000 in the province.

It’s estimated five people become homeless every week in Metro Vancouver. In a province as prosperous as BC, we can do a lot better than that. Morally, we ought to. And it is actually more expensive to keep people homeless than it is to house them. Shelters, emergency room visits, health care – the costs of homelessness add up quickly.

Homelessness kills. It quite literally steals decades from a person’s life: the average age of death for someone who is homeless is between age 40 and 49. The most infuriating thing about it is we know how to solve the homelessness crisis. Not taking decisive action to end homelessness is a political choice.

Homelessness is a solvable crisis that has lost its urgency. If 10,000 people in British Columbia lost their housing in an earthquake, they wouldn’t be homeless for long. We need to treat homelessness with the urgency of a disaster.

The incoming provincial government should implement a poverty reduction plan for BC with clear targets and timelines (we are the only province without one). We need to raise the rates. Welfare has been stuck at $610 per month since 2007. Try living on $610 a month in Vancouver: it’s legislated poverty.

We need to raise the minimum wage to $15 an hour, so working people are not stuck in poverty. We need to take action on poverty.

People experiencing poverty are being ignored to death by the BC Liberals.

Jobs, the economy and the environment

I see these issues as too intertwined to separate.

As a young(ish) person, I feel a lot of sadness and frustration at the generation ahead of me that holds power. As our elders, our parents, and our mentors, they ought to be looking out for us – and part of that is leaving the planet in decent shape for generations to come.

I’m also someone with friends and family who work in natural resources in this province. They’re concerned about what the future holds for their work. They want to be able to feel proud of their work and its impacts.

It’s important because BC is (oil) barrelling along toward catastrophic climate change with our fingers in our ears and pink hardhats on our heads yelling “LNGGGGGG!” over the sound of climate scientists, youth, First Nations, and people with an ounce of foresight telling us the track is about to run out.

We’ve been duped into seeing the economy and the environment as polar opposites – into thinking if you care about one you can’t care about the other. The truth is we need to take climate action and we need to create good jobs that help people in BC live well. These are not mutually exclusive and we need to do both.

You shouldn’t have to choose between paying your rent and having clean water and air. That’s where we need economic and climate leadership from our provincial government – we can do both.

We need a mass transition to green energy – which could provide thousands of jobs for BC residents while taking action for climate. At a minimum, I want to see the incoming provincial government implement the recommendations from the Climate Leadership Team.

In the BC Liberals’ August 2016 Climate Leadership Plan, not a single one of the government-appointed experts’ 32 recommendations was adopted. The need to transition away from fossil fuels presents an opportunity. We could create an economic plan that sets BC up to weather the big changes coming, build toward a positive relationship with First Nations, and look out for workers’ well being.

The economy is going to transition away from fossil fuels eventually. We have a choice to take the lead on that climate shift or struggle to react.