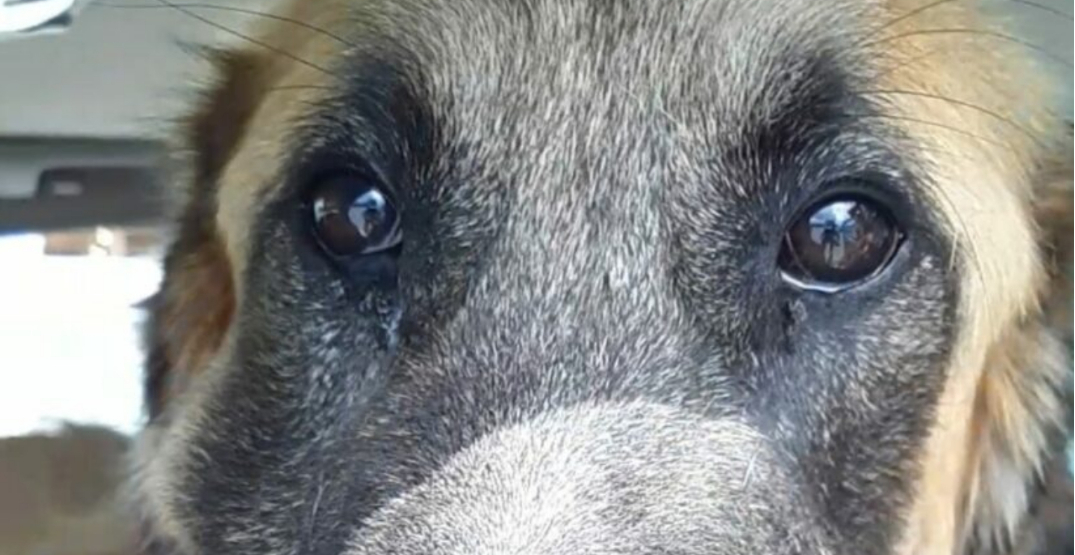 Warning: Some of the images in this article are graphic in nature.

A dog named Rose was found abandoned near Kelowna, BC, with multiple gunshot wounds.

BC SPCA says that Rose was found on a property in Beaverdell with her brother. Rose was abandoned for over a week after the owner was evicted from the property.

“The landlord discovered them but waited to see if the owner would come back, but unfortunately, he never did,” said Kelowna BC SPCA Manager Sean Hogan.

The BC SPCA is hoping the public can donate to help Rose’s recovery.

Hogan said that during a storm the pup siblings got frightened and ran into the woods, but that when they came back they were injured. While the male dog had minor injuries, Rose had “multiple, serious injuries.”

After Rose had arrived at the shelter, her wounds became severely infected and necrotic. 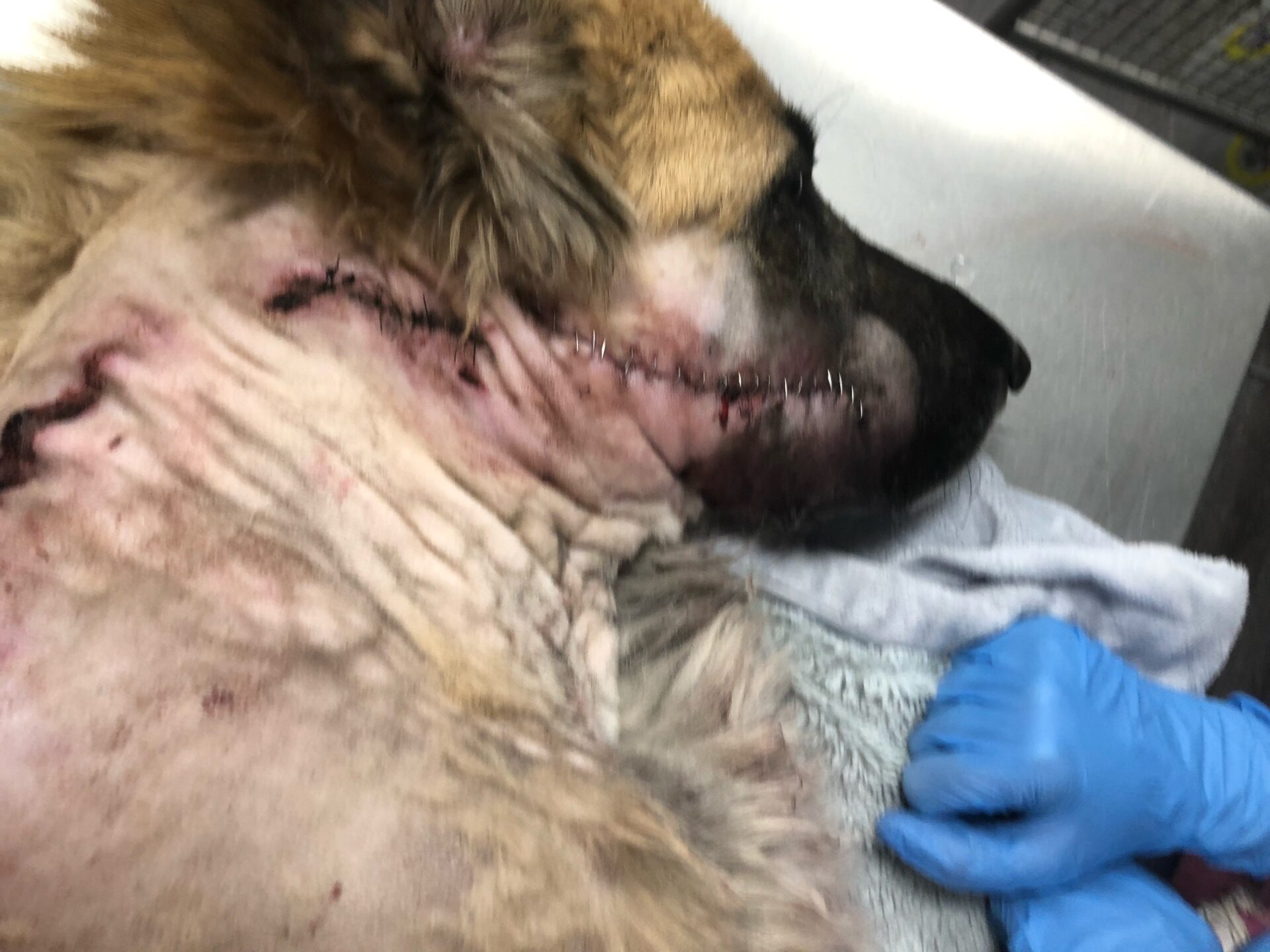 “She could barely eat or drink,” added Hogan.

“We immediately got her to an emergency veterinary hospital where they made her more comfortable and began attending to her wounds. While they were attending to the wounds, they discovered buckshot scattered in them and determined she had been shot.”

Following the discovery, Rose underwent multiple procedures to save her life. 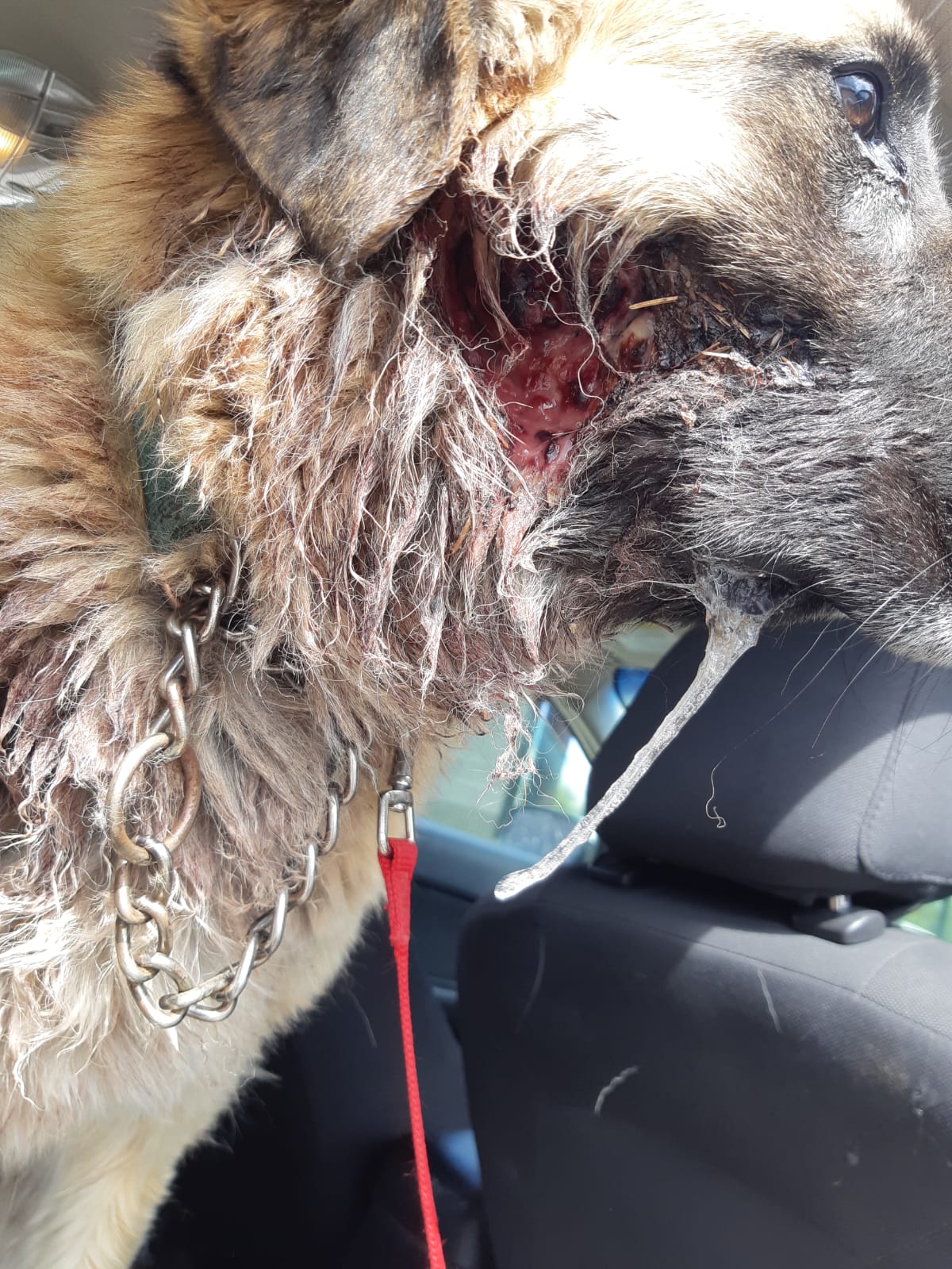 Rose may require more surgery in the future and is currently on pain medication, antibiotics, and fluids and currently needs 24-hour care.

“Although she is very scared, nervous, and in shock, she is still being as loving and affectionate as she can be. Everyone at the hospital has fallen in love with her, and cannot believe that after being shot, she is able to trust them to help and take care of her,” Hogan said.

SPCA officials are hopeful that Rose will have a full recovery and will be available for adoption. You can donate to help fund Rose’s recovery by clicking here.