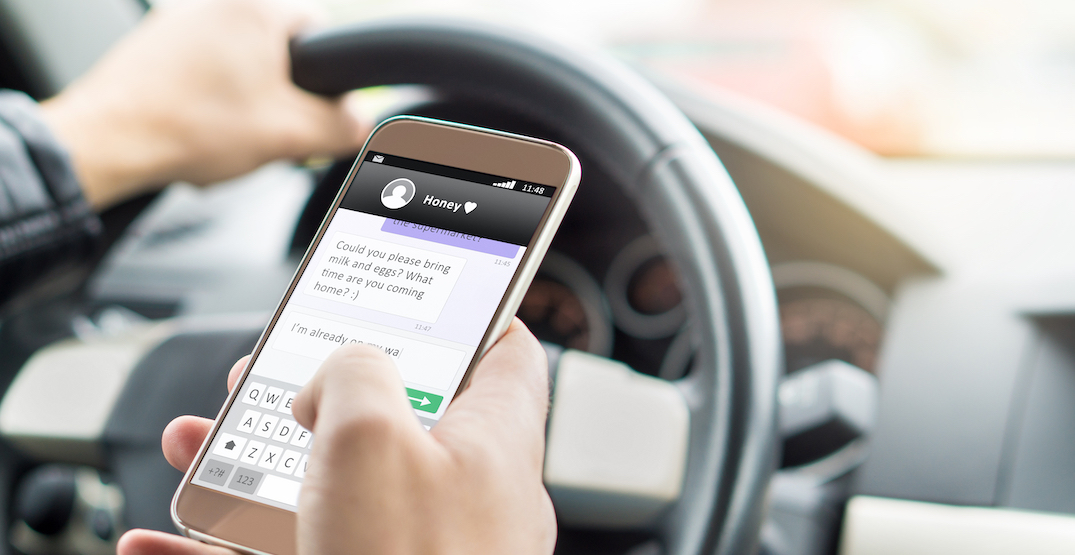 A new survey by Research Co. has found that a large proportion of British Columbia residents would like to see new measures to deter the illegal practice of distracted driving.

Over half (55%) of respondents said they saw a driver talking on a hand-held mobile device or texting while driving over the past month.

Nearly half (49%) of respondents in Metro Vancouver indicated they saw someone distracted by their mobile device over the past month, compared to 61% in both the Fraser Valley and Northern BC, and 64% in both Vancouver Island and Southern BC.

When asked to provide their input on the current fine for distracted driving, 52% of the total respondents said it is “about right,” while 30% consider it “too low” and 14% deem it “too high.” Currently, the BC fine for drivers caught emailing, texting, or using a mobile device is $368, plus four penalty points in their insurance penalty point premium — equivalent to $252. The total penalty is $620 for a first-time infraction.

Most respondents want to see far stricter punishments for distracted driving with a mobile device.

Over half (54%) of respondents agree with the idea of suspending the driver for one year. There is even higher support for doubling the current fine to $1,240 (59% of respondents), and seizing the electronic devices of repeat offenders (70%).

Interestingly, there is also a split in opinion based on party lines, with BC Green Party (66%) and BC NDP (57%) supporters more likely to support doubling the current fine than BC Liberals supporters (50%).