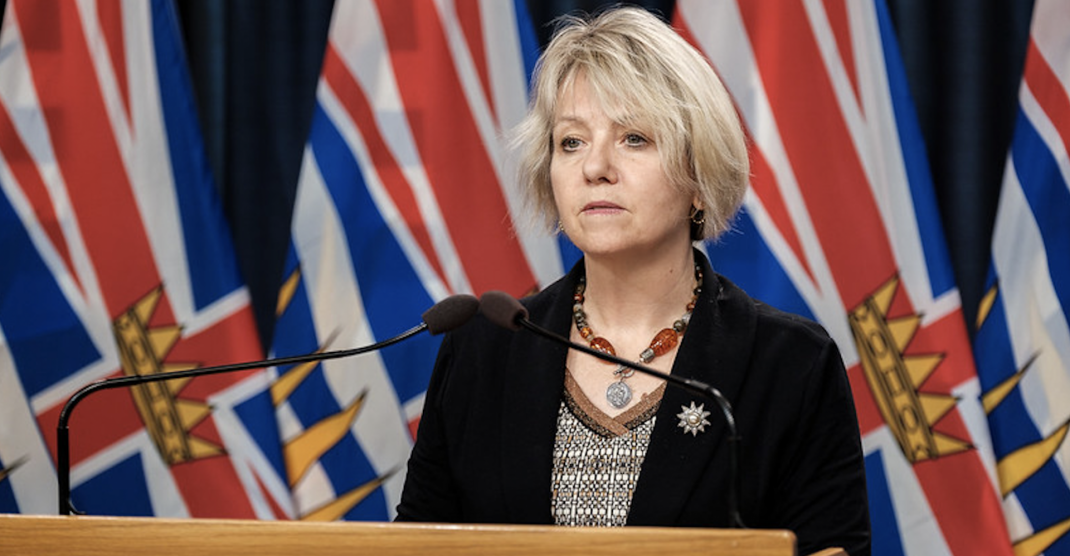 Health officials in British Columbia are scheduled to provide a live COVID-19 update on Wednesday afternoon.

The announcement comes after BC shattered its single-day case count record, with 941 new cases on Tuesday, bringing the total number of recorded cases in the province to 28,348.

This surpasses the previous one-day record of 762 new cases, which was logged on November 18.

As of Tuesday’s announcement, 10,283 people are under active public health monitoring due to identified exposure to known cases.

BC’s Minister of Public Safety and Solicitor General Mike Farnworth also announced that new enforcement measures are now in effect for those who don’t comply with the provincial mandatory mask order.

Now, effective immediately, anyone without a mask in an indoor public place, or who refuses to comply with an enforcement officer’s direction – including the direction to leave the space – or who responds with abusive or belligerent behaviour may be subject to a $230 fine.

The live update can be viewed here at 3 pm PST.