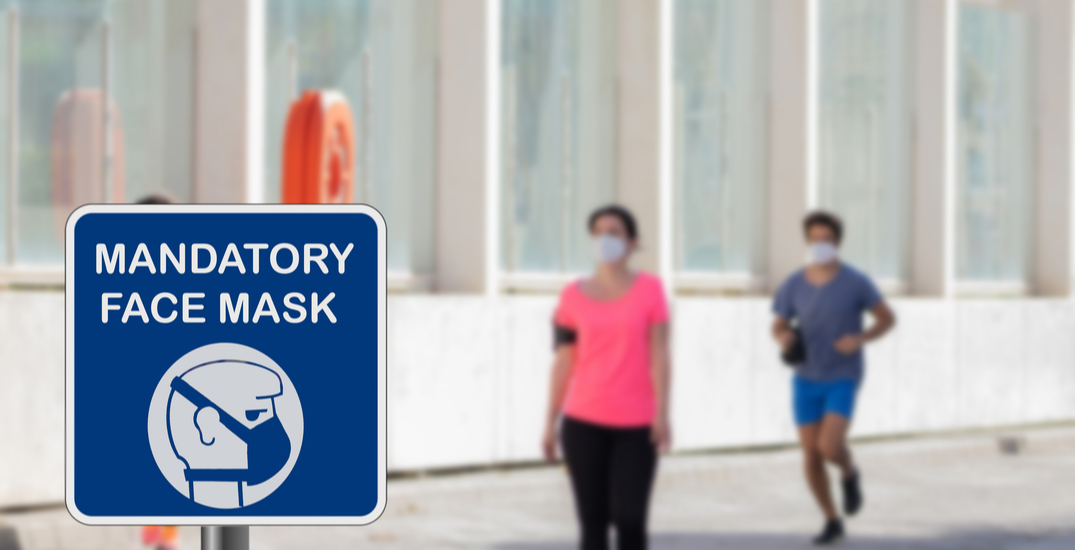 On the same day BC recorded its highest-ever one-day total of COVID-19 case numbers, BC’s Minister of Public Safety and Solicitor General Mike Farnworth announced that new enforcement measures are now in effect for those who don’t comply with the provincial mandatory mask order.

“We’ve entered a second wave of COVID-19 in British Columbia, and additional steps need to be taken to protect our health,” Farnworth said. “Now more than ever, we all need to follow the guidelines of the PHO. Last week, the PHO provided guidance that masks should be worn in all indoor public places.”

Now, effective immediately, anyone without a mask in an indoor public place, or who refuses to comply with the direction of an enforcement officer – including the direction to leave the space – or who responds with abusive or belligerent behaviour, may be subject to a $230 fine.

“We’re having businesses review their plans and getting the word out to communities in several languages,” Farnworth said. “Businesses should provide signage on the mandatory mask policy and inform customers about the requirement.”

He noted though, that “despite any range of efforts, some people will break the rules knowing full well what they’re doing.”

As such, said Farnworth, “these measures give police and other enforcement officials the tools to intervene with and penalize problematic individuals and groups.”

Face masks are  now required to be worn by all British Columbians, 12 years and older, in a number of indoor public settings, including:

People who cannot wear a mask or who cannot put on or remove a mask without the assistance of others are still exempt, noted Farnworth. Masks also may be removed temporarily in indoor public places to identify the individual wearing the mask, to consume food or beverage at a location designated for this purpose, while participating in a sport or fitness activity in a sport facility, or while receiving a personal or health service that requires the mask to be removed.

In addition to the new announcement around enforcement, Farnworth said the province is also formally extending the provincial state of emergency – which has been in place since March – until the end of the day on December 8, 2020.