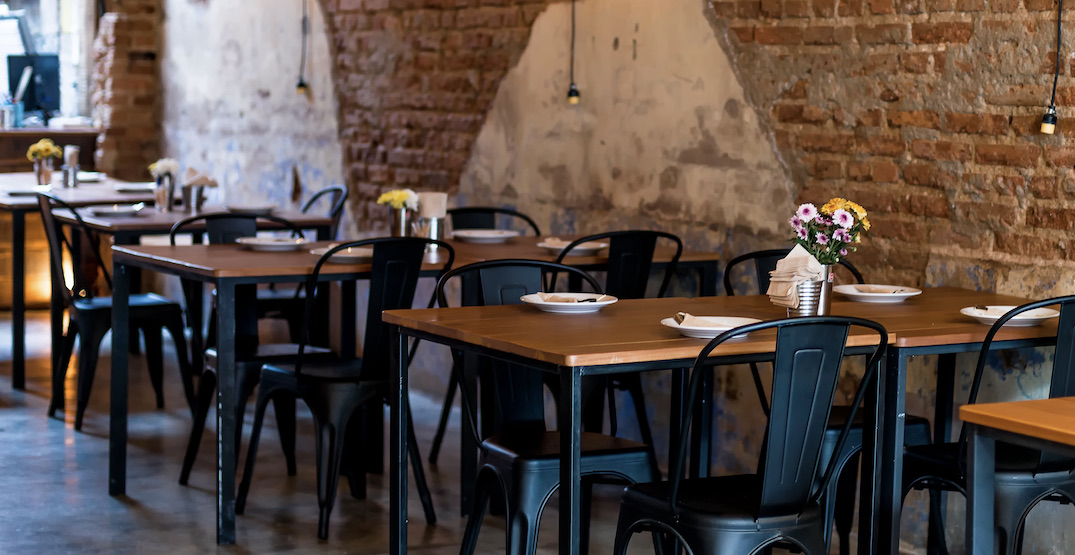 A release from BC’s restaurant and bar industry last week revealed the province-wide ban on indoor dining would likely be extended into May, and now this has been confirmed.

In a live update on Monday afternoon, BC health officials announced the extension of the indoor dining order.

The order, which came into effect on March 30, 2021, was part of a three-week province-wide circuit breaker. That order was slated to remain in place until at least April 19, 2021, at the time of the initial announcement.

Now, indoor dining will be suspended a further five weeks until after the May long weekend, BC Premier John Horgan said during the conference.

“All current guidelines and orders will remain in place,” the province confirmed on Monday.

“Over the coming five weeks through to the end of the May long weekend, it is critical that we focus our efforts to follow the guidelines,” said Horgan.

This means restaurants, bars, and pubs will continue to be prohibited from offering dine-in service, except for outdoor patios, until after Victoria Day on Monday, May 24.

People dining on patios should do so with their immediate household or core bubble only.