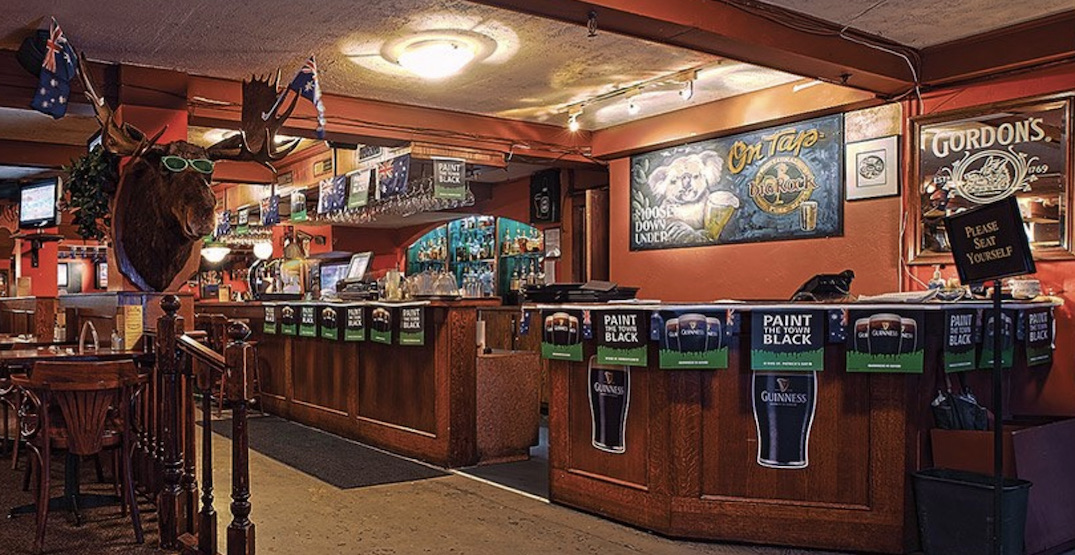 Moose’s Down Under has been around since 1995, and thanks to a GoFundMe launched by a longtime customer, it will still be around for some time longer.

Owner Corina Aquino told Dished Vancouver that she was “humbled and so touched with the outpouring of love and support” the business has received, reaching its $20,000 goal to stay afloat during these tough times thanks to the fundraiser.

“I now have enough money to pay the majority of this month’s bills. With the government possibly closing indoor dining until after the May long weekend, I hope to be able to carry on with takeout and deliveries,” says Aquino.

Not unlike the majority of restaurants in the province, Moose’s has felt the crunch due to the pandemic.

Aquino says the bar and grill was “near closing down for good” before the GoFundMe launched.

Now with the impending extension of indoor dining restrictions, it — and other establishments — needs this critical financial support more than ever.

A much-loved neighbourhood haunt for many, some folks know the eatery because of its Chicken Parmie eating challenge.

In a message to the restaurant’s Instagram followers, Aquino thanked everyone who helped keep Moose’s doors open.

“We are going to survive this closure due to the support we have received from all of you,” she posted on Sunday.

Keep an eye on Moose’s website and social channels for details on takeout and delivery options.