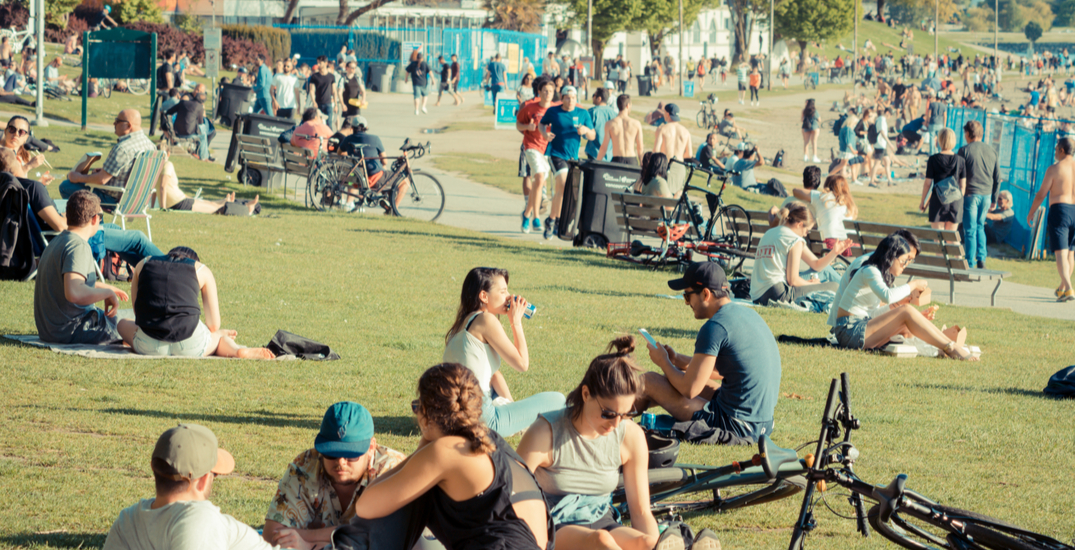 Health officials say that with the sustained, low transmission and reproduction of the COVID-19 virus being seen, British Columbia is on a good path forward to enter Step 3 of its restart plan.

The announcement was made on Monday afternoon during a press conference held by Provincial Health Officer Dr. Bonnie Henry and Health Minister Adrian Dix.

Henry said that “things are looking really good in terms of going to Step 3,” adding that an announcement would be made very soon.

By local health area, Henry says that many communities in the province saw little to no cases over the past week, displaying an even further decrease in transmission. 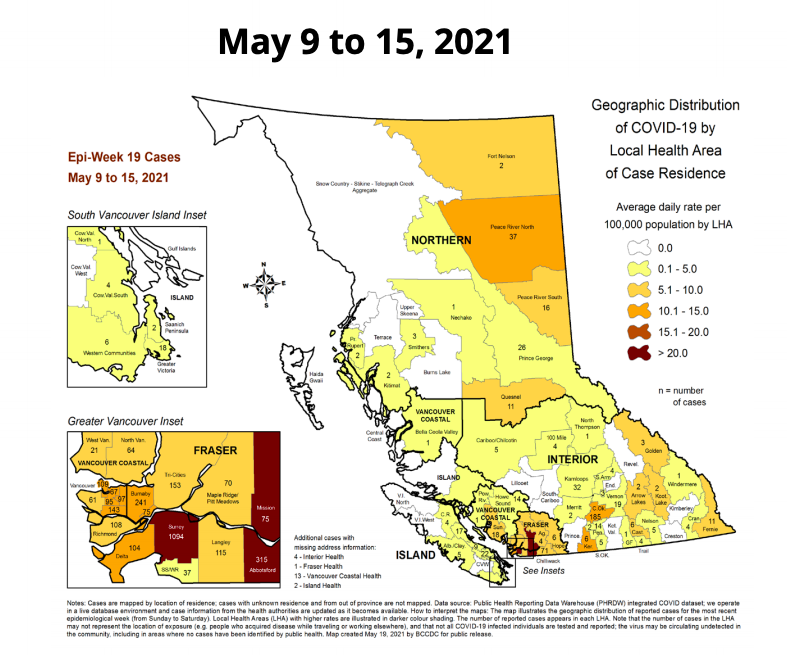 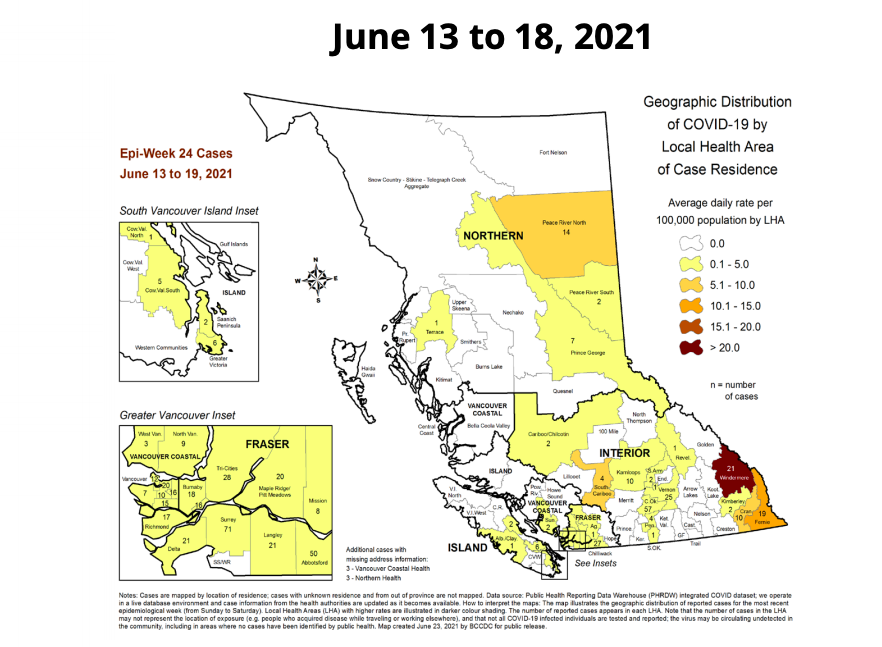 Notably, a dramatic drop can be seen in the Lower Mainland, which struggled with COVID-19 cases over the course of the pandemic. Pockets of higher transmission in the province are attributed to having lower immunization rates.

While Surrey remains the city with the most transmission, Henry said she was pleased to see cases go down — from approximately 300 cases per week to 70 cases per week.

She adds that “the dramatic fall” that BC has seen in case counts is due to the province reaching a critical mass of immunizations. Hospitalizations are also continuing to decline, although they lag slightly behind case numbers.

Additionally, data suggests that BC is not seeing a waning in protection from the COVID-19 vaccine.

Another measure that officials have been watching is variants of concern, which make up the vast majority (approximately 80%) of cases among all health authorities.

Fortunately, Henry says that the measures being taken in terms of immunization, as well as public health tracing, have resulted in case numbers continuing to decrease regardless of what virus strain a person is infected with.

This information is also important moving through the rest of summer and early fall. It shows positive signs that BC will not deal with the “widespread, explosive” outbreaks seen a few months ago.

Dynamic compartmental modelling also shows that BC has a “sustained, low reproductive rate” of the virus. This means that most people infected with the virus won’t pass it on to another person.

Henry adds that this is how transmission will eventually fizzle out, so long as people limit or have no infectious contacts. She reiterated, however, that there’s enough protection in the community to deal with a small increase in cases, clusters, and even transmission in certain situations.

“As we continue to increase our social contacts, as we return to those things we need so much,  we will expect to see some cases, some clusters, and some transmission in certain situations,” she says.

“So this is where we are now and what we’re looking at to make those determinations of how we can move into Step 3 later this week.”