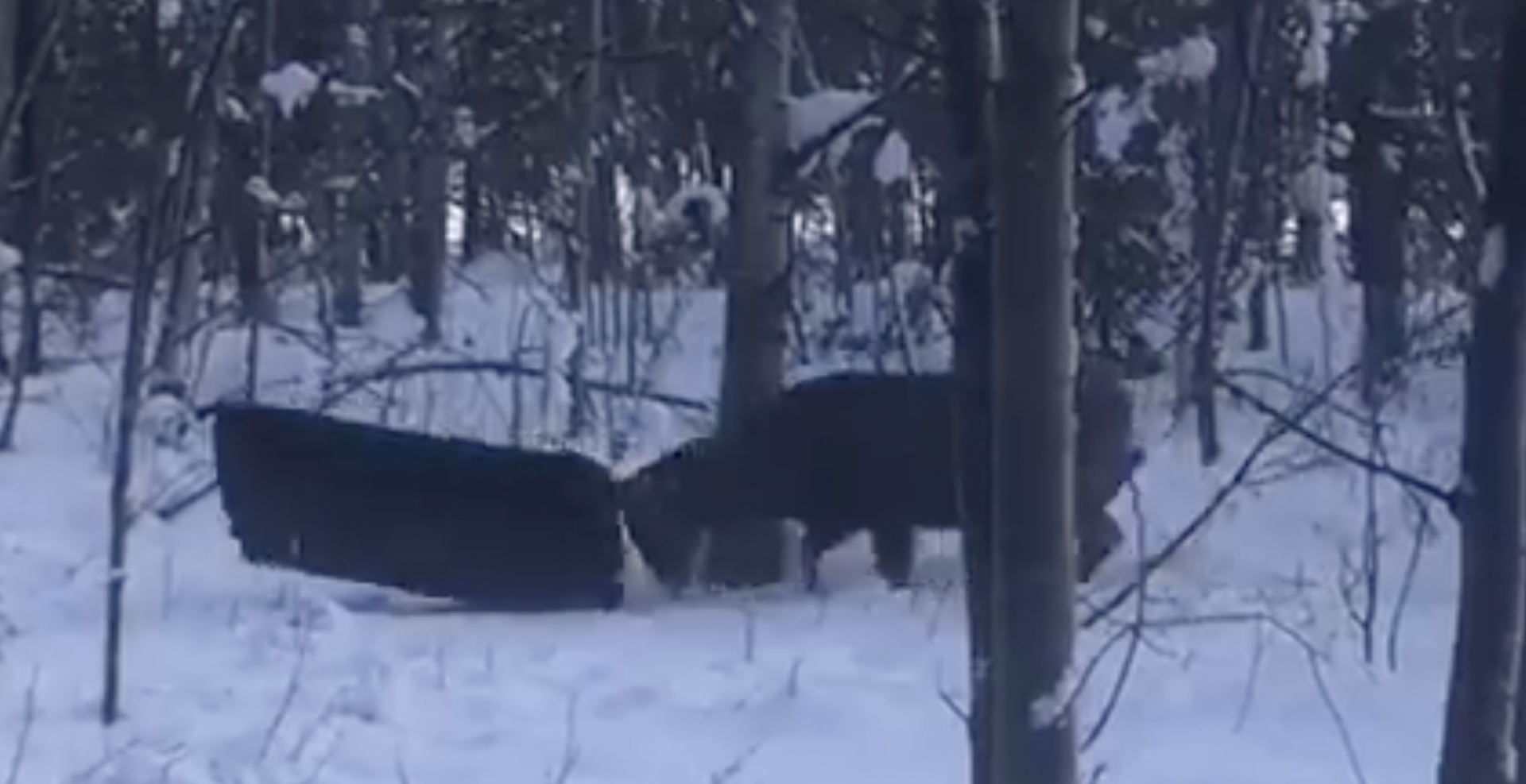 The BC Conservation Officer Service (BC COS) helped free a deer it says became tangled with a toboggan in the Central Interior.

On Twitter, the BC COS says a resident in Williams Lake came across the deer while on a hike.

While hiking in #WilliamsLake a resident came across a deer tangled up with a toboggan & called the #RAPP line #BCCOS used a snowmobile to get to the deer as fast as possible. Thankfully, it was not injured. CO’s tranquilized the deer, cut it free & watched it prance away. pic.twitter.com/yLuAt9q0wR

They alerted the BC COS RAPP (Report All Poachers and Polluters) hotline and conservation officers arrived on the scene via snowmobile to get to the deer as fast as possible.

Officers tranquillized the deer, cut it free, and proceeded to “watch it prance away.”

“Thankfully, it was not injured,” noted the BC COS.

Residents are encouraged to call the RAPP hotline to report human-wildlife conflicts where public safety may be at risk.

In December, conservation officers underwent another rescue mission, helping free a  cougar they say was “unintentionally” trapped in Williams Lake.