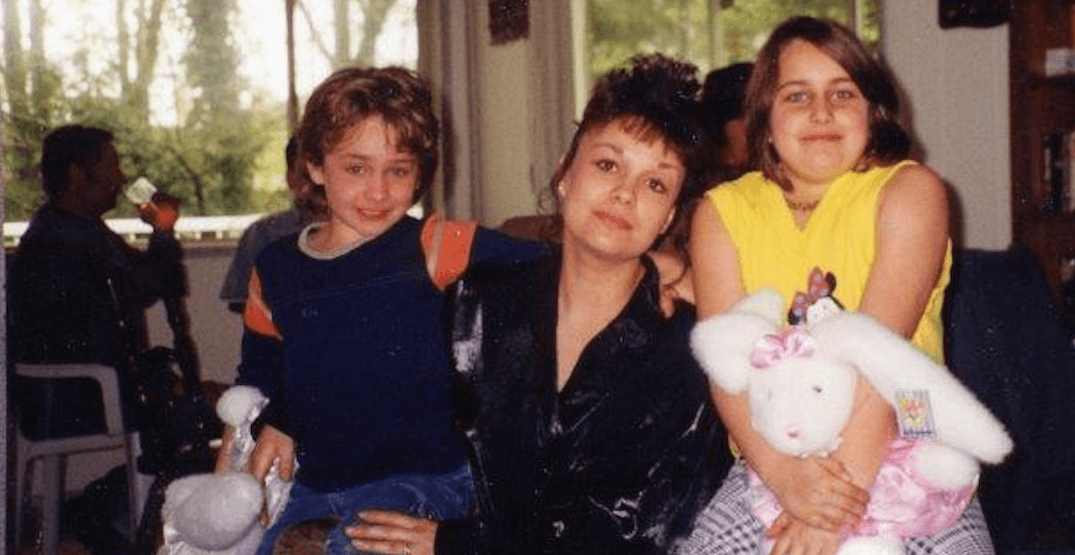 A photo of Angel Fehr and her two daughters (RCMP)

A BC man has been arrested and charged in the death of his pregnant girlfriend, 19 years after her disappearance.

In announcing the arrest and charges on Thursday, BC RCMP said the investigation began on June 19, 2000, when Angel Fehr was reported missing to the Kamloops RCMP by a concerned family member.

Fehr, who was 27 years old at the time of her disappearance, had last been seen in Abbotsford on April 23, 2000, when she had Easter dinner with her family, including her two daughters.

After dinner, Fehr, who was five months pregnant, left with her boyfriend Trent Larsen, to drive back to their home in Kamloops.

“Despite attempts by family to contact Angel, she was never seen or heard from again,” said RCMP Supt. Jeanette Thiessen.

Early in the investigation, “police determined it was uncharacteristic for Angel to be out of contact with family, especially her two daughters, for such a lengthy period,” said Thiessen.

In the almost two decades since her disappearance, “investigators have continued to follow up with witnesses, family, and anyone who may have had information about Angel’s whereabouts. Angel was never forgotten and investigators have always remained determined to locate her,” she added.

Then, in June of 2016, members of the E Division Major Crimes Section Special Projects Unit assumed conduct of this investigation from the Kamloops RCMP. As part of their efforts the specialized unit “engaged several policing partners and other specialized units in order to work collectively towards locating additional evidence” in Fehr’s case.

“It is these combined efforts that ultimately moved the file forward,” said Thiessen

And this past weekend, at a rural property just outside of 100 Mile House, Fehr’s body was found.

Larsen, now 52, has been arrested and officially charged by the BC Prosecution Service with one count of second-degree murder in relation to Fehr’s death.

“Despite 19 years having passed, we have continued to follow up on every tip and investigate every lead… in the hope that someday we would arrest the person we believe to be responsible for Angel’s death,” said Thiessen. “That day has finally arrived and we can only hope today’s announcement can bring Angel’s family some sense of relief and one step closer to healing.”

Thiessen also said police would “like to extend our sincere gratitude to the owner of that property, who is completely unrelated to this crime.”

She noted that the property owner “not only co-operated with investigators, but assisted by providing equipment to aid in the recovery of Angel’s body.”

Thiessen said the property owner has requested not to be contacted or identified, but that he and his family “were invaluable to investigators.”