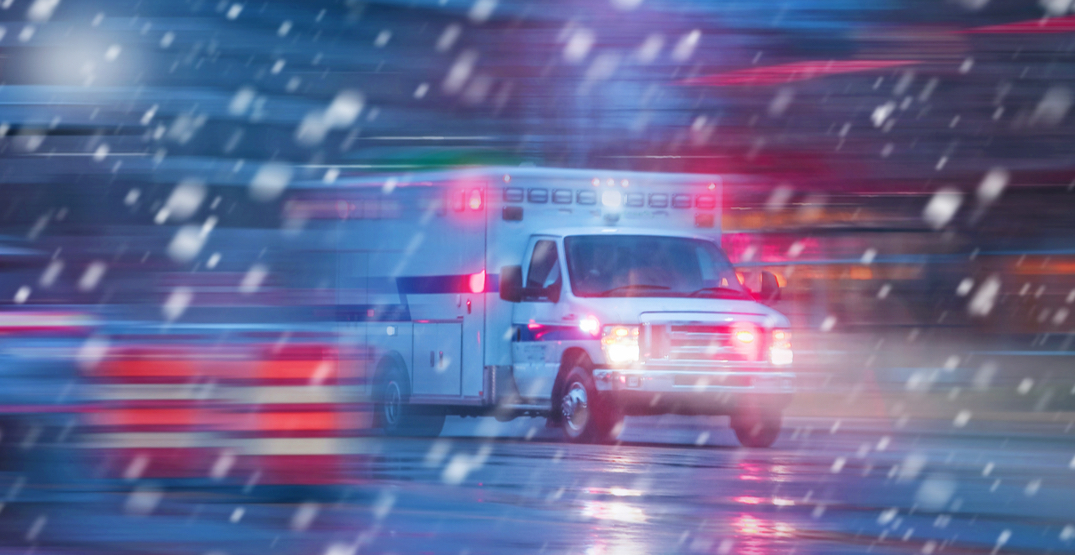 It’s been unusually cold in BC lately, so much so that ambulances are getting more and more calls that are directly related to the weather.

BC Emergency Health Services (BCEHS) shared data on the total cold-weather related calls that came in as the province experienced a deep freeze brought on by arctic outflow.

“Over the four day period from December 25 to 28, BCEHS has responded to a total of 50 calls for hypothermia or frostbite,” said BCEHS.

“In the preceding four-day period…BCEHS responded to 17 such calls,” they said, noting the jump from one period to the next.

The calls came from all of the health authorities in BC including Fraser, Interior, Northern, Island, and Vancouver Coastal Health.

Arctic outflow warnings are over for parts of BC as the province slowly begins to warm up, but it’s still cold enough to be cause for concern.

You can prevent frostbite and hypothermia by preparing for winter conditions. Limit your outdoor exposure, wear appropriate winter gear, and cover exposed skin as much as possible.

There are warming centres and emergency shelters available across the province.