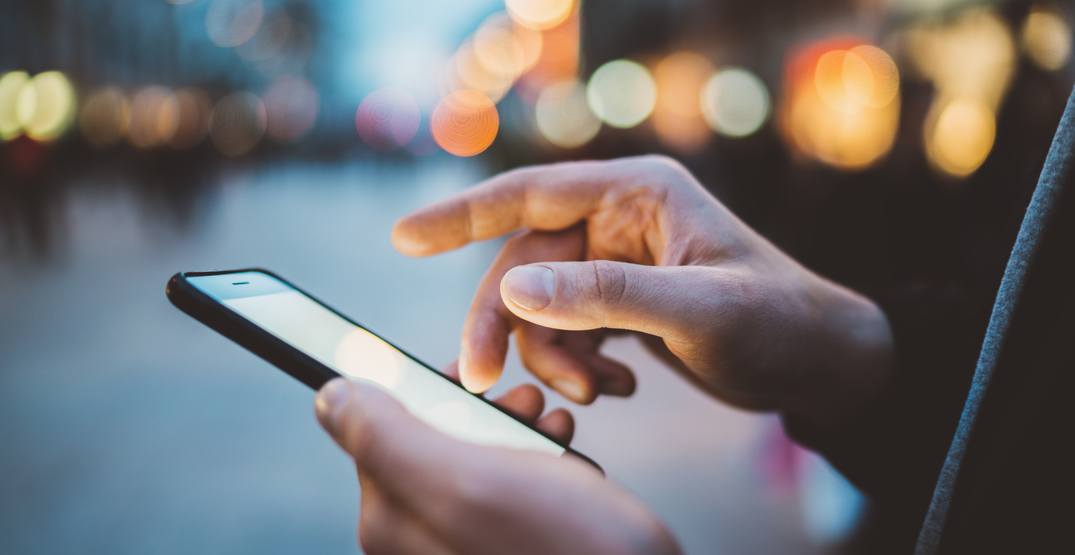 One-in-five British Columbians admit to being addicted to their smartphones.

That’s the latest finding from a recent study conducted by Insights West.

An online survey with a sample size of 816 British Columbians found that an alarming 21% of owners were “self-admitted smartphone addicts.”

Of that 21%, 4% described their relationship with their phones as being an “unhealthy addiction.” The remaining 17% recognized that they had a strong addiction but argue that it’s manageable. 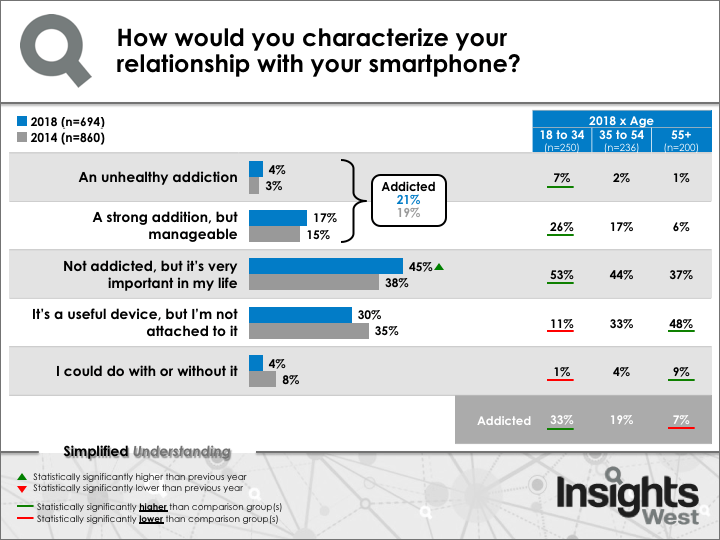 Unsurprisingly, that same percentage only increases when looking at those aged 18 to 34. When comparing that age group, one-in-three (33%) admit to having an addiction.

Steve Moscrop, President of Insights West, comments that “smartphone usage and influence has increased drastically since the last measurement we took in 2014.”

“Unfortunately, there is a downside as well—self-reported addiction levels have increased, and the side effect of upheaval in the technology and marketing world has been dramatic.”

The amount of time that British Columbians spend on their devices has also increased.

Users report spending an average of 16.5 hours per week on their phones, taking over other forms of media such as televisions, laptops, iPads, tablets, and desktops. 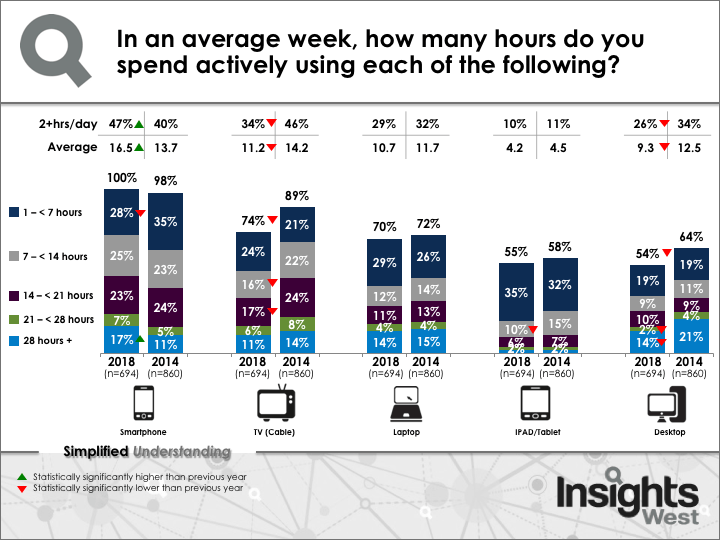 When they asked what people are using their smartphones for, respondents provided a wide range of answers.

In addition to the expected uses such as texting, sending and reading emails, and social media, more and more people have turned to their phones for taking photos, banking, playing games, and even using them as fitness-based trackers. 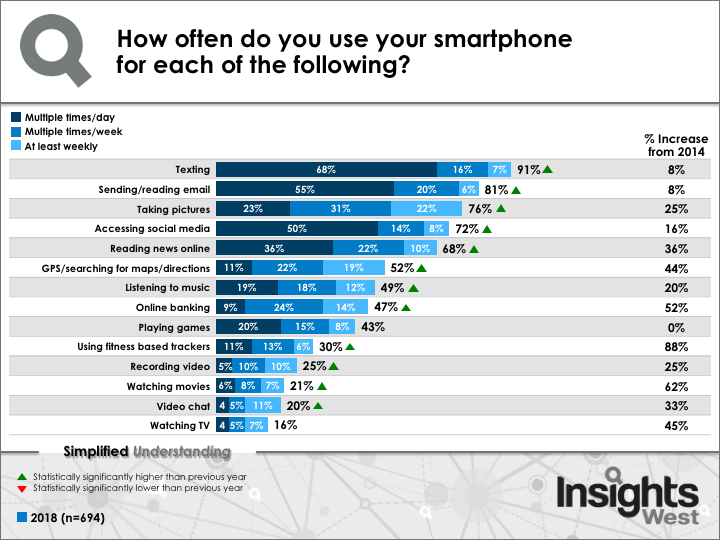 On a brighter note, although smartphone use has increased in the past several years, the number of people using smartphones while driving has decreased.

British Columbians report using their phones more at public restaurants, while eating with others, during meetings or class, but fortunately not on the wheel. 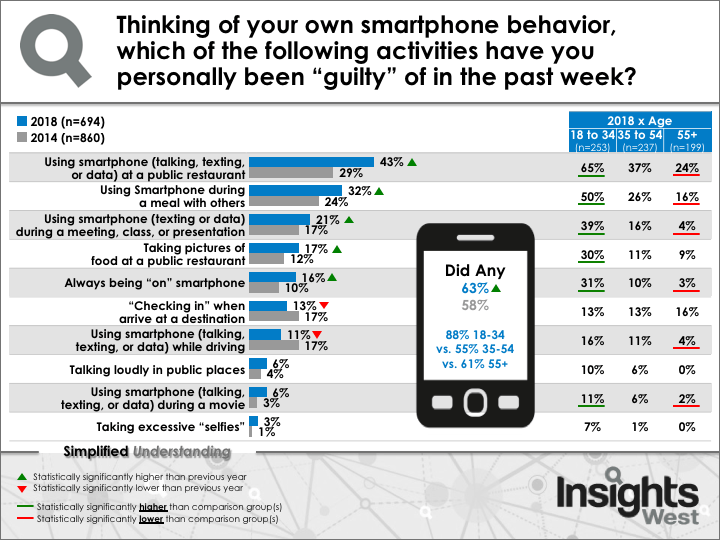