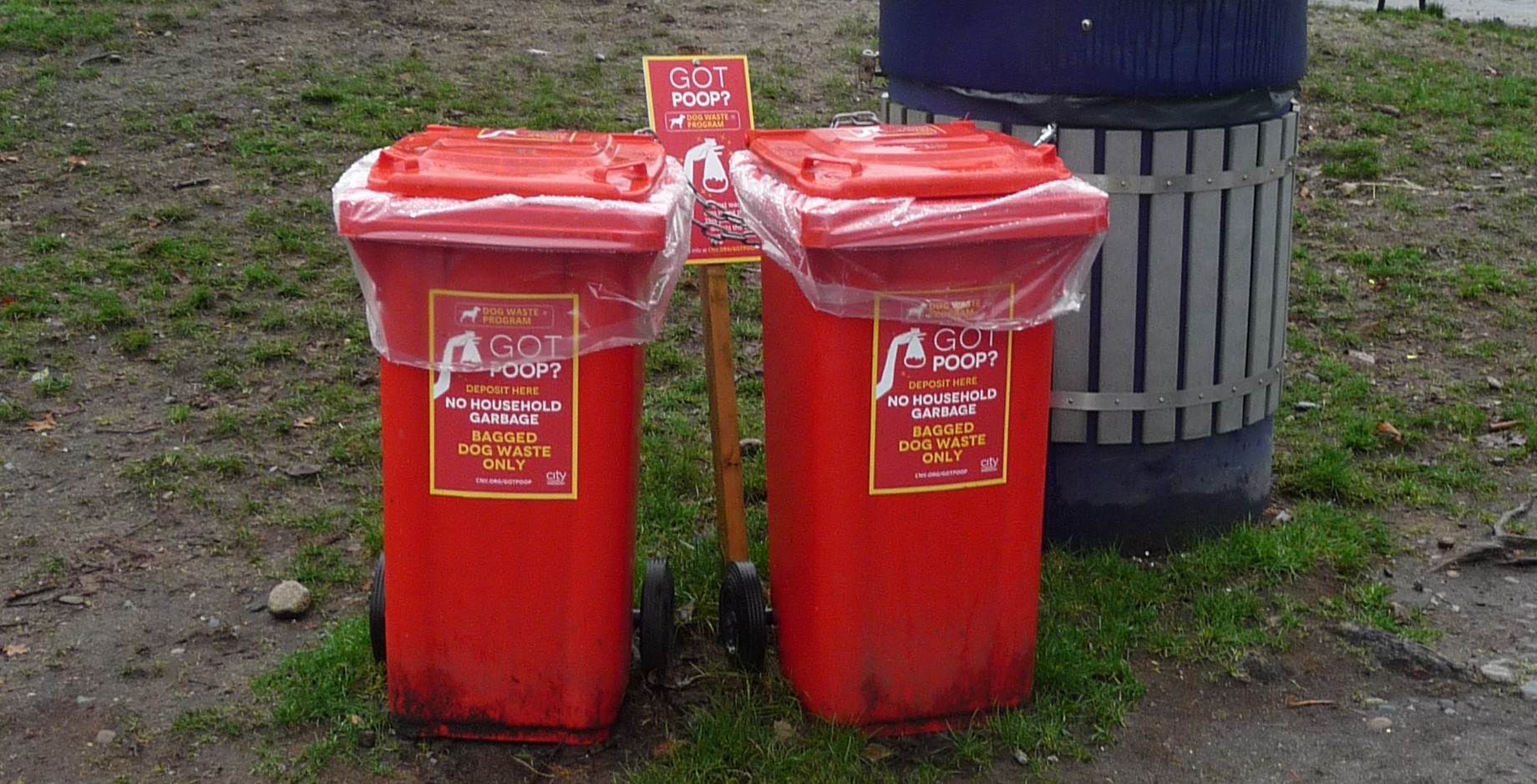 The City of North Vancouver has recently rolled out an interactive map to help dog owners find waste disposal bins.

The tech-savvy move is the city’s latest action to try and control the amount of dog waste that gets abandoned and left in public areas.

Users can view an interactive map of the North Shore that displays nearly 30 disposal bins spread across Upper and Lower Lonsdale. 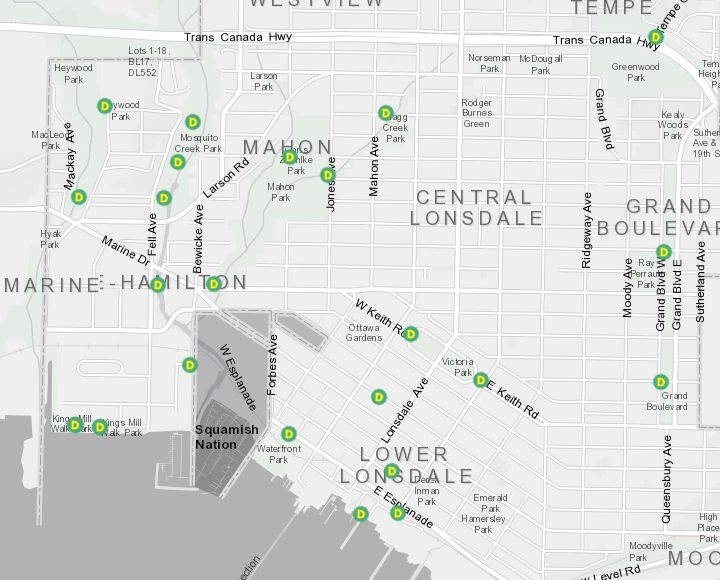 Upon further inspection, the mobile-friendly map also reveals areas in the city that are leash-friendly, leash-optional, and even where dogs are prohibited. 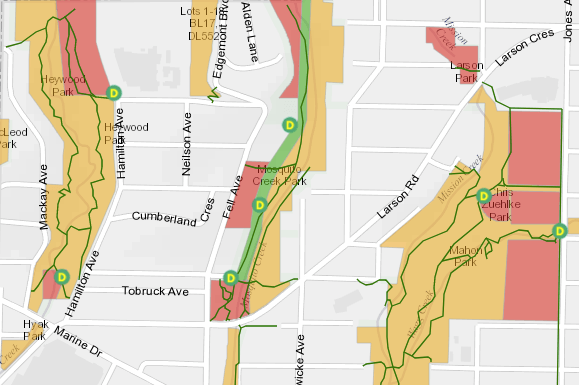 City officials are encouraging users to save the handy tool on their cellphone.

Calling all dog owners, make sure to check out our new #GotPoop dog waste map. For handy on the go access save it to your cell home screen: https://t.co/OquU8UQZsX #NorthVan pic.twitter.com/mKGTk73dEd

In person, the waste bins are almost impossible to miss.

Almost identical to the district-supplied carts for garbage and organics, the large units are 240 litres in volume and coloured in bright red.

Launched as a pilot project in 2017, the ‘Dog Waste Only’ bins were placed in off-leash parks. The program was considered a success and 20 more bins were added throughout the city shortly after.

As if the strong red colour scheme wasn’t enough to capture the attention of dog owners, the message on the bin is unapologetically blunt: “Got poop?” 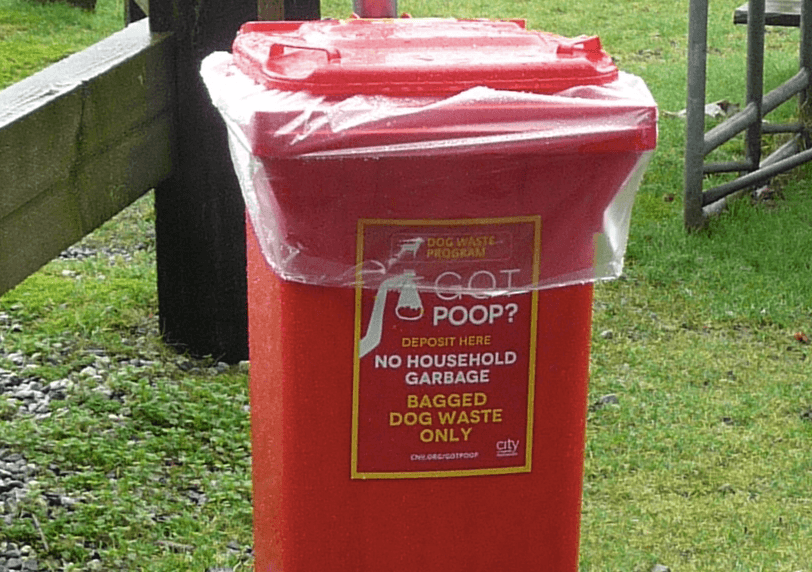 A close-up of a ‘dog waste only’ bin.

According to the city, “all bins are emptied weekly and the waste is taken to the wastewater treatment plant for safe disposal.”

The City of North Vancouver also shared in a statement that “there are roughly 10,000 dogs in the city.” According to them, city dogs in the North Shore “produce 103 tons of waste a month or 1,241 tonnes a year.” 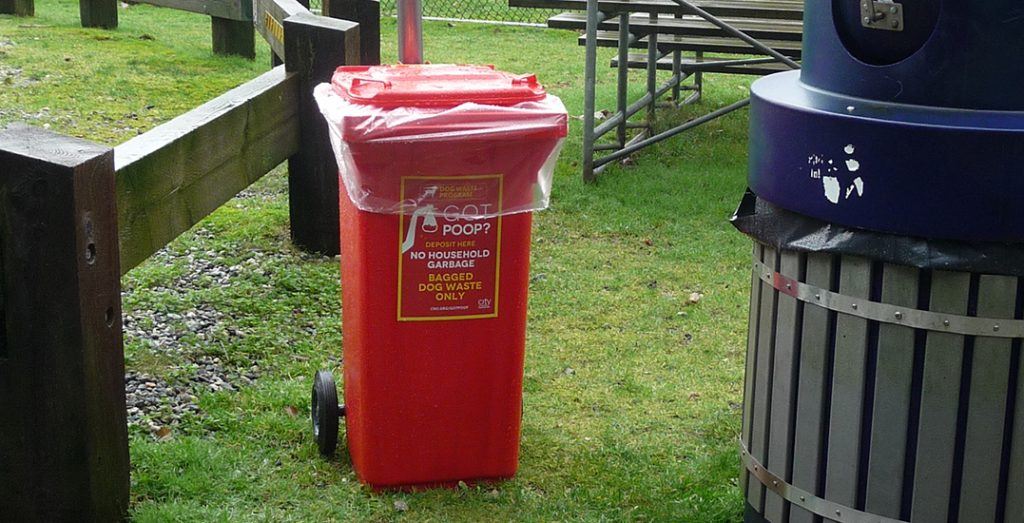 Via City of North Vancouver

Even though pet waste can degrade and disappear over time, the health issues are all the same. Studies have shown that up to 30% of bacteria in water samples can be linked to dog waste.

The bright red bins follow the city’s clever and uncanny response to tackling waste management. Just last year, signs could be found around the North Shore dispelling myths of a “poop fairy.” 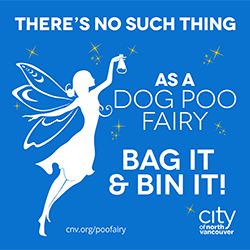 An older campaign to tackle waste management run by the city.