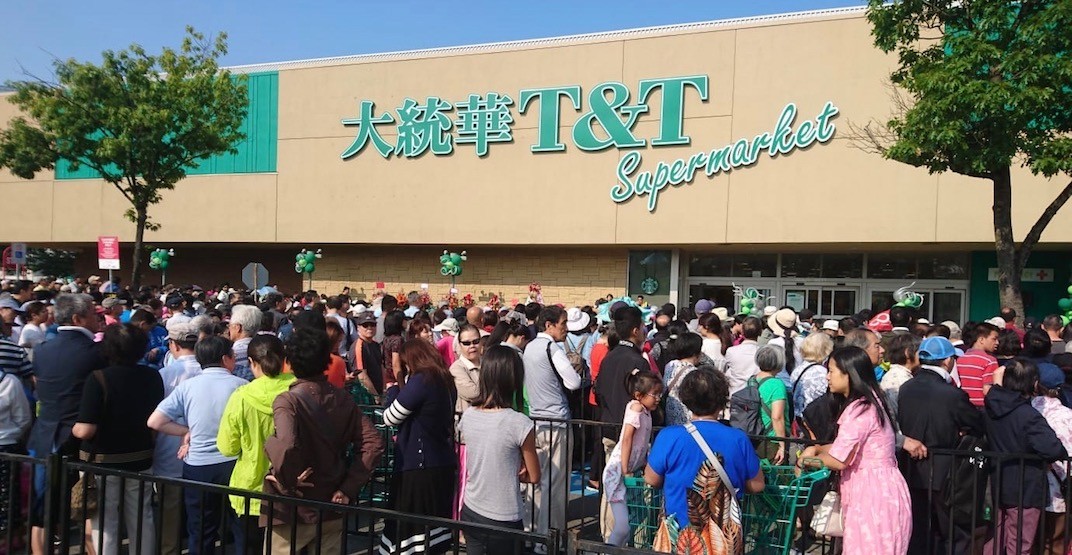 T & T Supermarket’s new location celebrated its grand opening today, and the lines for the store opening were massive.

The Lansdowne Centre location opened on Thursday, August 16 at 10 am, where hundreds of people gathered around the entrance of 70,000-sq-ft T & T (the biggest in Canada) to get in on deals like $10 gift cards, free tote bags, and an $8 lobster special. 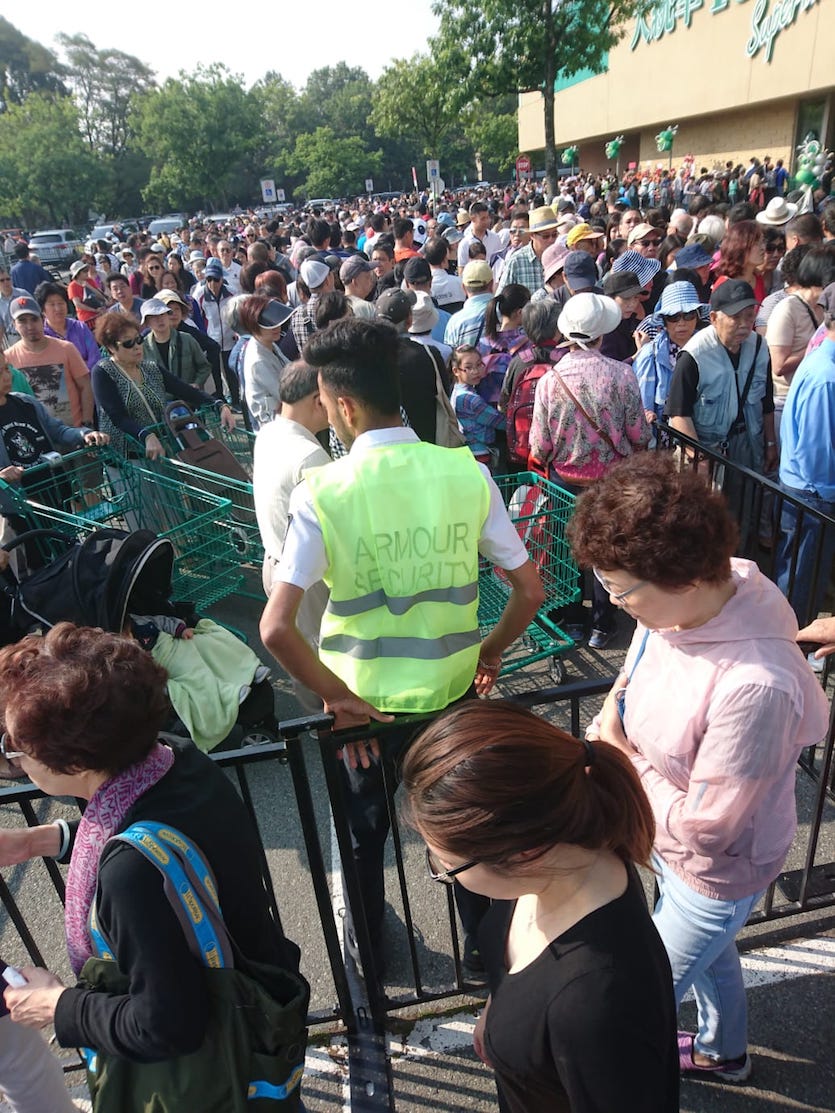 The new store, located in the former space of Target on the southeast corner of the sprawling mall property, will be a temporary location that will be open for approximately 10 years, until the phased redevelopment of Lansdowne Centre necessitates the demolition of the space T&T Supermarket is located within. 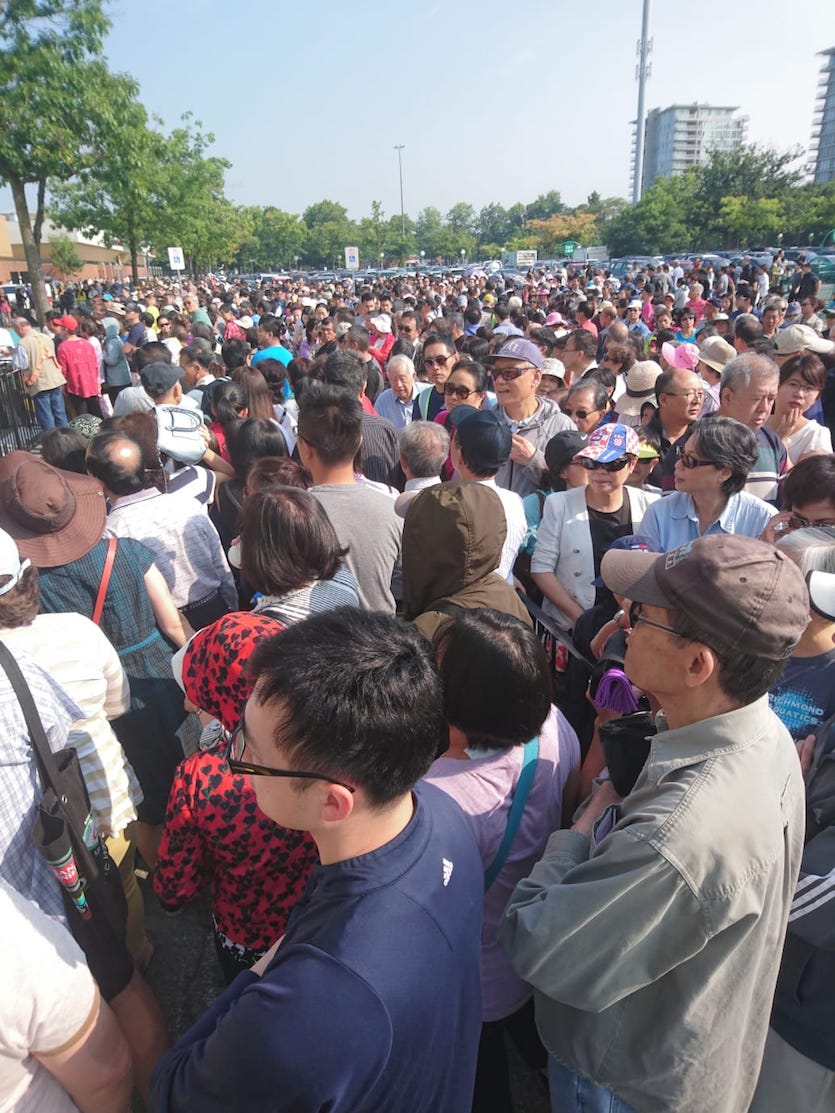 There are already two other T & T Supermarket locations within a two-sq-km radius – the other stores are located at Yaohan Centre and within a new development just across from Richmond Olympic Oval.

Up until 2015, the chain previously had a small store within President Plaza, located between Yaohan Centre and Aberdeen Centre.

Before the end of the year, T & T Supermarket will open a new 33,000-sq-ft store location within the new Kensington Gardens redevelopment by Westbank at 2220 Kingsway in East Vancouver.