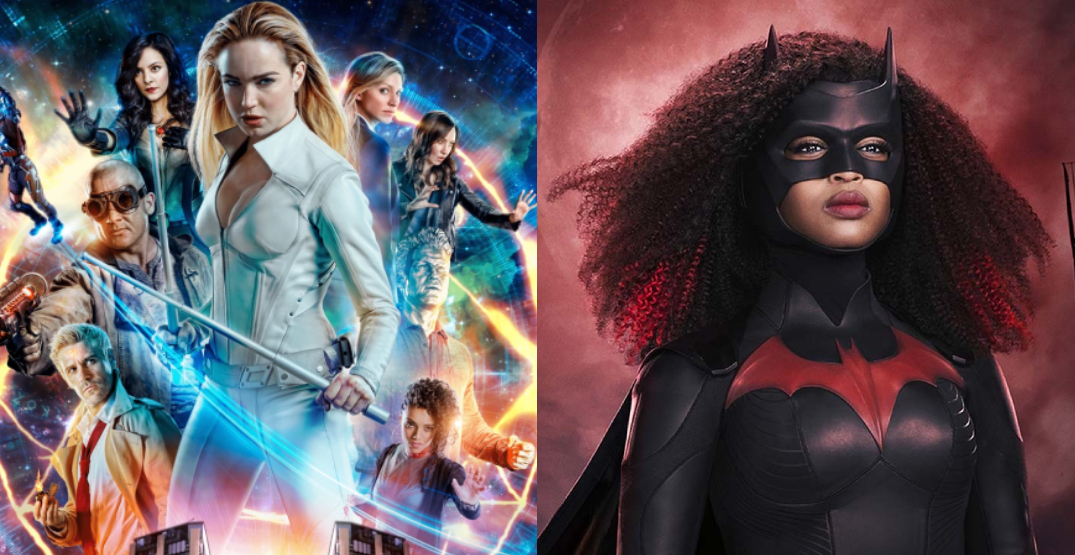 Legends of Tomorrow (left) and Batwoman (right). (The CW)

Two major DC Comics’ television series that have fuelled Vancouver’s film and television industry for years were abruptly cancelled today, leaving fans of both shows without a proper conclusion to years-long plots.

This includes Legends of Tomorrow, which began filming in Vancouver in 2015. The decision to end the show after seven seasons with 110 episodes makes it the fourth longest-running series within The CW’s Arroverse.

Legends of Tomorrow co-showrunner and executive producer Keto Shimizu broke the news Friday evening in a tweet, stating that “it’s been an incredible run… We are heartbroken, but also immensely grateful for the amazing work our cast, crew, and writers have contributed to the little show that could.”

“Thank you to our fans; your love and passion for our strange band of misfits has made every break, every script, every daily, every cut, and every mix worth all the hard work.”

“So many inspiring, brilliant people contributed to this series. Thank you producers, cast and crew. Thank you, fans! We love you,” she wrote in a tweet.

Both shows unwittingly aired their series finale in early March 2022.

Thank you to our fans; your love and passion for our strange band of misfits has made every break, every script, every daily, every cut, and every mix worth all the hard work. We see you, we love you, and you’ll always have a place on the Waverider. ❤️

Just got the sad news that #Batwoman will not be seeing an S4. I am bummed, but full of gratitude. What an honor to make 51 episodes. So many inspiring, brilliant people contributed to this series. Thank you producers, cast and crew. Thank you, fans! We love you. ❤️

This cuts down the number of active made-for-television series under the Arrowverse umbrella to just two series, which are both also filmed in Vancouver. At its peak, the Arrowverse had six overlapping series.

Last month, the network renewed The Flash and Superman & Lois for a ninth season and third season, respectively. Filming in Vancouver for both series will resume soon.

Superman & Lois is a spinoff of Supergirl, which ended its run in 2021 after six seasons with a combined total of 126 episodes.

The Arrowverse began in 2012 with namesake series Arrow, which ended its run in 2020 after eight seasons and 170 episodes. The television comic universe that was initiated with Stephen Amell’s portrayal of Oliver Queen made its first expansion in 2014 with the creation of The Flash starring Grant Gustin, which remains the strongest performing series in the Arrowverse.

Similar to the Marvel Cinematic Universe, the various Arrowverse series were known for their crossovers to build a web of interlinking plots, build on the DC source materials, and expand the fan base and television audiences.

Arrowverse series are also currently available on Netflix, with each new show aired during the television season added to the streaming service shortly after the season finale is aired.

The end to Legends of Tomorrow and Batwoman will have some short-term impacts to Vancouver’s film and television industry, but local studio space and the workforce allotted to both major productions will likely find new work relatively soon given the high demand from Hollywood to send more of its projects to Hollywood North.

Metro Vancouver is entering the start of a massive building boom of major new film and television production lots, and expansions of existing campuses.

Beyond superhero fiction, another major ongoing The CW series filmed in Vancouver is Riverdale, which was renewed for its seventh season last month. Vancouver has been a key production hub for The CW over the past decade, and this is expected to continue with new series in the future.