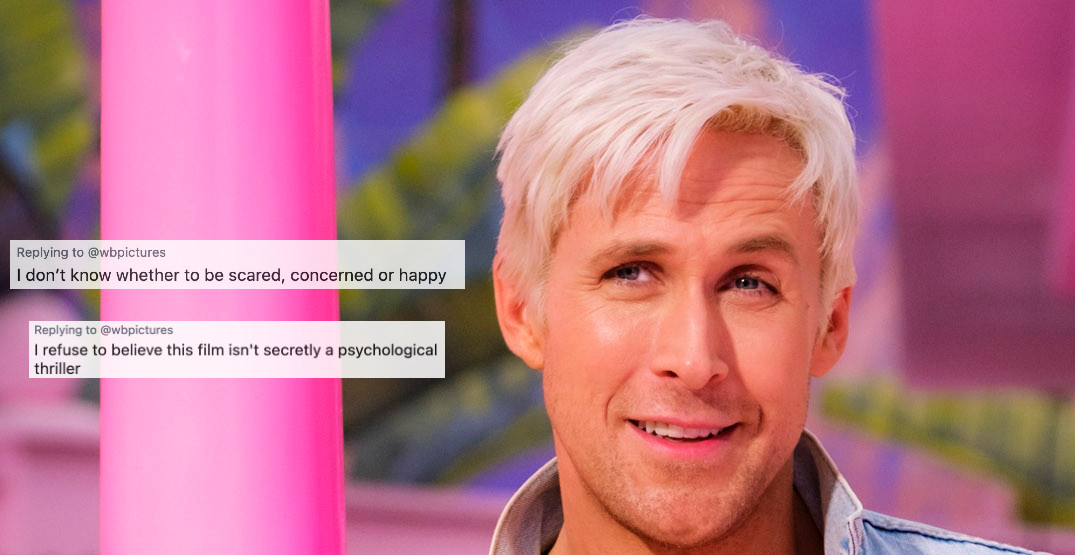 While we’re still one year away from the release of the Barbie movie, Warner Bros Pictures gave fans a sneak peek of Ryan Gosling as Ken, and it seems life in plastic isn’t always fantastic.

Warner Bros tweeted out a picture of Ken on Wednesday morning, and the tweet had received well over 25,000 likes just two hours after it was posted.

While many people who responded to the picture were fawning over Gosling’s ravishing good looks and chiselled upper torso barely hidden by a denim vest, others didn’t seem as impressed.

I don’t know whether to be scared, concerned or happy

Regardless of whether you’re into it or confused like many seem to be, it’s hard not to be intrigued by this movie, which stars Margo Robbie as the titular Barbie.

#BARBIE
July 21, 2023
Only in theaters pic.twitter.com/mauCGpizD1

Other notable actors like Will Ferrell, Michael Cera, Simu Liu, and Kate McKinnon have also been cast in the film, but their roles haven’t yet been revealed.

“There’s something deeply upsetting about this image and I’m not sure what it is but I think I’m on board with it,” wrote one user on Twitter.

The official synopsis for the film suggests it’s a romantic comedy film, but not many other details have been shared. The movie is being written and directed by Greta Gerwig, who also directed Little Women and Lady Bird.

Despite some of the mixed reactions, many seem quite excited about Gosling’s new look.

You’ll get to spend a lot more time with Ken when Barbie releases on July 21, 2023 — water bottle not included.