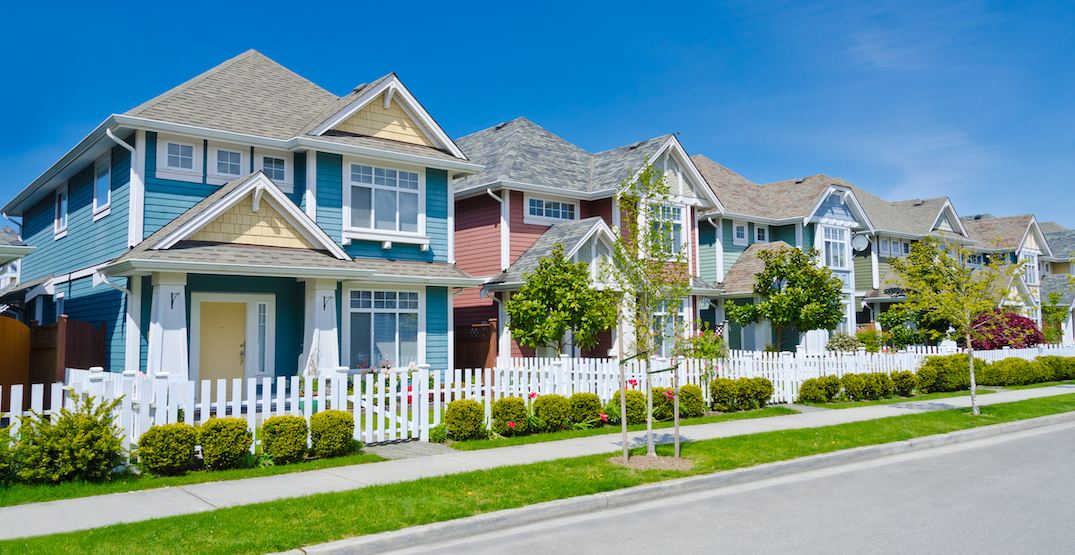 A row of townhouses in Vancouver. (Shutterstock)

Three more overnight interest rate increases by the Bank of Canada (BoC) can be expected before the end of 2022, which will have ripple effects across the Canadian economy including housing demand and prices.

According to comparison website Finder’s pooling of opinions by experts with Canada’s private financial institutions, the majority anticipate there will be another three rate raises later this year — most likely in July and September for the next two.

This follows today’s announced rate increase of 0.5% to reach a rate of 1.5%, and it is a move to put a real damper on inflation, which reached 6.8% in the month of April alone — well above the BoC’s previous forecast.

The pandemic-time low rate of 0.25% continued into early 2022 as a measure to stimulate the economy by encouraging borrowing and the resulting investment activity. But with rampant inflation across consumer goods and fuelling escalating home prices earlier this year, BoC increased the rate for the first time in five years to 0.5% in March, and then to 1% in April.

However, analysts with Finder believe the BoC should implement a smaller increase in June of only 0.25% to “continue on a cautious path, pausing as necessary to assess the outlook, especially given the concerns about Canada’s underlying household debt and household sector vulnerabilities.”

Correspondingly, according to Finder’s compilation of experts, a quarter believe a Canadian housing correction is already underway as a result of the rate hikes, while 6% see it happening this summer, 13% see the correction coming in the end of 2022, 6% expect the correction happening early 2023, and 12% say the correction will not come until 2024.

But 38% of experts do not believe a housing correction will occur within the next two years.

When asked about the likelihood of a recession, the economists were completely divided, with 50% seeing it happening in the next year and a half, and the other 50% noting they do not see a recession happening at all within the next two years.

“It’s becoming a self-fulfilling prophecy. Many financial agencies started raising flags regarding possible economic downturns. It also depends on what happens to the real estate in the near future, how the supply-side issues are being managed and what would happen to the Russia-Ukraine crisis,” reads the report.