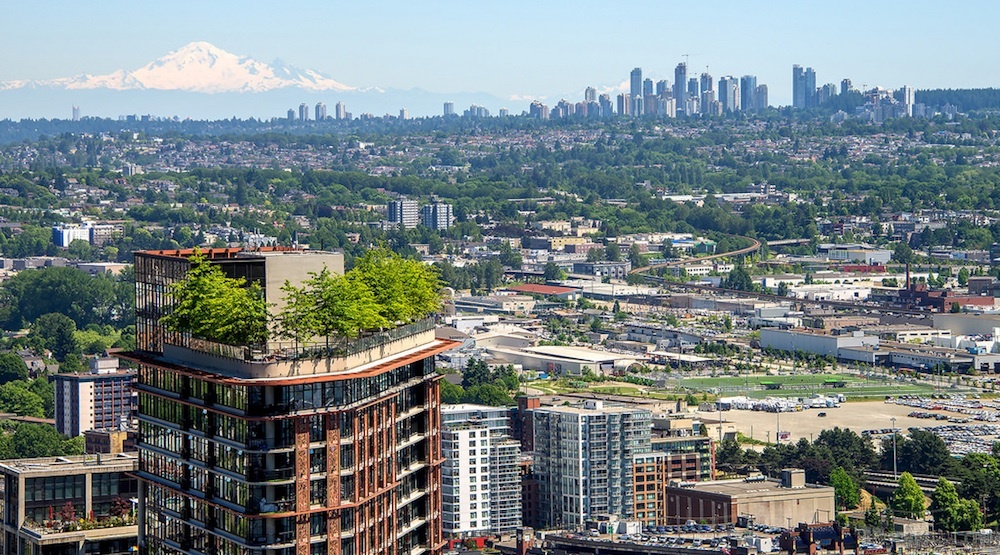 The Woodward's Building in downtown Vancouver in the foreground; the ever expanding Metrotown skyline in Burnaby in the background; Mount Baker (Washington State) in the distance. (globetrekimages/Flickr)

Residents in central, urban areas flocked to the suburbs during the height of the pandemic, prompting suburban areas to see the highest housing demand over the last two years.

FVREB’s jurisdiction includes much of Metro Vancouver, including Surrey, Delta, North Delta, White Rock, and Langley, as well as Abbotsford and Mission in the Fraser Valley.

The year-over-year drop in home sales within FVREB will be the greatest among 12 real estate boards across the province.

The rest of Metro Vancouver, including Vancouver

This general downward trend in home sales volumes and average price increases will be seen across the province, including the rest of Metro Vancouver within the Real Estate Board of Greater Vancouver’s (REBGV) jurisdiction.

BCREA chief economist Brendon Ogmundson puts this slowdown trend squarely on the expectation that mortgage rates will grow to over 4% for the first time in over a decade.

However, he notes that because inventories reached such low levels over the past year, it may take up to a year or more in some areas to return to normal inventory volumes.