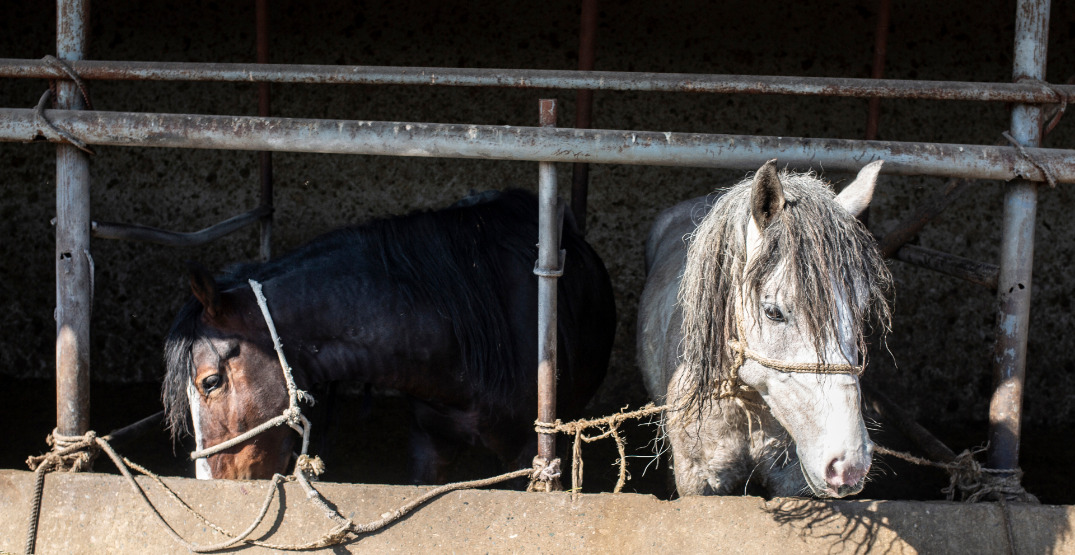 In a mandate addressed to the Canadian Minister of Agrilcuture and Agri-Food Marie-Claude Bibeau, Prime Minister Justin Trudeau called for a ban on the practice of live horse exports for slaughter among a series of other climate and agriculture related requests.

The mandate includes what Trudeau suggests are demands he has heard from Canadians when it comes to taking on climate change, reconciliation, and inequities present in society. It was one of many mandate letters addressed to the various ministers in government.

The inclusion of his recommendation to stop the practice of exporting live horses for slaughter is a big step for supporters of a campaign that has spanned years.

The campaign to stop the export of horses for slaughter has steadily been gaining traction and gained a significant boost when Canadian entertainer Jann Arden joined the cause.

She took to Twitter to address the mandate from the Prime Minister.

STOPPING LIVE HORSE EXPORT FROM CANADA TO JAPAN is IN THIS MANDATE! Let us please take action Liberals- and END THIS SINISTER PART OF CANADIAN AGRICULTURE!! https://t.co/ztcmaPqU5B

According to the primary social media account behind the #horseshit campaign, live horse exports for slaughter have increased significantly in 2021.

“Canadians expect us to work hard, speak truthfully and be committed to advancing their interests and aspirations. When we make mistakes – as we all will – Canadians expect us to acknowledge them, and most importantly, to learn from them,” reads a portion of the mandate from the Prime Minister.

In total, 38 mandate letters were sent, one for each cabinet minister. You can read the full letter on climate and agriculture here.

Daily Hive has reached out to Minister Bibeau for comment.