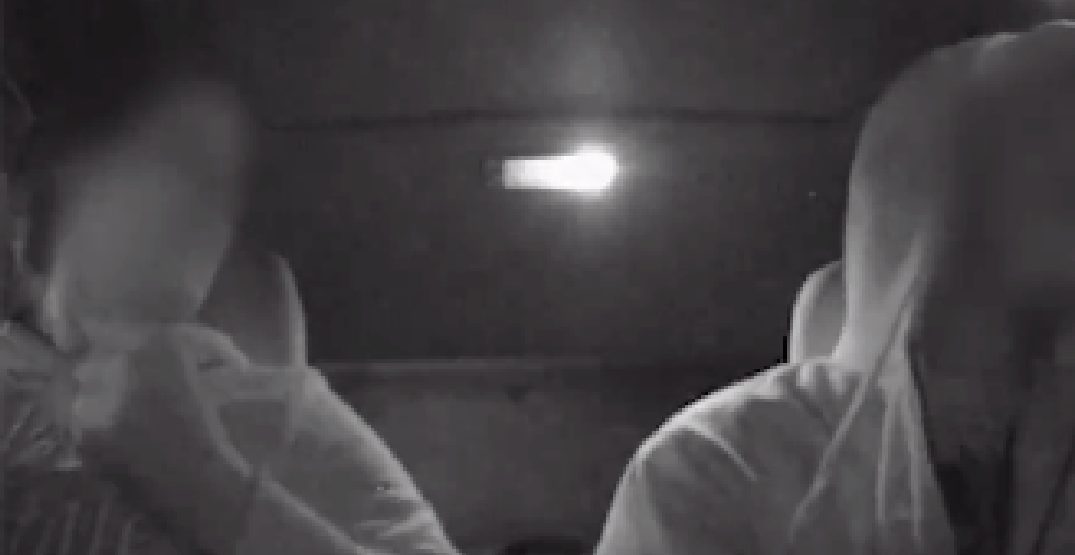 A video of three people stealing a bait car and driving to a McDonald’s in Abbotsford, BC, before ultimately being arrested was released by BaitCar.com this week.

The two-minute video, captured by the car’s security camera, begins with the three would-be robbers in the vehicle proclaiming how proud they are of their conquest.

“F**k we look good in this one, baby,” says one of the culprits.

The woman in the video then comments that she’s starving and suggests they stop at McDonald’s.

“I’m so excited right now,” she adds. “My life just got so much better.”

It’s not until after they place their order at the McDonald’s drive-thru for two Junior Chickens and three McDoubles, that they realize the predicament they’re in.

Moments later, police are on scene demanding the group get out of the car with their hands up.

When these car thieves stole a Bait Car, their first thought was to hit the drive thru. Watch the @AbbyPoliceDept make swift work of this auto theft in a rather embarrassing location.

All in all, the video serves as a good lesson of what not to do – on a number of fronts.