A 19-year-old male has been found dead after a daytime shooting that took place in Abbotsford.

According to police, the incident took place on Monday, November 12 at 3:30 pm.

Emergency services were called to the intersection of Simpson Road and Ross Road after reports of a shooting. 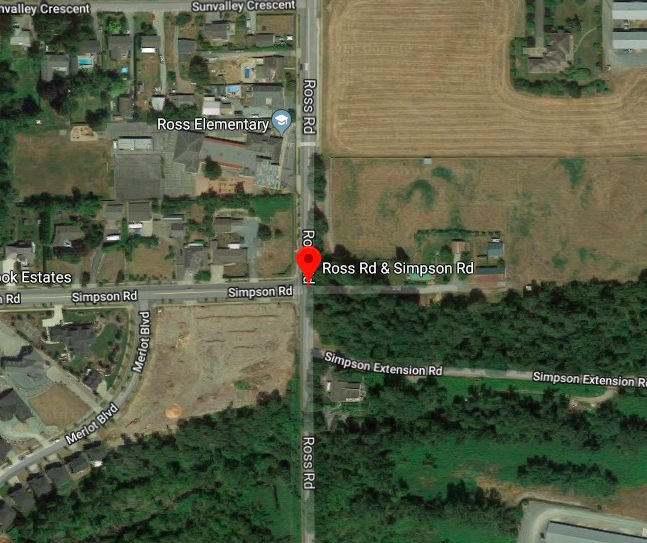 Officers arrived on scene and found an injured male suffering from a gunshot wound. He was transported to the hospital by air but succumbed to his injuries and was pronounced dead.

His identity has not been released, although it was confirmed that he was an Abbotsford resident.

Update: The Integrated Homicide Investigation Team has taken over the investigation.

“This shooting occurred near a public school, a blatant disregard for the safety of the community. We are fortunate that school was not in session at this time,” says Corporal David Lee of IHIT. “We believe this incident was not random and is linked to the ongoing gang conflict in the lower mainland.”