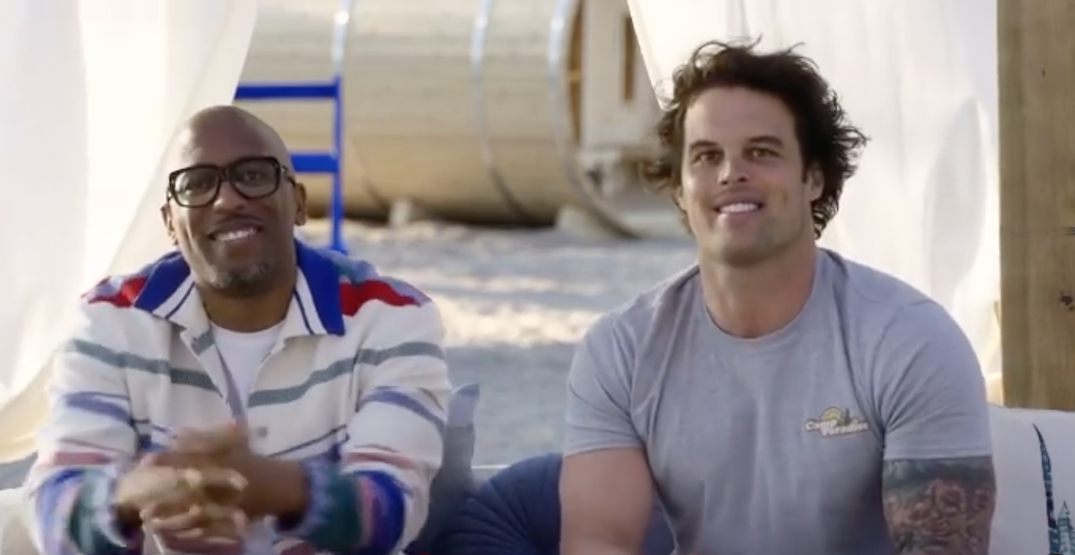 Bachelor in Paradise Canada is kicking off in just a matter of days, and fans are already dying to figure out what the new show has in store.

The original Bachelor in Paradise is normally shot on a balmy beach in Mexico, but the Canadian version is taking place in the heart of Ontario cottage country and, as to be expected, is going to be extremely Canadian.

BIP Canada‘s host Jesse Jones and resident bartender Kevin Wednt (who fans may recognize from season 5 of Bachelor in Paradise) dropped a few clues about what fans can expect from the new show.

Although they couldn’t reveal exactly where the show was shot, Wendt and Jones say it takes place on a beautiful northern Ontario lakeside.

“Some people might watch and say, ‘Oh, I didn’t know where they are,'” Jones told Daily Hive. “There’s a running thing online right now, everybody’s trying to guess. So we just can’t say whether or not they’re right, but it’s fun to see where everyone thinks we are.”

A post shared by Bachelor in Paradise Canada (@bachparadiseca)

The show will have all the essentials that Bachelor Nation fans have come to know and love from the original Bachelor in Paradise, but with quite a few Canadian twists.

“We weren’t out to just replicate what America does,” Wendt said. “I think the idea of Paradise in Canada is that lakefront summer feel by the campfire, and I think that’s the atmosphere we captured really well. We also took all the important things from America like the roses and the drama and the love, but then we added a nice Canadian twist.”

The show traded in the usual tropical crabs that roam the Mexican beach in the American version for some Canadian cottage country critters — a few friendly skunks and some deer, according to Wednt. And the cast also got to sip on some purely Canadian drinks while they hung out dockside.

“I made a lot of Moscow mules, and Jesse had his first tequila mule and got used to them pretty quick,” Wendt said. “I think the copper cups and the ginger beer were probably the cast favourite, but I did pour a lot of wine to stay on The Bachelor train. A lot of steam whistle beers — a Toronto brand, obviously.”

And the dates themselves will have Canadian twists, with Wendt teasing that ice skating and maple syrup will be included. And one of the cast members — former Bachelor and Bachelor In Paradise contestant Angela Amezcua — took to Canada so well that Wendt says she just might want to become Canadian.

“She definitely finds her way in this season and she had a great time,” Wendt said. “I think I wouldn’t be surprised if one day she just wants to come be our neighbour in Canada because she loves it here so much.”