As we near the halfway mark of 2018, rent costs continue to rise across the country.

This month, according to PadMapper, 15 cities saw an upward trend in the average cost of rent for May, while only 9 decreased and 5 stayed flat.

Like every month so far this year, Vancouver and Toronto battled for that first place prize.

In May, Vancouver beat out Toronto as the most expensive city with a nearly 5% monthly growth rate to $2,100 – only $20 more than Toronto’s rent. The good news is, two bedrooms in Vancouver stayed flat at $3,200. 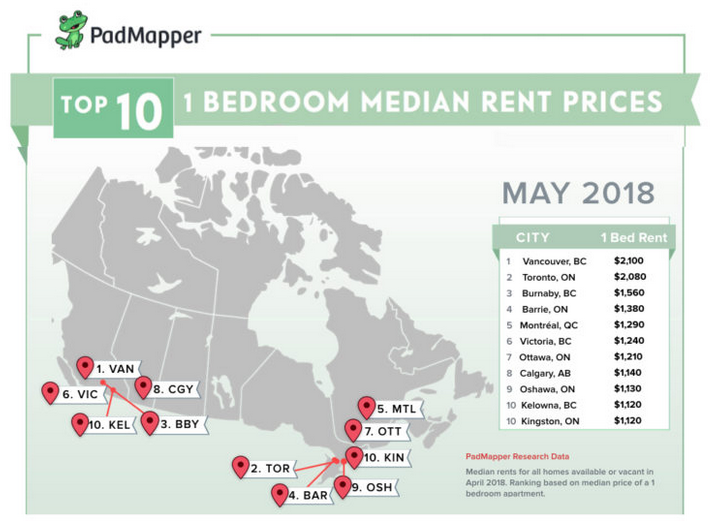 And the fifth most expensive city this month is Montreal which has seen one-bedroom prices increasing 0.8% to $1,290 and two-bedrooms growing 0.7% to $1,520.

The largest monthly growth rate in the nation took place in Quebec City, where one-bedrooms shot up 5.3% to $790. Two-bedrooms also jumped 5.3%, settling at $990.

Rent for a one-bedroom is a cool (and slightly unbelievable) $690. 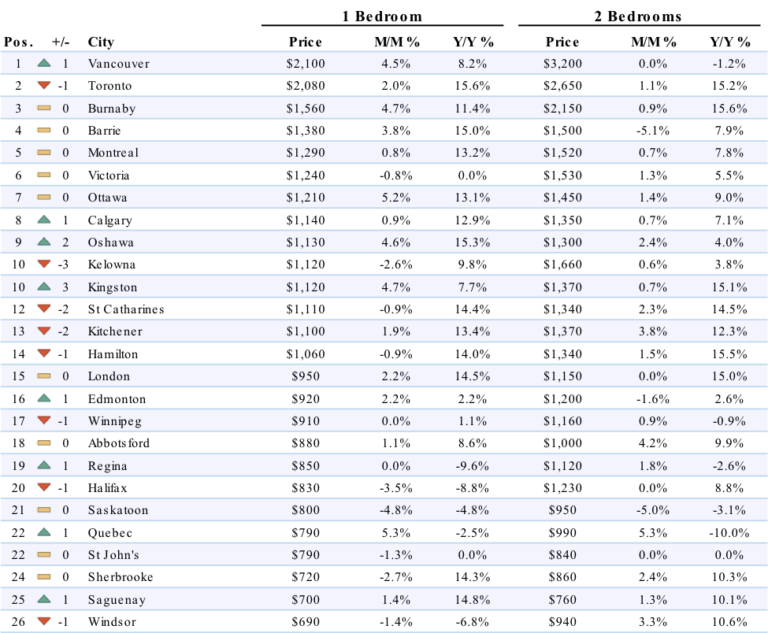